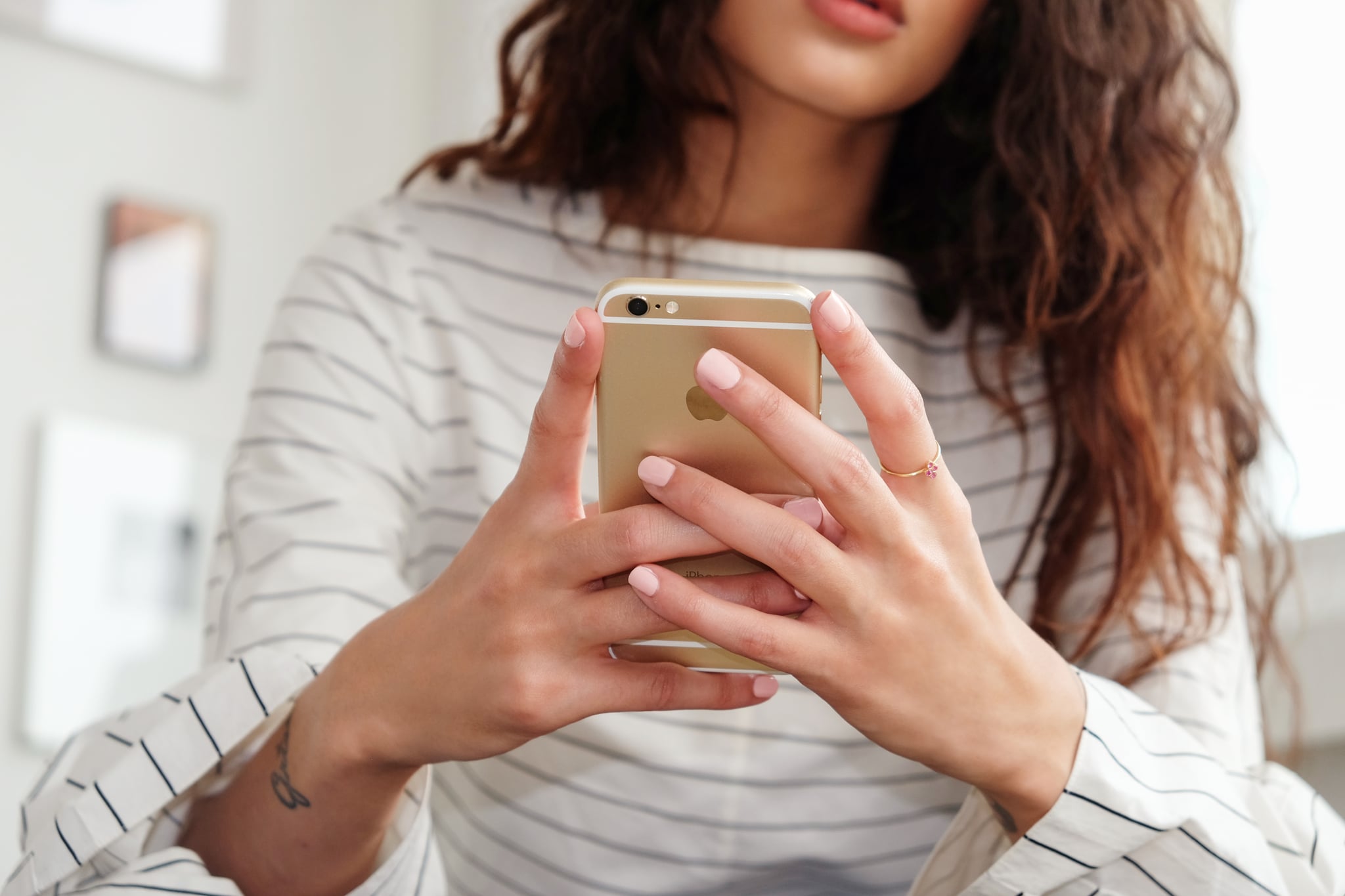 I can't pinpoint the time I started watching TV while also scrolling through my phone, but I do remember the day I realized my double-screen habit had gotten a little out of hand. As I sat on the couch watching an episode of This Is Us from my DVR, I found myself rewinding not once, not twice, but five (!) times because I'd been checking email and Twitter rather than paying attention.

At first, I thought, what's the big deal? It's fun to scroll through funny tweets about The Bachelor while I watch the show, and as a parent, I have limited time to myself, so why not multitask by moving through my DVR and my inbox at once? That's just me being efficient! Well, here's the thing: once I became aware of the two-screen habit, I couldn't help but notice the negative effects. In splitting my attention between multiple tasks at once, I wasn't giving anything my full attention. I'd walk away from a TV/texting/email/Twitter session feeling frazzled and unsure. Did I word that email correctly? Did I write back to that text? Wait, what is going on with Beth and Randall?!

Determined to be more intentional with my time, I recently created a rule for myself: I could only look at one screen at a time, and there had to be a reason. If I was watching TV or using my phone, I had to being doing so for a purpose — even if that purpose was just that I love Friends and I needed a little me time. In other words, no more Instagram while watching a movie with my husband, and no more catching up on work emails *just because* when my son wanted to curl up on the couch for an episode of Sesame Street on Saturday morning. And as for the mindless scrolling, those minutes (hours?) checking apps just because I'm bored? Well, they're pretty unfulfilling.

Weeeell . . . sticking to that guideline was much more challenging than I'd expected. I'm typically in front of the TV for an hour each night and for a couple hours on weekends, and that TV time is consistent. Sometimes I'm tuning in for work, and a lot of the time I'm watching TV for fun, but in any case, I hadn't realized just how much of that TV time was also spent with my phone in my hand. Now that I'd become aware of it, though, I made note of how often I felt tempted to reach for my phone, and why.

Here's what I realized: Sometimes I felt a little bored by a show or a movie, and a lull in the action made me think, Time for Instagram! Sometimes a random to-do came to mind, so I wanted to check my calendar or edit my to-do list. More often than not, though, it was the pop culture geek in me that kept reaching for my phone. How were people reacting to that crazy plotline on Twitter? Wait, what was that actor in again? Are those costars still dating? Oh man, I have to see if my friend is watching this.

The thing is, my instincts were right — that downtime finally felt like downtime once I let myself just watch a show and enjoy it. Instead of sitting beside each other and staring at our phones, my husband and I talked about the movies we were watching and it felt more like a mini date. I snuggled up with my son to watch Mickey, and I played with his hair instead of checking my email. I started keeping a notepad on my coffee table so that I could jot down any to-do items that came to mind, and I realized that if I felt the need to reach for my phone a million times while watching something, it was time to turn off the TV, because I clearly wasn't entertained.

Again and again, I realized that when I turned off the TV, I felt little lighter, a little more ready to tackle all those tasks I'd have done halfheartedly if the TV was on. And when I did sit down to do them, it was with better focus and clearer intention. I felt relaxed and productive, and even better, I didn't have any extra time for the mindless scrolling.

Over the past few months, I've followed my own rule without much of an issue, and with only a few exceptions. If I know I need to be more available for work, I check email more consistently, and if The Bachelor is on, you better believe I let myself scroll through Twitter, because let's be real, conversations about The Bachelor are the best part. 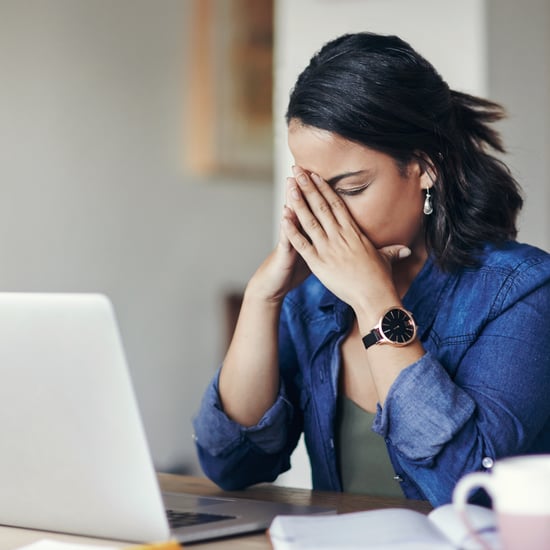 Sleeping Tips
4 Simple, Doctor-Approved Tips For Falling Asleep When You're Stressed and Overwhelmed
by Maggie Ryan 12/1/20 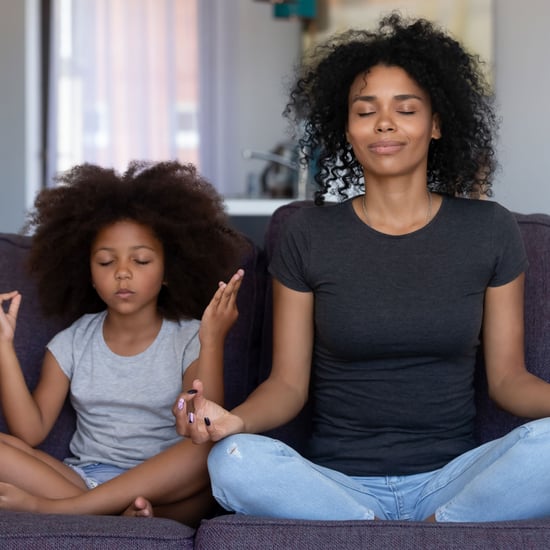 Anxiety
This Unexpected (and Simple!) Tip Has Eased My Anxiety — and It Could Work For You Too
by Macy Cate Williams 24/10/19 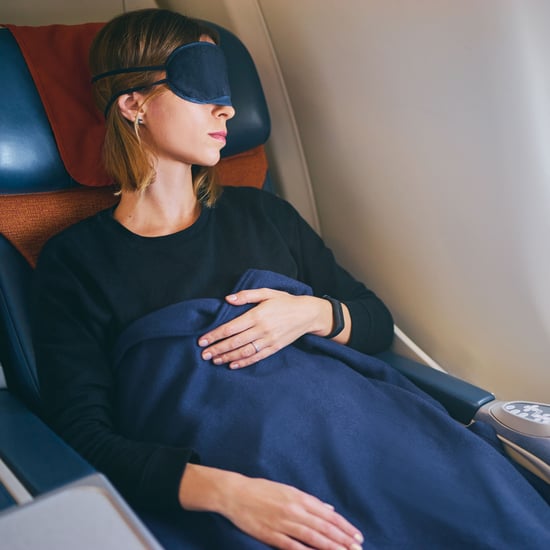