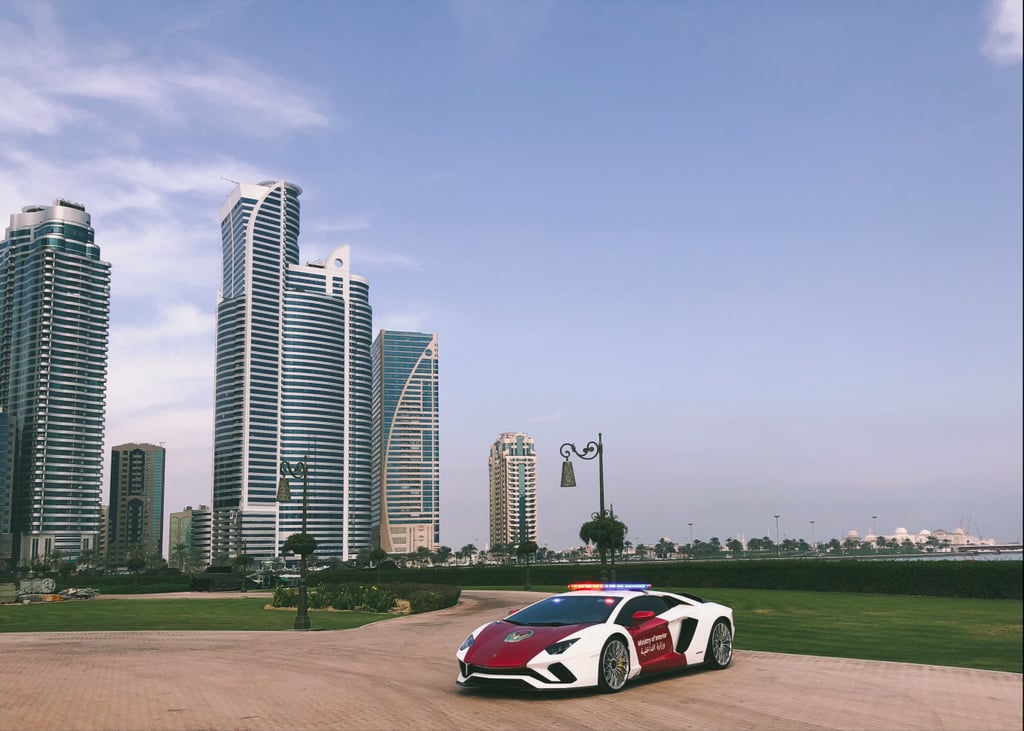 It's no secret that the UAE's police force has the most pimped fleet of cars. The Dubai Police actually hold the Guinness World Record for having the world's fastest police car; the Bugatti Veyron, which reaches 407 km per hour.

If that weren't enough, another hot vehicle has joined the ranks: a Lamborghini Aventador Coupe. This bad boy can go from 0 to 100km real quick, in under three measly seconds, and reaches a top speed of 350km/h.

The dreamy car has been painted with the Ministry of Interiors' livery and is currently being shown off with a tour of the seven emirates.

From a Rolls Royce, Bentley, Porsche Panameras, and two BMW i8's to a Ferrari FF, and an Aston Martin One – 77 (one of the only 77 that were made), the fleet of 14 supercars in the police force would make anyone want to be a police officer if it means a chance to drive one of these babies.

While we'll be sure to keep a look out for the latest edition, this probably won't be the end of the line for this super fleet – after all, this is the UAE, and here, there's always something bigger, better – and flashier to reach for.