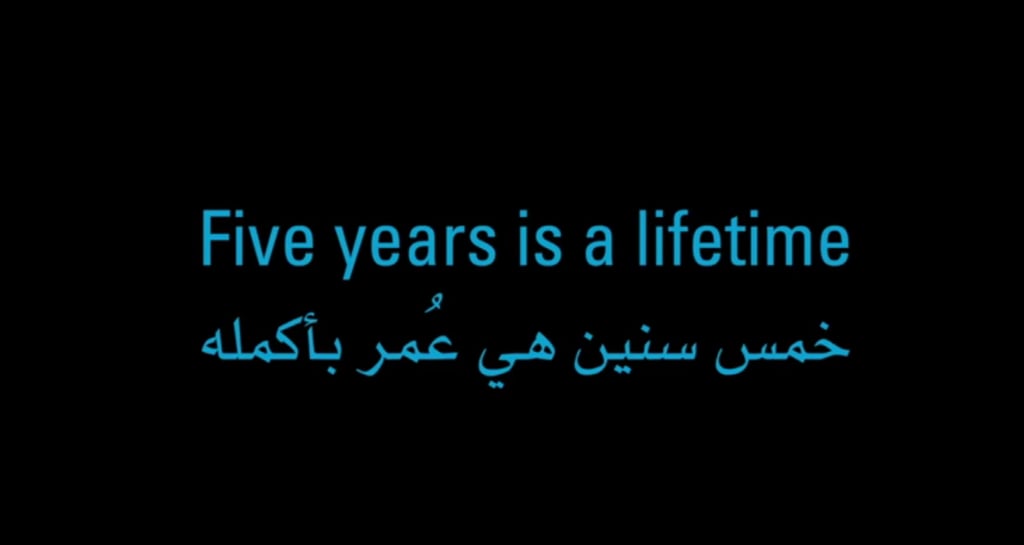 In a new video released by UNICEF, ambassadors for and supporters of the organization bring attention to the war in Syria.

In the short video, celebrities and advocates such as Liam Neeson, Vanessa Redgrave, Mia Farrow, and Mahmoud Kabil appear to talk about what could have been achieved if the war had not disrupted the lives of so many Syrians over the past five years. Syrian refugees appear in the video as well, and children as young as five-years-old discuss the war: "Five years," says one little girl about the length of the war, "that is all my life."

The video is both heartbreaking and illuminating, and at the end, a message appears asking views to stand with the children of Syria, and to join the voices calling for an end to this war.

If nothing else, UNICEF's video helps shed light on the violence in Syria, and allows for a clearer understanding on the ways in which the war is affecting the lives of civilians-- especially the youngest, most innocent ones.