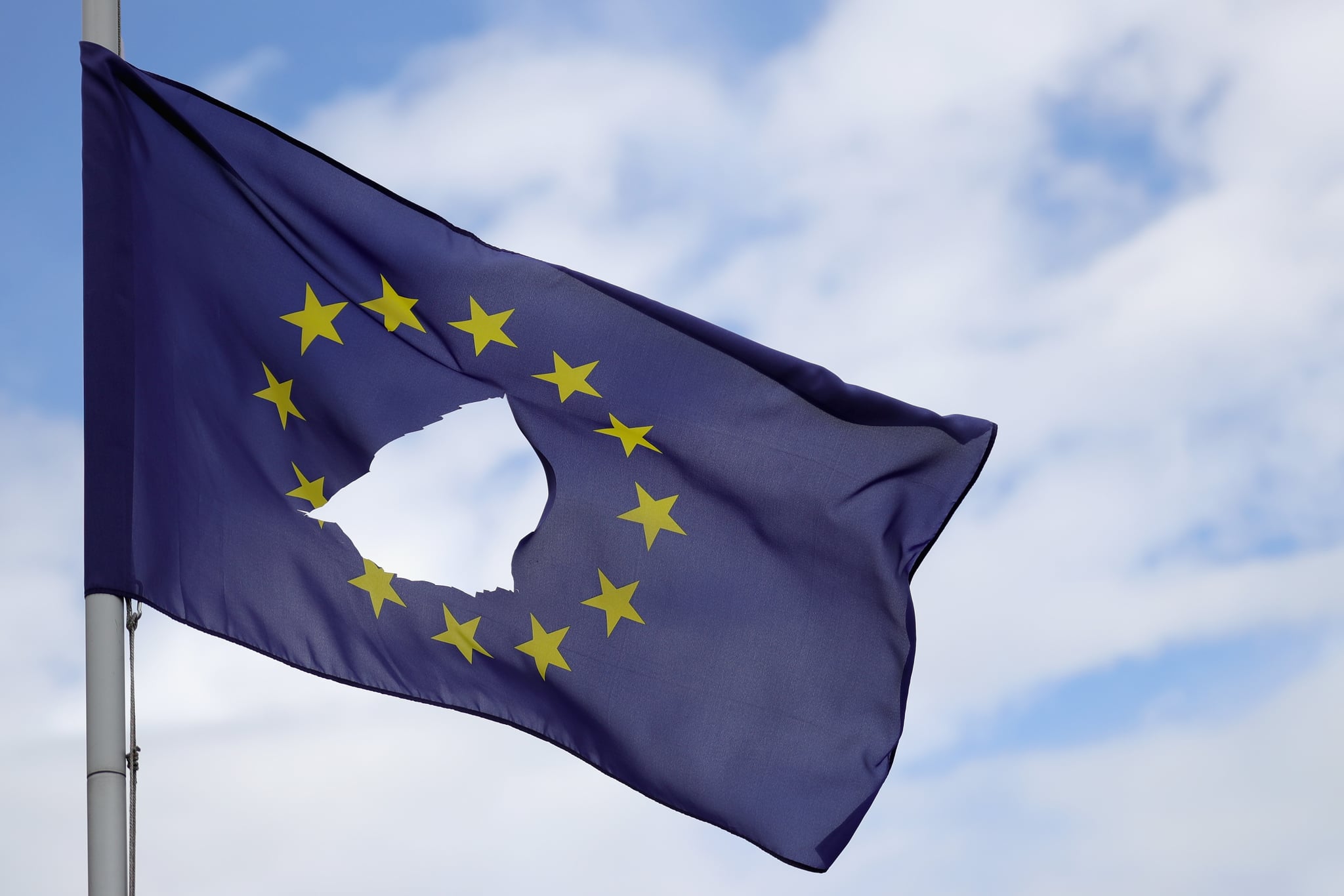 On Thursday, residents of the United Kingdom of Great Britain and Northern Ireland voted to leave the European Union. Seventy-two percent of the population turned out to vote in the referendum, and the results sound close: 51.9 percent "leave" vs. 48.1 percent "remain." But in numbers, that means a difference of almost 1.3 million votes. It was close, but not that close. The country has spoken, and we will now begin the long process of exiting the EU. What exactly does that mean?

Well, the first thing to understand is the difference between the European Union (EU) and Europe. Europe is a continent; the European Union is a politico-economic union of 28 member states. We're not "leaving Europe" (unless we find a way to move our land mass elsewhere). We're exiting the European Union. There are thriving European countries that aren't part of the EU (Norway, for example). But members of the EU enjoy many benefits, including access to the European single trade market, free movement throughout EU countries, and the freedom and safety that came as a result of the European Convention on Human Rights.

But there are downsides too. There are huge costs involved with membership, and those costs are greater for wealthier countries like the UK, since they are based off a fixed percentage of gross national income. Though Margaret Thatcher negotiated a huge rebate for the UK in the '80s, the UK still pays billions to the EU each year. "Leave" campaigners argued that we could be spending this money on our own services (in particular, the NHS), while "remain" campaigners argue the numbers are inflated and that we get other benefits that offset the expense. There are famously huge levels of bureaucracy within the EU. After all, these people make huge decisions that affect millions of people, but they also waste time and money passing legislation on everything from how olive oil can be served in restaurants to the length of bananas sold in supermarkets. Though we do vote for our European parliament representatives, turnout for those elections rarely reaches the dizzy heights of Friday's 72 percent. We have a love/hate relationship with the EU and often try to keep our distance; we didn't adopt the Euro as currency, for example, and that proved to be a good decision in the following years.

Some British citizens are concerned that immigrants are taking jobs and using services that "belong" to Brits.

But perhaps the biggest concern for many people is immigration. Despite immigration being a very small part of what it means to be part of the EU, it became a huge talking point during the campaign. Freedom of movement in the EU means that people from other EU counties can live and work in the UK without a visa. This works the other way, of course: British citizens have the same privilege. FullFact reports that in 2015, an estimated 85,000 Brits emigrated to other EU countries, while 270,000 EU citizens immigrated to the UK. That means a net EU migration of 185,000 people. Some British citizens are concerned that these immigrants are taking jobs and using services that "belong" to Brits. Far-right political parties like the UK Independence Party (UKIP) have fed off this fear, calling for tighter immigration policies and blaming immigration for a whole host of problems. While it's true that charity begins at home and a small island can only house and support so many people, the lengths to which some political parties have gone to demonstrate this have caused outrage from some camps. In the run-up to the referendum vote, UKIP leader Nigel Farage posed in front of a photo that showed migrants entering Europe with the caption "Breaking Point: The EU has failed us all." The photograph was of Syrian refugees escaping war, not EU nationals entering the UK. It was quickly likened to Nazi propaganda.

Your new poster resembles outright Nazi propaganda, @Nigel_Farage. Thanks to @brendanjharkin for pointing it out. pic.twitter.com/Rd89XZSvfD

I currently live in the London borough of Lambeth, which had one of the highest percentages of "remain" votes in the country at 78 percent. I am proud to say I was one of those voters. Lambeth is also a borough that has a larger-than-average immigrant population (last year almost 5,000 migrants became my neighbors). In most areas with high levels of immigration, people voted in droves to stay in the EU. Those of us who experience the benefits of a diverse community do not want to lose that. Many of the most staunchly pro-Brexit areas of the country have very few immigrants; The Guardian uses Castle Point in Essex as an example, where 72 percent of voters chose to leave the EU. In 2015, 81 new international migrants moved into the area. Though not all these people are voting based off their feeling about immigration, I'd wager that many are, as it's been thrust in front of us by politicians and the media for months.

A large portion of the people who voted to leave won't be around to see the long-term effects of that decision.

Perhaps the most important thing to note is the correlation between age and voting choice. An independent poll by Lord Ashcroft shows that older voters were far more likely to vote "leave" than younger generations. This has led to great unrest amongst millennials, many of whom believe that older generations are leaving them with a legacy they don't want. A large portion of the people who voted to leave won't be around to see the long-term effects of that decision. These are people who have their pensions secured, who've likely paid off their mortgages. Now their children and grandchildren face a period of unrest and uncertainty as to whether they will ever get the chance to do the same. They may benefit in the long run, but right now, they are angry and frightened. However, some younger Brits only have themselves to blame: older voters turned out in far greater numbers to vote in the referendum.

By the time the final result was announced, things were already looking bad. The events of the following few hours saw many of the worst predictions come true, and for many people in the UK, those first few hours of Friday morning were tough to bear no matter which way they voted. The pound fell to its lowest point since 1985. The FTSE 100 index fell more than eight percent in the first few hours of trading, though it regained some ground later in the day, and the Dow Jones Industrial Average dropped 620 points. Banks and property-related companies in the UK were particularly badly hit, with some shares down 20 percent. Pensions were damaged. We don't yet know what will happen to the housing market and mortgage rates, but rest assured there will be upheaval for anyone who owns a house or wishes to own one in the future. There's still a strong belief that these are short-term issues, caused by a gut reaction to change, but is that short term a few months, or a few years? 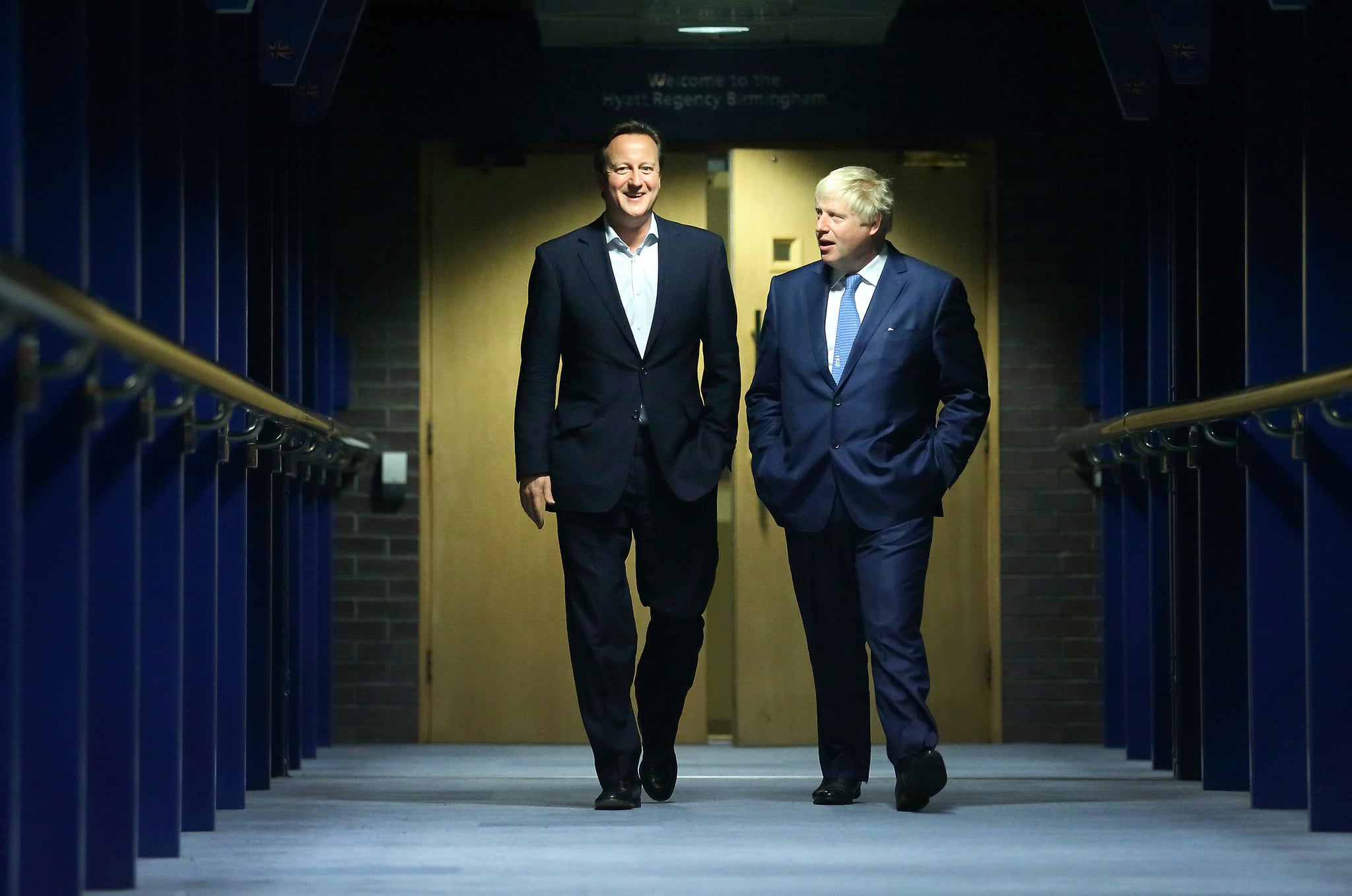 Prime Minister David Cameron — who had strongly campaigned to stay in the EU — tendered his resignation shortly after the results were announced. He will continue in his role until the Conservative Party votes in a new leader and aims to step down by October. At the moment, it looks like his replacement may well be Boris Johnson, the former London Mayor who went against the wishes of the Conservative Party to become one of the figureheads of the leave campaign (pictured above with Cameron). Many have accused Johnson of backing leave solely because he wanted to be PM, and this was the only way he could oust Cameron and make it happen. Meanwhile, members of the opposition, The Labour Party, have submitted a motion of no confidence in their leader, Jeremy Corbyn, who they believe failed to get the message out to voters that remain was the best choice. It's thought that a huge majority of leave voters are Labour supporters.

To sum up, within hours of voting to leave, the Prime Minister has quit, Labour MPs want to oust their leader, the markets have plummeted, and our currency has dropped to its lowest value in my lifetime. Scotland wants another referendum for independence, and Northern Ireland is looking likely to follow. Londoners, who voted strongly in favour of remaining, are even suggesting something similar for the city. Some Brexit supporters are beginning to regret their decision, but many do not, believing strongly that we can weather the initial storm and come out in a better place. The European Union is not perfect, and we have undoubtedly spent billions on things that have not benefited our country in the ways they should. But there's no denying that by exiting, the country has taken a huge risk, dividing generations and communities, and we now have to pick up the pieces and work out where to go from here.

Ironically, though we're exiting the EU, we will still rely on the generosity and understanding of our European neighbours to secure a prosperous future for the UK.

This starts with all the still-unanswered questions, like what happens to EU nationals who're currently living in the UK, what happens to our passports, and how will the government and the Bank of England offset the initial financial upheaval? And will there now be a border between Northern Ireland and Ireland? I feel like it will be a long time before we know the answers to a lot of these questions. The EU is now pushing us to exit quickly, but David Cameron wants his successor to handle it. This is particularly worrying. By leaving the EU, we've handed even more power to the UK government, and we will soon have a Prime Minister who's been elected by his or her party, not by the public. That person will have to work with other European leaders to strike new deals.

Ironically, though we're exiting the EU, we will still rely on the generosity and understanding of our European neighbours to secure a prosperous future for the UK. And right now they're probably pretty angry with us.