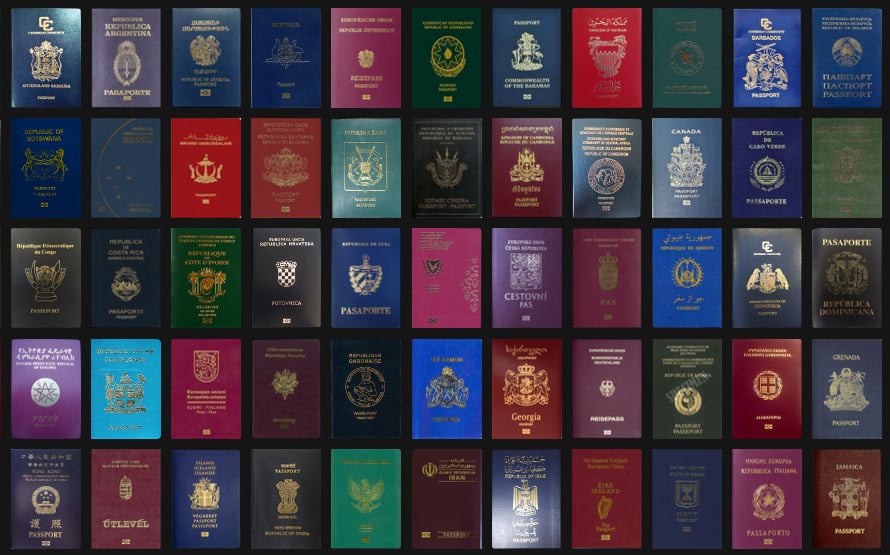 You can't travel without your passport-- but the color of the cover of this ultra-important document isn't as arbitrary as you may think.

Speaking to Business Insider, Hrant Boghossian, the vice president of marketing at the interactive passport database Passport Index, explained the significance of the world's most popular passport colors.

According to Boghossian, most passports come in four colors: blue, red, green, and black; though there is variation of shades within the four groups. With so many countries and so many cultures and traditions that shape the aesthetics of a nation, it's surprising that the color wheel is so limited for passport covers, but there's a reason behind the fact: "Passport production is a highly controlled process, and only few companies around the world are doing it," Boghossian said. The cardstock used for passport covers is "usually supplied by a third party" and therefore "only comes in certain color variations to meet the required standards."

So what does each color mean? And why is your passport the color that is? Let us explain.

Green is the most common color of choice for Arab countries. Boghossian told Business Insider that "most Islamic states use green passports because of the importance of the color in their religion." In addition to countries in the Middle East, other shades of green are also seen on passports from ECOWAS—Economic Community of West African States.

Black passports are not as common as brighter colors, though dark shades tend to make a document look more official. Botswana, New Zealand, and Zambia's passports are all outfitted in black.