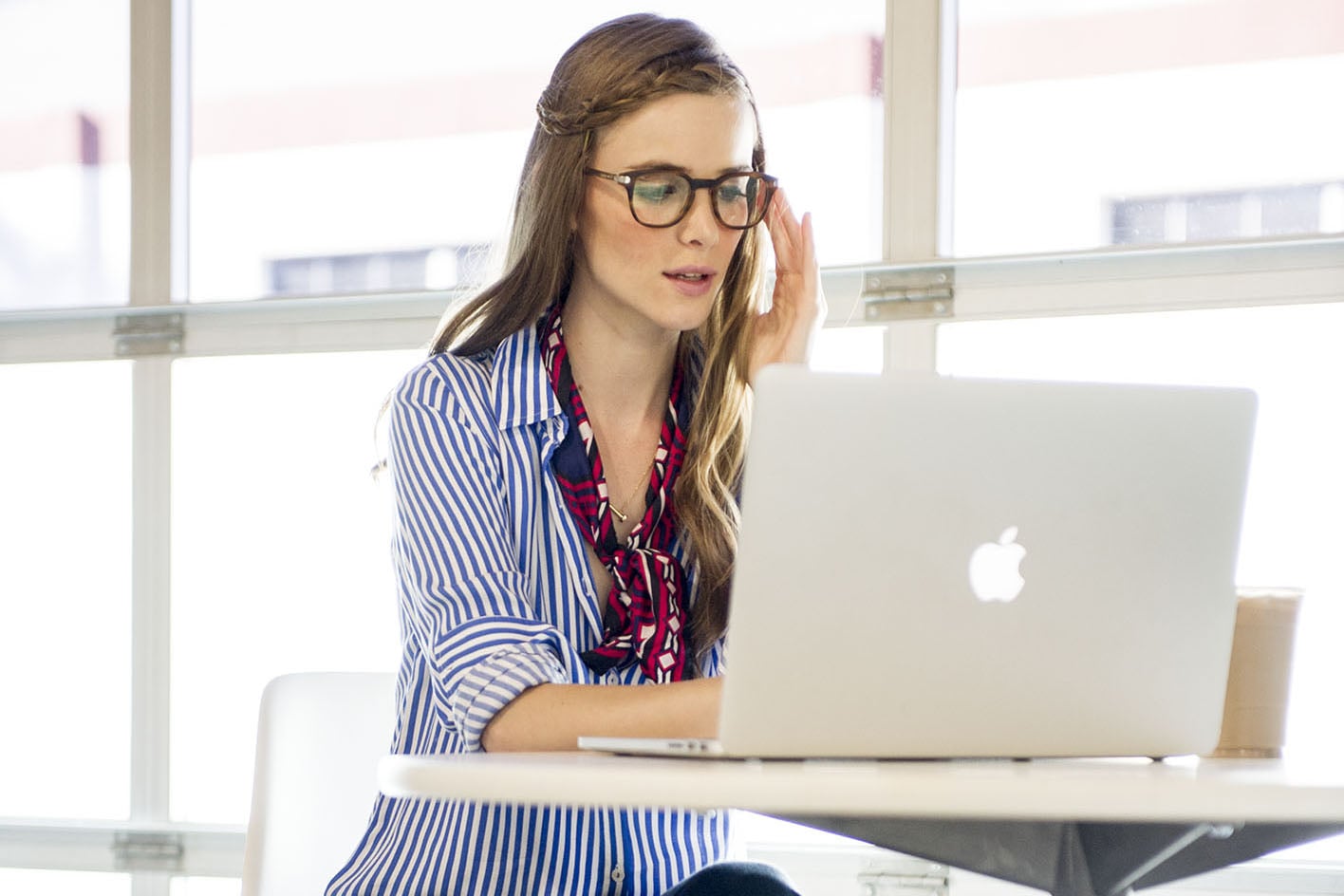 "Impostor phenomenon" may sound like the name of a little-known Tom Clancy novel, but it has become a serious issue among professionals, and it's especially adept at infesting the minds of young women. It can masquerade as low self-esteem, anxiety, and depression, but those are all just manifestations of a phenomenon first observed by psychologists Dr. Pauline R. Clance and Dr. Suzanne Imes in 1978. Also commonly known as "impostor syndrome, the phenomenon occurs when individuals convince themselves that their accomplishments are not due to their own intelligence or hard work. They feel as though their success should be credited to luck or forces beyond their control, and they believe that at any moment, their friends and colleagues will discover them for the fraud they truly are. In short, it's twisted.

I spoke to Dr. Imes and a fellow expert, Dr. Valerie Young (who quite literally wrote the book on it) about the phenomenon, and what — if anything — people can do to overcome their negative feelings.

What Is the Impostor Phenomenon?

The phenomenon can appear in different ways and in many different types of people, but the bottom line is that the individual doesn't feel responsible for her own success. Perhaps she gets a promotion, but she tells herself that it's only because her boss got a promotion and they needed to fill the space — not because she's earned the position. Not only does she feel she doesn't deserve the new gig, but she is also certain that her peers will discover that she doesn't know what she's doing at all.

"There's a cycle that people go through that we see as a superstitious cycle to ensure achievement," said Dr. Imes. "You get very anxious, you fear that you're going to fail, you either work extremely hard or you procrastinate, because you're afraid that you're going to fail, then you work really, really hard, then when you succeed, you feel good for a while, but not for very long. The next thing comes along and then you go through that cycle again."

"It's not just low self-esteem," she continued. "And there are a lot of research studies that show it is a phenomenon — not a syndrome . . . it's not depression, it's not anxiety, but it can have components of all those things in it. It's not a psychological or psychiatric diagnosis."

Did the previous paragraph ring any bells? Then you may be experiencing "impostor feelings." Dr. Pauline Rose Clance's test will give you a good idea of if or where you stand on the scale. While Dr. Clance and Dr. Imes's first study was primarily focused on women, psychologists are finding that the phenomenon also occurs in men. In fact, no one is exempt; people from all backgrounds, races, gender identities, and social classes have all reported these feelings. It's not limited to professionals, either. It can strike new parents who feel as though everyone knows how to raise kids but they don't, or students who don't feel worthy to be in a certain class — virtually any time a group is together with a common interest or goal, impostor feelings can strike.

"At first we thought it was more prevalent among women than men, but research has shown since then that men suffer with impostor feelings just as much as women do," said Imes. "It may be for different reasons . . . it's just a speculation but it may be because men are expected to achieve and therefore have fears that they can't achieve at much as they're expected."

Dr. Young pointed out that if you're a minority of any kind in a given situation, you're more prone to the feelings: "Any field — and certainly science, technology, engineering, or math — where there is a a distinct minority of women or any group. It could also be people of color. A sense of belonging fosters confidence, so when you walk into a conference or a meeting room, to the executive level in an organization, the more people that look like you, the more confident you feel."

How to Combat the Feelings

There's no cut-and-dry solution to impostor feelings, but both Dr. Imes and Dr. Young had the same suggestion when it came to combating the feelings: vocalize them. "When people can start to talk about it, they can start to say, 'Oh, I'm not alone with this, this is not a strange feeling for me to have,'" Dr. Imes said.

"[There are] three core things that I tell people," said Dr. Young. "The first thing is to normalize impostor feelings. Normalize is different than just talking about it. Just talking about it is often very confessional. There's still shame attached to it. Normalizing it is treating it in a matter-of-fact, off-the-cuff kind of way . . . It's about taking the shame out of it. What people want is to feel comfortable 24/7 . . . That's not how confidence works, and if you think that's how it works, you're always going to feel shame."

"The second thing is to reframe. You have to reframe three things: competence, failure, and fear. For example, a woman told me she had been asked at the last minute to put together a presentation because the person who was supposed to do it couldn't do it. So she did, and everyone thought it was fabulous, she got a lot of kudos. She said, 'All I kept thinking was that that was just a bunch of bullsh*t that I threw together at the last minute.' She dismissed it. The reframe is: 'Wow, how good am I that I can pull together information at the eleventh hour that people genuinely find useful.' That's how a non-impostor would look at it. When a thought goes through your head, stop and go, 'If I could call in the scriptwriters and get someone else to play me, what would they say to themselves?'"

Will the Feelings Ever Go Away Completely?

"I think it can become a background issue," said Imes. "You can begin to remedy some of the anxiety and fear that you go through and some of that stress by saying, 'OK, I did fine last time, I don't have to go through all this trauma to succeed, and I'll probably be fine.'"

The reality is that no one is good at everything, and the sooner we stop beating ourselves up, the better.