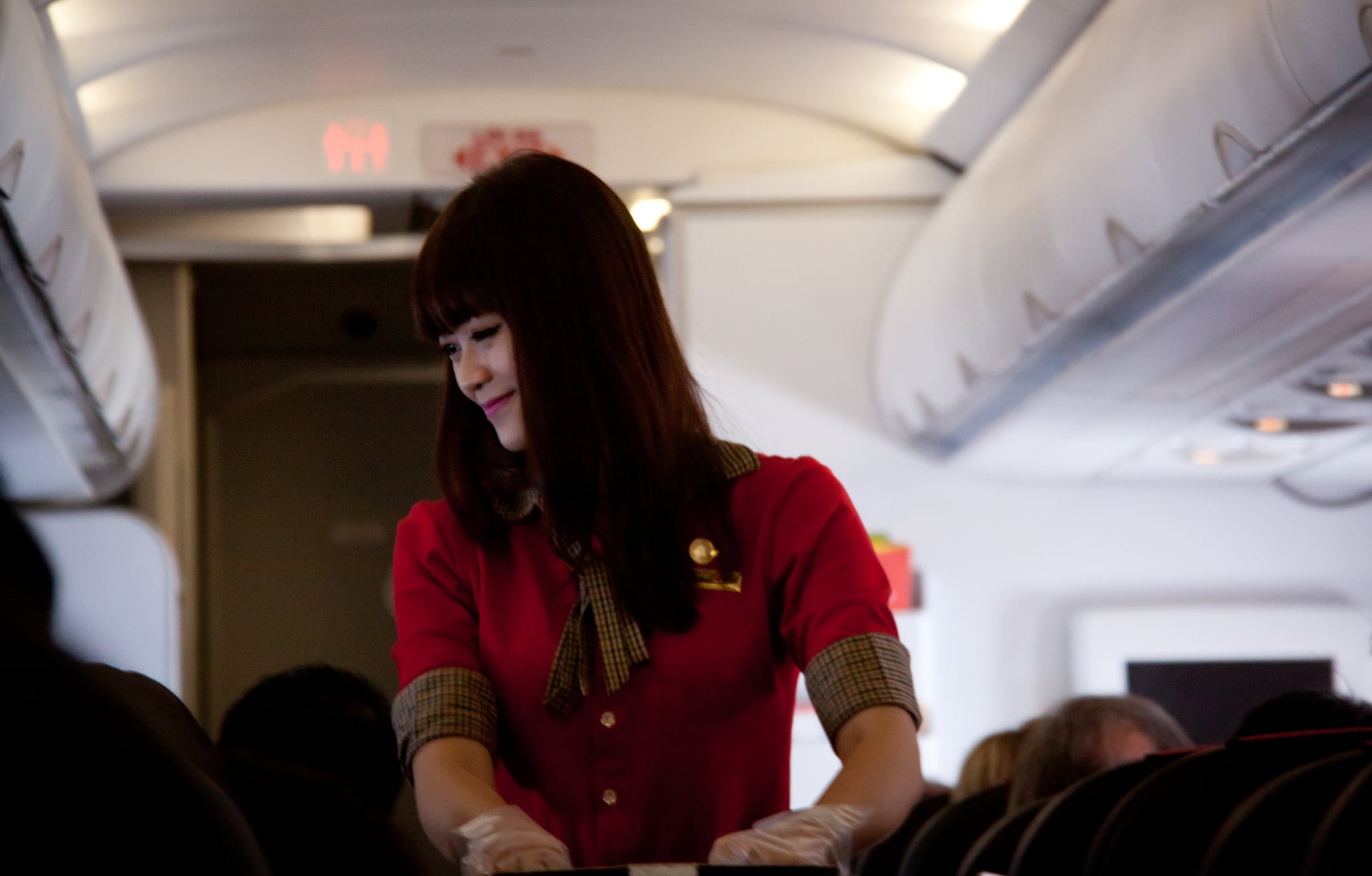 You might think that one of the most popular refreshments would be the easiest for flight attendants to grab — they'll have lots on hand and endless practice pouring it. However, it turns out that although a refreshing glass of Diet Coke is a one-ingredient drink to prep, it's possibly the most annoying think you can order on a plane.

In a 2013 post on the flight attendant blog These Gold Wings that has since gone viral, an anonymous flight attendant named Jet explained why pouring a can of Diet Coke is more difficult for the airline crew to serve you.

"As you may know, the aircraft cabin is not pressurized to sea level, but rather to the equivalent of about seven or eight thousand feet. This means some passengers might feel a little lightheaded or that alcohol affects them almost twice as much as it would on the ground. It also means soft drinks foam up a lot more when poured out of a can. The worst culprit for this is Diet Coke. I literally have to sit and wait for the bubbles to fall before I can continue pouring. If all three passengers ask for diet coke I'll often get them started, take another three drink orders, serve those, and then finish the diet cokes. As the infomercials say, 'There's GOT to be a better way!'"

Heather Poole, an American Airlines flight attendant, shared this sentiment with The HuffPost UK as well in her book, Cruising Attitude: Tales of Crashpads, Crew Drama and Crazy Passengers at 35,000 Feet. "[Diet Coke is] the most annoying beverage a flight attendant can pour for a passenger in flight, because in the time it takes us to fill one cup, we could have served an entire row of passengers," Heather wrote. "I've actually had nightmares about frantically trying to finish a never ending Diet Coke beverage service before landing."

A spokeswoman for Coke told HuffPost UK that the extra ice enhances the extra bubbles but declined to explain why the altitude affects this beverage differently than the brand's other products. "The amount of bubbles across different sparkling beverages is related to the specific recipe versus the altitude in which they are poured," the spokesperson said. "Generally, when sparkling beverages are poured at room temperature from a can and over ice, the fizz is increased."