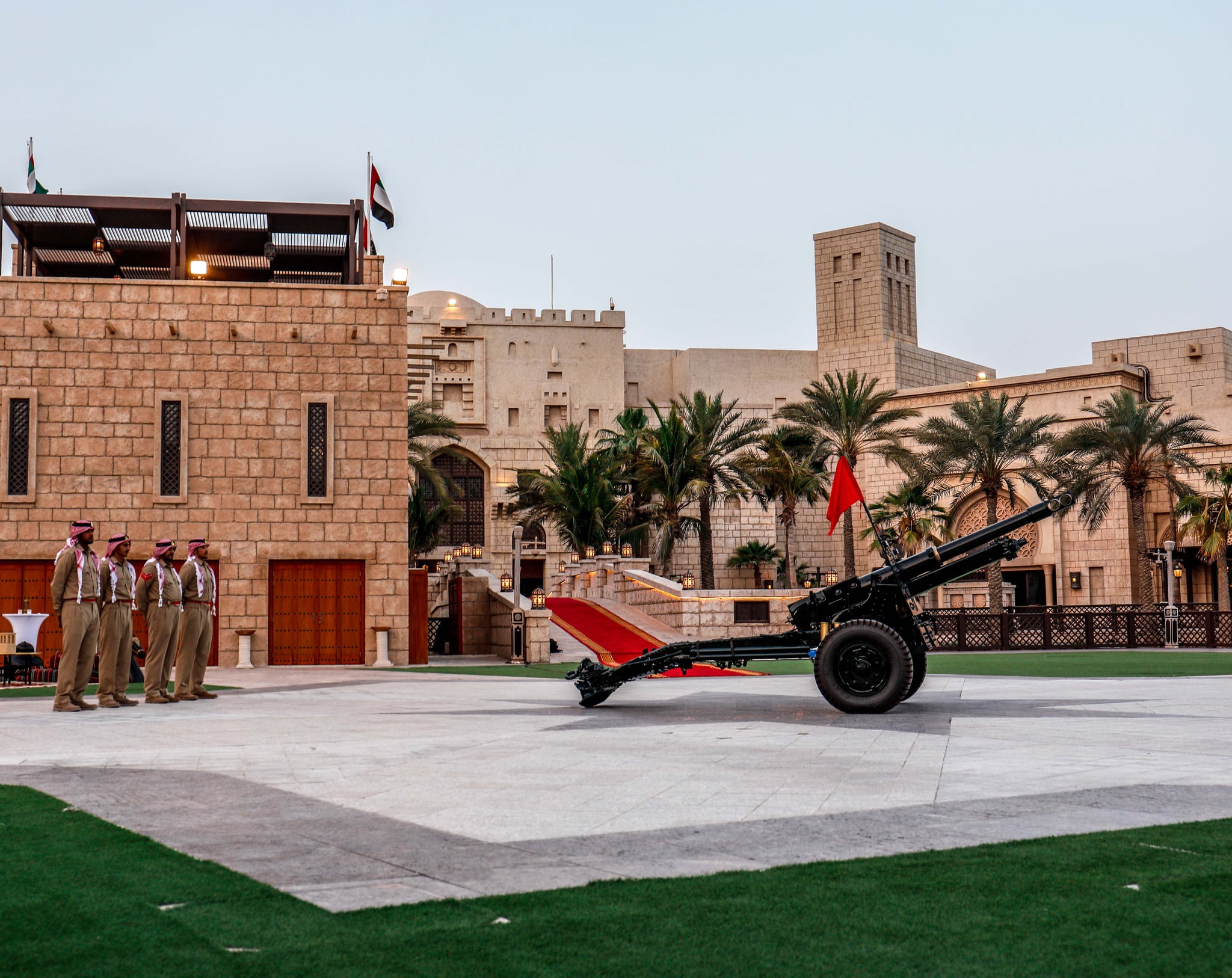 The blast of a cannon has always been a big part of Ramadan traditions worldwide. Growing up in Egypt, the whole family would gather around the TV back when there were only two state channels, and anxiously wait for the cannon blast to let us know that it was time to break our fast. Even after I got married, my husband and I would continue the tradition here in the UAE, sitting once again on our couch, waiting for the cannon to go off to signal the end of our fast every day.

Where does this tradition come from? Some historians date the custom back to the 10th Century in Egypt, when a Fatimid Caliphs ordered that a cannon be placed on Cairo's Muqatam Hill so all Muslims would hear the sound of the blast, signaling them to break their fasts. But now that we've got watches and clocks, what's the point? Ask any Muslim and they'll tell you, tradition. We like it, and we're going to keep it.

In Dubai, the tradition is preserved to honor a practice that begun when the emirate was first formed. In fact, the cannon launch team still wears the same uniform they did decades ago.

Around 180 bullets in Dubai are fired to during Ramadan and Eid Al Fitr. Two bullets are fired to celebrate the start of the Holy Month, and then from the second day onwards, one bullet is fired daily. Then two bullets are fired in the morning of the day Eid starts, right after the Eid prayers, according to Lieutenant-Colonel Abdullah Mubarak Bin Mosabah, head of the Weapons and Ammunition Department at Dubai Police.

There are usually five cannon locations in Dubai. This year, there will be a new spot - Madinat Jumeirah. In conjunction with the Dubai Police the cannon will be located on Fort Island at Madinat Jumeirah, which Jumeirah hotel guests, tourists and locals will be happy to see.