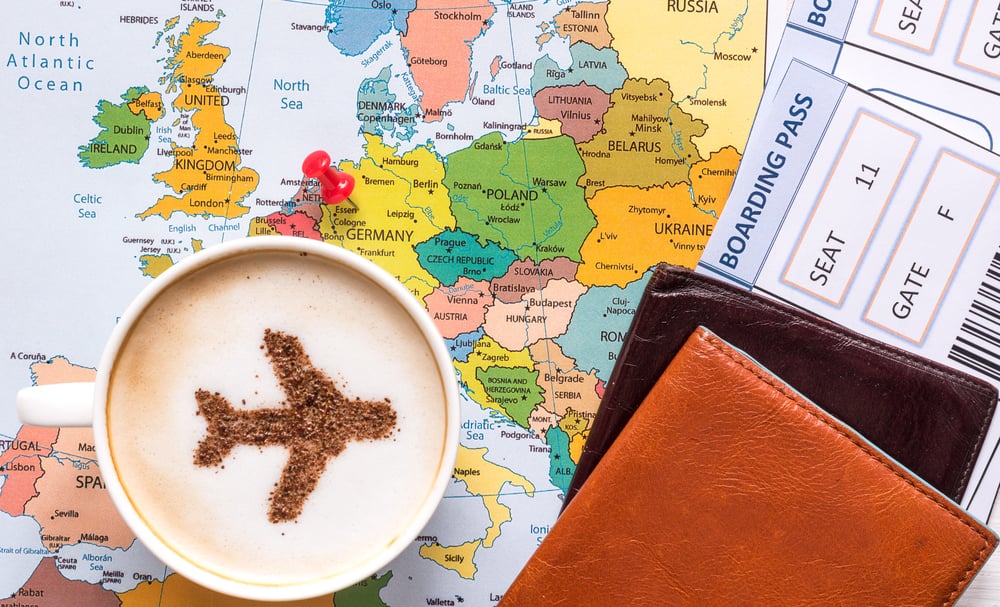 Ever notice that coffee tastes a bit different in the air than on the ground? There's a reason behind the watery, slightly sour taste that is common to most- if not all- airline coffees, and it's not the quality of the beans.

Many airlines use high-quality coffee brands, such as Starbucks or Dunkin Donuts, but not even the strength of a Starbucks brew can save an in-flight cup of coffee.

The reason behind the underwhelming, and sometimes downright undrinkable mug you're served when 30,000 feet above ground? Well, there are a few, but the biggest problem is the water that's used in airplane coffee. According to Travel and Leisure, "planes have tanks filled with 'potable water', aka water used for washing your hands in the bathroom and brewing coffee and tea, and it's not the cleanest—a 2012 EPA report found that 12 percent of commercial airplane water tested positive for coliform bacteria, which usually indicates other gut-rocking bugs like E.coli are present." If this wasn't gross enough, those tanks are typically only cleaned out about twice a year. Yuck.

It's not only the water that's to blame, though. At such a high altitude, water boils at a much lower temperature than it does on the ground. A lower boiling temperature means that not as much of the coffee grounds are able to dissolve, which often leaves to burnt coffee.

The third culprit is your own taste buds. Travel and Leisure explains that "cabin pressure, dry air, and altitude reduce your taste perception by about 30 percent." (This also helps explain those heavily salted in-flight meals)!

The bottom line is that there's no way-- at least not at the present time-- to make that cup of joe any more enjoyable. For now, we just have to take it as it is and hope that coffee-- whether on the ground or in air-- does its job.