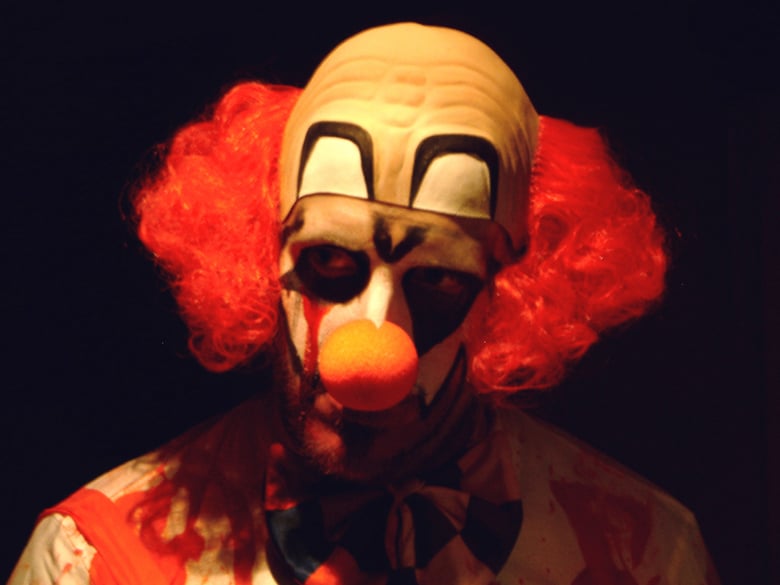 Over the past few months, clown sightings have been reported in cities across the US. What started in a small town in rural South Carolina has escalated since August, and now people across the country claim that clowns are taking over their towns. The clowns are luring kids into the woods; or loitering on corners waving at unassuming passersby. So far, the clown activity hasn't escalated-- no one's been hurt-- but it's been an odd trend sweeping the US, and actual clowns aren't happy.

There's always been a culture of fear surrounding clowns, but the clown is an interesting figure in that it's simultaneously portrayed as friendly (think circuses, children's birthday parties, etc.) and frightening. So why are people afraid of clowns? More so, perhaps, than any other figure?

The Science of US points out that there are other characters that are portrayed as simultaneously terrifying and pleasant (or at least, neutral). World Clown Association president Randy Christensen pointed out that equating the clowns trolling the US with actual clowns is like "putting Jason Voorhees, the goalie-masked serial killer of Friday the 13th, in the same category as professional hockey players."

The professional clown's claim makes sense, but it still doesn't answer why people are so afraid of clowns, and why pranksters are so quick to masquerade as them.

It turns out coulrophobia is a very real thing, and the Science of Us explains it well: "Clowns embody ambiguity, something we're not wired to comfortably accept. Generally speaking, humans aren't great with handling uncertainty, a collective weakness that's helped psychologists home in on a definition of creepiness: In a study published earlier this year in New Directions in Psychology, researchers argued that creepiness is a by-product of ambiguity — you feel scared when you know something can hurt you, but you're creeped out when you just can't tell if it's actually threat."

Further, professor Francis T. McAndrew, who co-authored the study mentioned above, points out that clowns are "mischievous, which puts people constantly on guard...People interacting with a clown during one of his routines never know if they are about to get a pie in the face or be the victim of some other humiliating prank." This, he explains, is inherently unsettling.

There's also the issue of the clown's physical appearance. Clowns often have features associated with creepiness, such as bulging eyes, long fingers, and, most notably, an odd smile. It's the other strange features combined with the smile that makes clowns so unlikable.

According to Steven Schlozman, a psychiatrist at Harvard Medical School, "you recognize a smile, your brain registers that smiles are largely good things — and yet you can't smile all the time, because if you're smiling all the time, something's not right," he said. "We take cues from the way people behave, but if there's no change in the way they look or the way they act … that makes them very scary."

In his remark on behalf of the World Clown Association, Christensen urged for people to differentiate between the clowns that are haunting Americans and regular, friendly clowns. "We stay on the positive side of things providing fun, g-rated, child-friendly entertainment," he wrote in his statement. "We hope our audience realizes that there are different categories in entertainment." The issue, it seems, is that when it comes to clowns, making this differentiation is easier said than done.