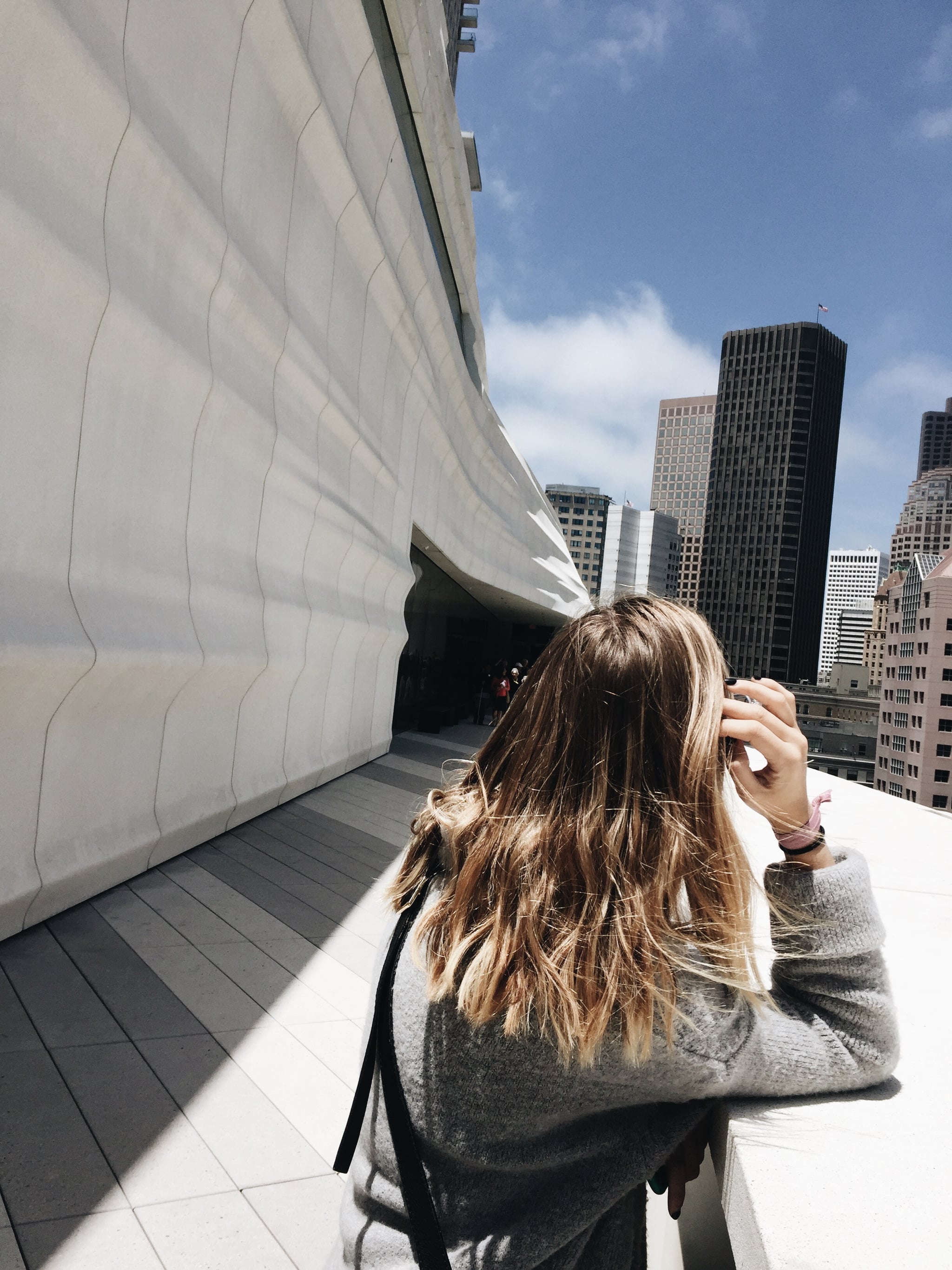 I've always been an anxious person. As a child I refused to make phone calls other than to those in my family and couldn't even handle calling 411 (even after it became an automated voice recording). Talking to people terrified me. What if I misspoke? What if they thought I sounded dumb? What if I didn't make sense? So, when anxiety presented itself again halfway through college, I couldn't say it was a shock.

The anxiety I experienced as a young adult was very different from the anxiety I felt as a kid. At 19, anxiety stretched beyond phone calls. I had general unease towards everything beyond my bedroom door. I felt like there was an immeasurable weight on my chest that was preventing me from getting anything done.

I knew I had to get to the bottom of what was going on and try to resolve it, and this is what I learned:

My mom was diagnosed with cancer when I was 19 and the thought of losing her was debilitating. Anxiety, a once manageable personality trait, began to hold me back. During (what seemed like) endless months of her going through treatment, even rudimentary tasks like going to the grocery store overwhelmed me. My heart would race, my palms would sweat and I'd eventually enter into a state of distress for no logical reason. My worrying and overthinking became unmanageable and I found that I only had enough energy to keep my grades afloat, forcing my health and social life to the back-burner. Suddenly saddling extra weight and constantly feeling as though I was unable to navigate social situations, I found myself spending the majority of my time in bed without any motivation to get up. Anxiety paired with depression were an impossible team for me to combat on my own. I knew what I was experiencing was abnormal, so I sought answers from a professional. Doing so changed my life.

Talking about my mental disorders made me feel like an outsider

If faced with a toothache, I went to the dentist. When my vision wasn't perfect, I paid a visit to my optometrist. So, when my mental and emotional well-being was off-balance, my natural reaction was to visit a doctor specializing in this category: a psychiatrist. But, I felt the air thicken whenever I spoke openly about therapy sessions or that I was considering medication, even with my family and close friends. The stigma and shame that came with being transparent about what was going on in my head really sucked. Intellectually, I knew that one in four Americans was affected by some sort of mental illness each year, so why did I feel so discouraged to talk about mine?

Reflecting on my family's history of mental illness and my life experiences helped me to understand that having mental disorders wasn't something I could have prevented. No one asks for a mental illness, so no one should be blamed or shamed for having one. A lack of understanding can cause people battling a mental disorder to feel as though it is their fault for "being this/that way." But, accepting that my anxiety and depression onset was out of my control helped me to be less hard on myself and get the absolute most out of my treatment.

I saw it as courageous that I was able to throw up my arms and admit that I couldn't "tough it out." Having incredibly understanding and supportive parents also didn't hurt when the time came to ask for help. After consulting them, as well as my psychiatrist, we came up with a treatment plan that I was on board with. A year and a half ago I chose to begin taking an SSRI medication that helps with both my anxiety and depression. My prescription, paired with talk therapy, provided invaluable support and helped me live without apprehension or fear. Since then, I'm able to run errands without becoming overwhelmed and I can manage a social life, schoolwork and a healthy lifestyle. Also, I no longer to go to bed with uneasiness that I'll have no motivation get up in the morning. Treatment has given me balance, and I know I was strong for asking for it.

I wasn't the only one

It was easy to feel isolated when I was experiencing something the majority of people might not have to go through. But, I quickly discovered that some of those closest to me were fighting mental battles of their own. A lifelong role model, a best friend, and a member of my immediate family were just a few of the people who chose to confide in me about their past or current struggles with mental disorders. I found comfort in the fact that some of the most intelligent, well-rounded, successful, people in my life had or were experiencing something similar to me.

My mental illnesses do not define me

The people I mentioned above helped me realize that it's okay that my brain might not be "normal." I am at peace with this, as my mental disorders do not determine my character or capabilities. If anything, they make me a more compassionate and resilient person, so I wouldn't change a thing. Mental illness is a part of me, and talking about that makes me feel empowered, not ashamed.

Related:
This Unexpected (and Simple!) Tip Has Eased My Anxiety — and It Could Work For You Too
Image Source: POPSUGAR PHOTOGRAPHY / Elizabeth Biersch
Join the conversation
AnxietyAdvicePersonal EssayHappinessWellness
Latest Career & Money