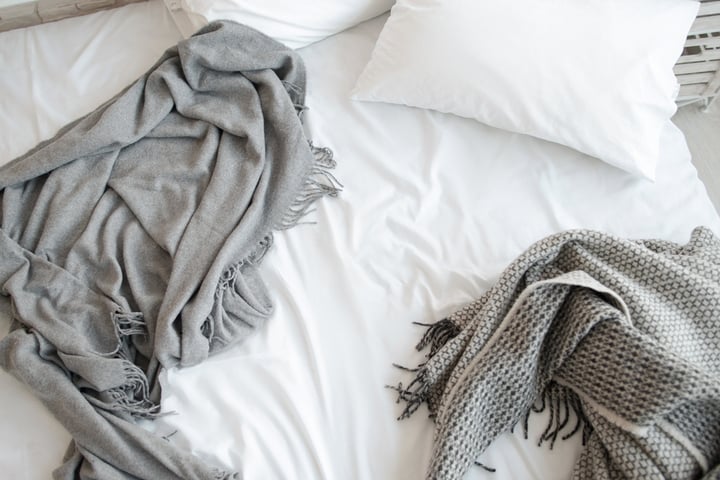 If you spent your childhood trying to get out of the annoying task of making your bed, you're in luck-- apparently, a made bed is a germ trap, and messy is the way to be.

Basically, dust mites are everywhere, and approximately 1.5 million of them sleep with you every single night. If you thought this was gross, it gets worse: dust mites feed on scales of human skin, and they thrive in warm, moist environments...like your bed.

According to the BBC, "The bugs, which are less than a millimetre long, feed on scales of human skin and produce allergens which are easily inhaled during sleep." The best way to get rid of the bed bugs? Leave your bed unmade.

"We know that mites can only survive by taking in water from the atmosphere using small glands on the outside of their body," Dr. Stephen Pretlove told the BBC. "Something as simple as leaving a bed unmade during the day can remove moisture from the sheets and mattress so the mites will dehydrate and eventually die."

If leaving your bed messy and unmade is the secret to a bug-free sleep, then that's one trend we can totally get on board with!