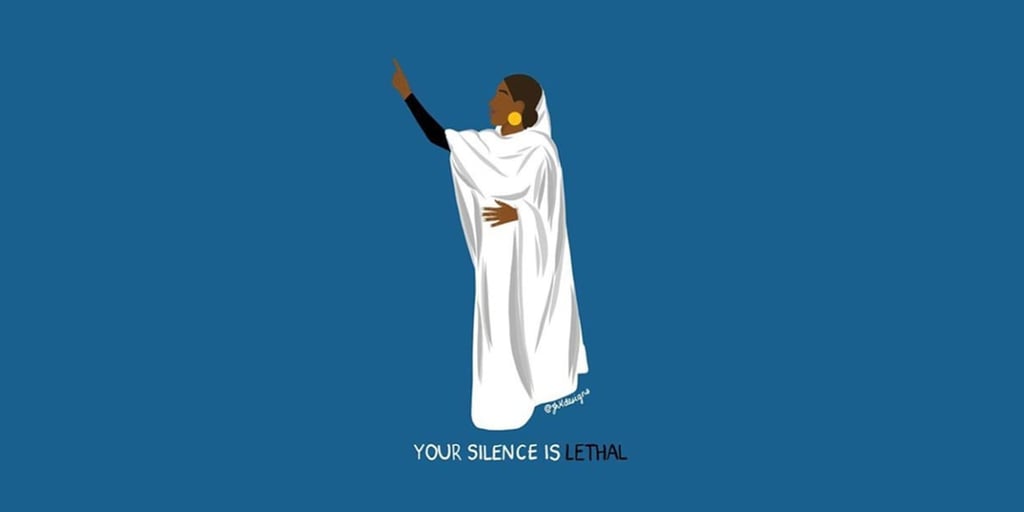 Picture this; you're stranded in a small remote city, surrounding you are the remnants of what was once home to countless happy families. The cries of women, children, and men fill the air. As do the sounds of guns, cars, and the occasional whisper – urging you to hide. What would you do? Reach for your phone and ask for help, we'd imagine. Now, what would you do if all of your access to the outside world had been cut off? The very thought of this sends chills down our spine and, unfortunately, this is just a sugar-coated version of what is happening in Sudan.

Following months of political unrest, Sudan has been placed under a "near-total" internet blackout, in an attempt to suppress protests which broke out in December of last year, after an economic crisis lend to emptied bank machines, resulting in an inflation in prices of necessities such as bread – which reportedly increased by as much as 300 percent.

The protests rapidly escalated into a nationwide movement, demanding the immediate resignation of Sudanese president Omar al-Bashir. Al-Bashir was overthrown in April, following a massive sit-in camp outside of the military headquarters in Kharthoum.

The sounds of rejoice filled the nation, that was until peaceful talks between Sudan's democratic protesters (the Forces for Freedom and Change) and the Transitional Military Council (the generals currently ruling the country) reached a stand-still.

On June 3, members of the Rapid Support Forces (RSF) took the streets of Darfur and Mohammed Hashim Mattar, a 26-year-old engineer and graduate of London's Brunel University, was one of the first to die. Over 100 civilians are believed to have lost their lives that day.

In an attempt to provide a voice for those who have had theirs silenced; a social movement called #BlueforSudan was created shortly after the attack. The movement has since seen hundreds of thousands world-wide change their social profile picture to blue (Mattar's favorite color) as a sign of unity and awareness.

Halima Aden, Naomi Campbell, Yara Shahidi, Cardi B, Sophia Bush, and J. Cole are just a few of the A-listers who have changed their profile image to blue. While celebs like Rihanna, Bella Hadid, Ne-Yo, and John Boyega have all used their mass social following to raise awareness.