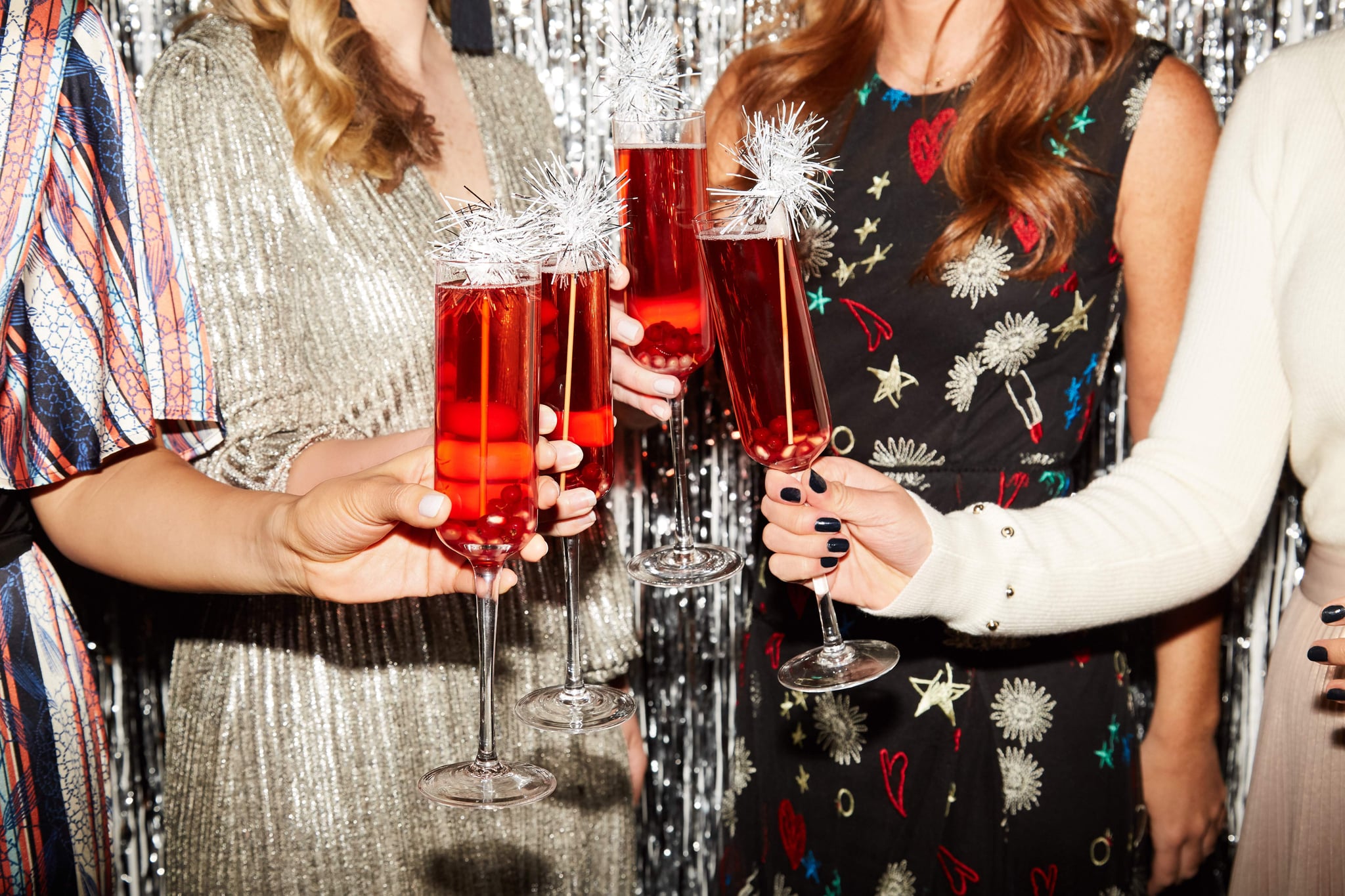 A few months ago, my little sister started her few-months-to-30 countdown on Facebook. She admitted that she was kind of freaked out, and asked people to assure her how great 30 was going to be. I've never gotten flustered about what to put in a Facebook comment. I wrote something trite about how it's really great. I just couldn't put what I wanted to say all down, so I'm taking the opportunity to do it now. So for everyone who's turning 30 this year, or soon, or has recently: this is for you.

A few weeks before my 30th birthday, I kept hearing the same refrain, in a number of ways — all from women who were over 30: "The 30s are the best," "The 30s were my favorite age," "It's so much better being 30, trust me." Everyone was so sure about this statement that it actually made me feel . . . like they were lying. I assumed they were doing that thing of saying it was so great to convince themselves that being over 30 was so great. It seemed nice though. But it didn't make me feel less freaked out about the milestone.

I can't believe this looking back now, but one of the main reasons why was because I was single. Not only that, but I'd broken up with someone I'd dated for five years at 29. I remember being scared to tell my mom about my breakup because she'd wonder what the hell I was doing at my age. That was obviously not her reaction at all; she was so proud of me for getting out of a toxic relationship that it made me cry. I hadn't thought of it that way yet, and I realized my very wrong expectation was completely a projection of my own. It wasn't that I was so afraid to be single; it was because the breakup had made me realize I wasn't where I wanted to be when I was 30.

"No one is where they thought they'd be when they turn 30."

A few months later, I met a college friend I hadn't seen in months for dinner. She was at a point in her life where she seemed like she had it all together; she was in grad school and was engaged. I told her about everything I was going through. I told her the thing about realizing I wasn't where I'd expected to be at our age. She laughed; she had had a change of heart about her career recently, which was why she was going back to school. She wasn't where she wanted to be either. She was working on it, but she assured me, "No one is where they thought they'd be when they turn 30."

It wasn't an amazingly profound sentiment, but it resonated with me more than any advice anyone had given me. Because it was a simple truth. I finally wondered why I had put so much pressure on my relationship status. I had a career I was happy in, a stable life, wonderful friends. Relationships had never given me self-confidence before, so why was it a yardstick now? 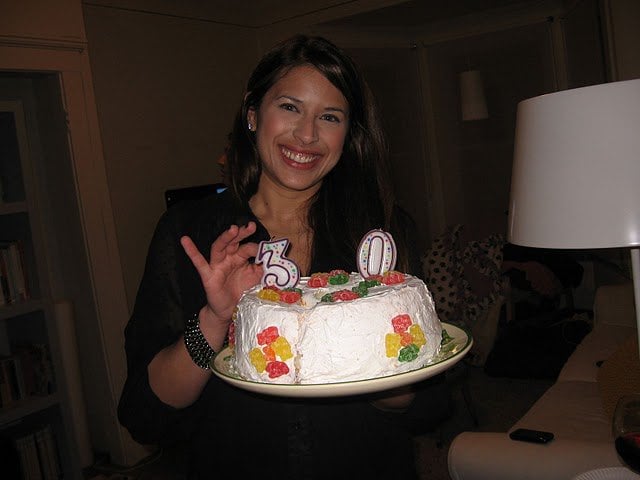 I think women in particular envision our lives a certain way growing up; I mean, don't we? We set goals for ourselves and our lives, and even though many of us don't say it out loud, we have our own personal deadlines for career benchmarks, settling down, for some of us, kids. I'll never forget Miranda on Sex and the City admitting that her "scary age" for having a child was 43.

As embarrassing as it feels now to admit that I was measuring my personal life success by relationships, I'm glad I realized what I was doing and how unhealthy it was. Part of the reason I stayed in a bad relationship for so long was because all my friends around me were getting married and engaged. I've learned time and again that what your peers are doing is often noise that distracts you from what you want. We all put pressures on ourselves to achieve things by a certain timeline, whether it's the dream job, a specific career success, marriage, babies; you have to forget about your timelines, though, and just trust that there's one being written for you.

So, back to the old 30 thing. I turned 30. Ask anyone right after they turn 30 what it feels like and they'll usually say they feel the same. I felt the same . . . for a while. At a certain point I realized I didn't feel the same, though. I felt better than I ever had in years. Maybe my hangovers have gotten worse, but the 30s have imbued me with some pretty f*cking sweet magical powers. They are:

You Get Really Comfortable With Yourself.

A funny thing has happened to my beauty routine; I care more about my skin and my internal health, and wear way less makeup. I know that's a trend that's been happening in beauty for a while, but for me it's also a reflection of being really comfortable in my skin. In my 20s, I would never have dreamed of going out or to work without blowing out my hair and wearing a full face of makeup. Now it's not that I just don't care, but I don't feel weird or insecure about stepping out with no makeup on and showing people my actual real face. Being in your 30s gives you a self-confidence that goes beyond your looks, though. It's everything.

You Know What You Want

That self-confidence extends to the rest of your life; you really trust yourself now. I feel like you're more apt to take risks without going back and forth about what you want, because you know what you want. You've had the experience where you've tried stuff — or know what it's like to skip certain things and regret them. And sure, as much as I feel that relationships cannot be a benchmark for your life's success, here is where you have a real advantage. You've dated around already, probably been through some knock-down, drag-out breakups, and or briefly dated people because you realized that kind of person should only be dated briefly. In your 30s, when the kind of person you want to be with appears, you know. And if you'd rather be alone? You'll know that's what you want, too.

You Know Who Your Friends Are

The other very important relationships in your life are with your friends. Personally, I still had some toxic friendships in my 20s, after having them in college and my teens as well. By the age of 30, I had no more patience; why was I spending time with people who weren't bringing me joy? When a new person came into my orbit, I could sniff out the toxicity before I let them in as a friend. Like I said, magical powers.

Because of that, you cherish the friends you do have and know they want the best for you, and vice versa. You also continue making friends in your 30s; maybe it happens at a slower pace than in your 20s, but like I said, when you meet the right new friends, you know who's who.

You Stop Caring About Dumb Stuff

What are some dumb things I cared about in my 20s? Looking cool in front of my friends. Looking cool in front of dumb dudes I was inexplicably into. Having a life that impressed people. It all sounds so shallow now, but I'm being honest. And that's also why I'm calling it dumb stuff. It's weird that I even remember I cared about certain things, but I get a flash of an old memory and how I felt every once in a while; I remember the things that made me insecure and have no idea why. The perspective you gain in your 30s is like a light switch that turns on. I'm sure there are some people who are preternaturally self-aware and self-confident in their 20s. But the rest of us take some time, and have to learn.

This isn't to say that I don't miss my 20s. I had some fun times, and yeah, I could stay out all night. But I'd just rather get a full night's sleep now. Call me old, but do me a favor, all the girls and guys turning 30. Don't call yourself old. You're not. You're wonderful, your bloom is on, and you're about to discover a whole new world inside of you.