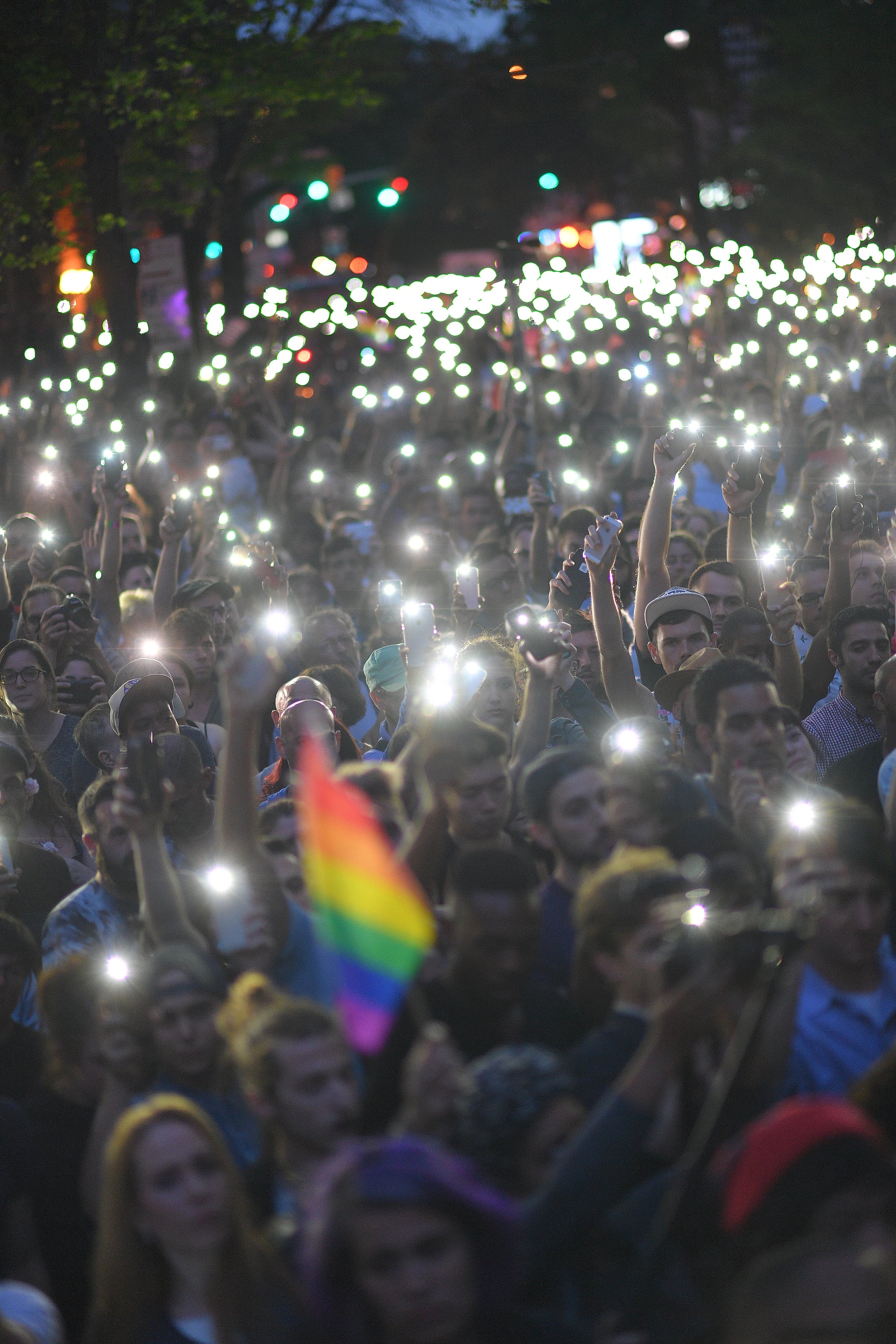 Editorial Note: Niloofar Mashhadizadeh is the pen name of a queer Afghan-Canadian born in Canada. These are her thoughts in the wake of the Orlando shooting at Pulse nightclub.

My father was a close friend to the uncle of the Orlando mass-murderer, Omar Mateen.

My father has nothing but good things to say about his friend and his friend's wife and his children. They are well educated, liberal, and not particularly religious. Like my family, they had a middle-class upbringing in Afghanistan. Our photo albums included photos of women in dresses and men in bell bottoms and Beatle haircuts. They, like my family, escaped to India and then North America because of the tragedies and bloodshed our families experienced after the Soviet Invasion and the communist factions in Afghanistan. In fact, the uncle experienced a tragic loss; communists murdered his younger brother. The uncle died several years ago after a terminal cancer diagnosis.

I am unaware of the journey Omar Mateen's immediate family took other than what is being reported; he was born in New York and his family moved to Florida.

What has happened between the time our families immigrated and the present, leaves me overwhelmed in thought as I try to make sense of our lives in North America as Afghans, and my own life as a queer woman who is not out to her family.

Like many Muslims, ex-Muslims, queer Muslims, and Afghans alike, we do not want to be associated with a mass murder. Most of us, after all, migrate to leave violence and instability behind. I am, however, adamant that because of Mateen's crimes against humanity, we must address the issues that have long plagued Afghan and Muslim communities in the diaspora.

The Orlando shooter's father, Seddique Mateen, is known mainly in the diaspora community for his broadcasts on the Afghan-owned satellite channel, Payam-e-Afghan. My father joked to my mother about Seddique's campaign to become an elected President of Afghanistan. After perusing Seddique's social media profiles and the manner in which he presents himself in his videos and broadcasts, I understood why my parents did not take it seriously.

While Seddique has apologized and offered his condolences to the loved ones of those slain by his son, I am more concerned with (and skeptical of) his statements about his son. Thus far, he has claimed his son was "well-behaved" and in a contentious video released yesterday, he described his son as dignified and respectful towards his parents.

I am sure this is what Seddique, shocked by the infamy and death of his son and 49 victims in tow, wants people to believe. However several people, including his ex-wife, Sitora Yusufi, and a former co-worker, Daniel Gilroy, have come forward with accounts that portray him as unstable, aggressive, violent, and bigoted.

As an Afghan, I can attest that this is common in our communities. We are discouraged from and shamed for taking legal action or making reports to police for what are deemed as "family issues." To give you an idea, I am the first in my family to make a police report for the violence I endured with my eldest sibling. I was severely shamed for it. My father refused to acknowledge that his own son sexually assaulted me when I was a child and he was already an adult. He claimed I was lying and demanded that I not tell anyone. He even came to the court hearing for a peace bond and denied any occurrence of violence. My brother still lives at home with my parents and works with vulnerable populations. Everyone has carried on as if everything is normal and nothing happened.

Time and time again in our Afghan communities I have seen this kind of denial or normalization of violence towards one another and towards women. We care more about family name and honor than dealing directly with the toxic people inside families. Violence as a tool for discipline and for personal/emotional relief has been considered by many I have spoken to as a normal, human thing.

Most other Afghan women I know who were sexually assaulted or molested by family friends as children still associate with these predators well into adulthood, never confronting them, never telling their family. Some of these predators have young children of their own now. I imagine that these traumas will die a secret.

It seems Omar Mateen had a clean record and licensing to buy these weapons used to commit this mass murder. He had no criminal history, despite FBI investigating claims.

I urge Afghans to be brave and to not let our relatives and our community members get away with the abusive things they do. We should not let our needs and dignity be damaged for family "honor" or for the family "name." All acts of violence should be reported and documented.

But I understand why it was not. I know. I was in the same predicament. I didn't file a police report until a month shy of my 24th birthday. For two decades I endured violence and suffered many forms of indignities that no person should experience.

We need profound change in our communities. Right now, the dialogue about Orlando has been focused on the shooter's religious affiliations and homophobia, which it absolutely should be. I have endured religiously-inspired homophobia myself. I have witnessed Afghans use queer-antagonistic slurs, become very uncomfortable around the topic, and employ negative stereotypes of the LGBTQ+ community. I have been called a lesbian and have been repeatedly bullied for the way I have expressed my queerness. I have been made fun of for calling myself a woman and been called a man for not conforming to traditional femme looks.

In high school I was called a lesbian and a dyke for many years, and as a result I became a self-hating homophobe. Drawing upon my conservative and strict upbringing, I took a hard interpretation of Islam and became bent on pushing it onto others. I pushed what few friends I had away because of it. I tormented myself as much as anyone else I had contact with at school and at home.

It's now being reported that Mateen was a regular at Pulse nightclub and even used a gay dating app. This news came a day after Omar's father claimed that "God will punish those involved in homosexuality."

This is the sentiment I grew up with. This is the sentiment that dominates many Muslim communities, including my own. We Afghans and Muslims must look in the mirror and acknowledge our culture of queer-antagonism. I know I'm not the only queer person in a Muslim or Afghan family who has had to live with the idea that our very existence is sinful and that there is a god out there who will punish us with hellfire for it.

And given the antagonism and human rights violations towards the LGBTQ+ community in the United States right now, non-Afghans and non-Muslims are responsible too. This should not be swept under the rug.

Gun laws, mental health, racism, bigotry, homophobia, and conservative Muslim and Afghan cultures all may have played a factor in what happened in Orlando. Taking the path of least resistance by claiming this is simply an issue of fanaticism is counterproductive, dishonest, and bigoted. The only thing attitudes like this will accomplish is to produce another Omar Mateen which means more death and more victims of violence.