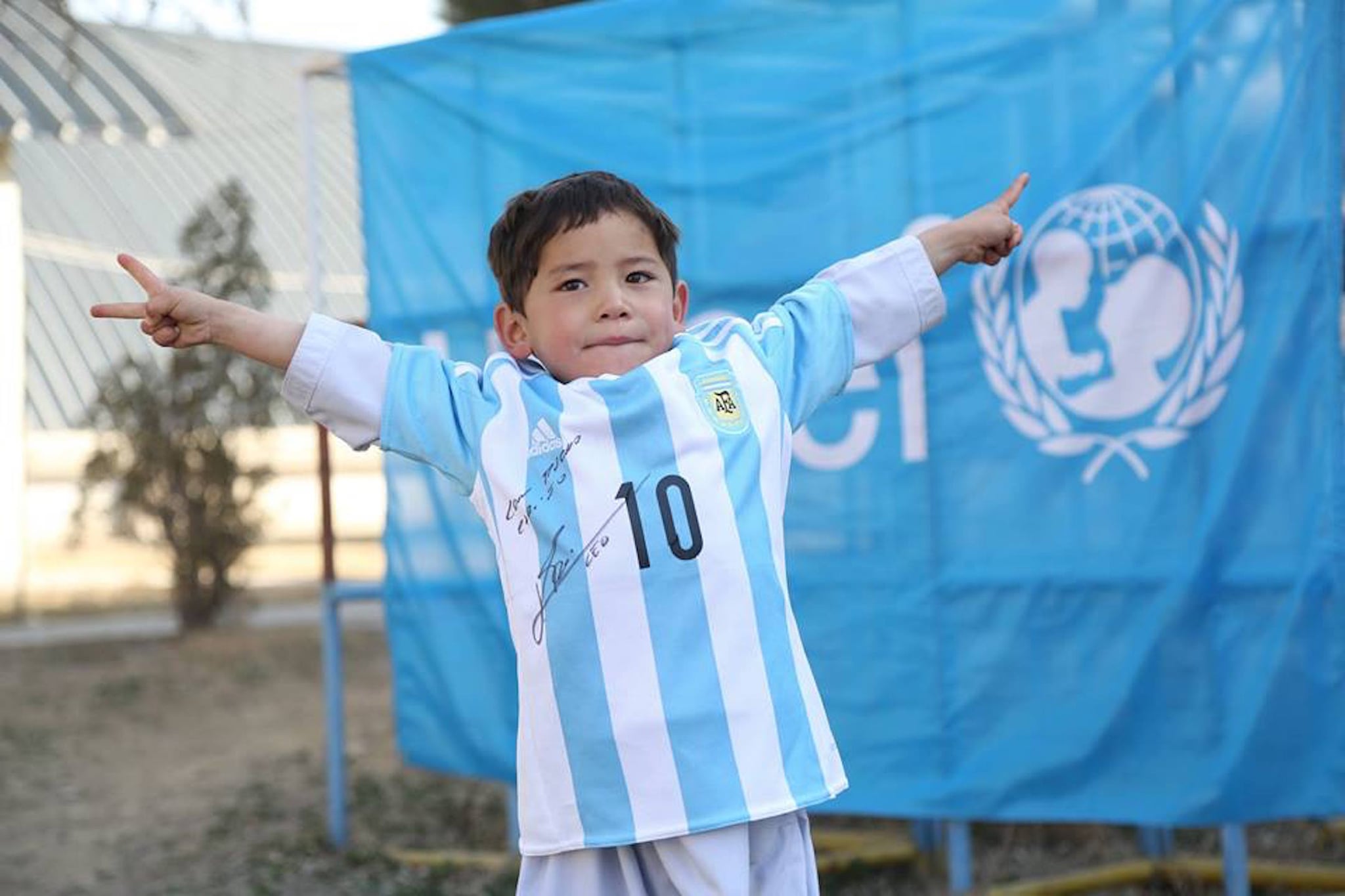 Earlier this year, a photo of a six-year-old boy from rural Afghanistan went viral.

Dressed in a blue and white striped plastic bag with the name "Messi" written across the back, the boy was sporting a DIY soccer jersey of his favorite player, Lionel Messi.

The international community was moved by the boy's love of the soccer star, and UNICEF helped locate him so Messi himself could send him a care package.

Weeks after the image was circulated around the internet, Murtaza Ahmadi received a jersey and an autographed soccer ball from the Argentine player.