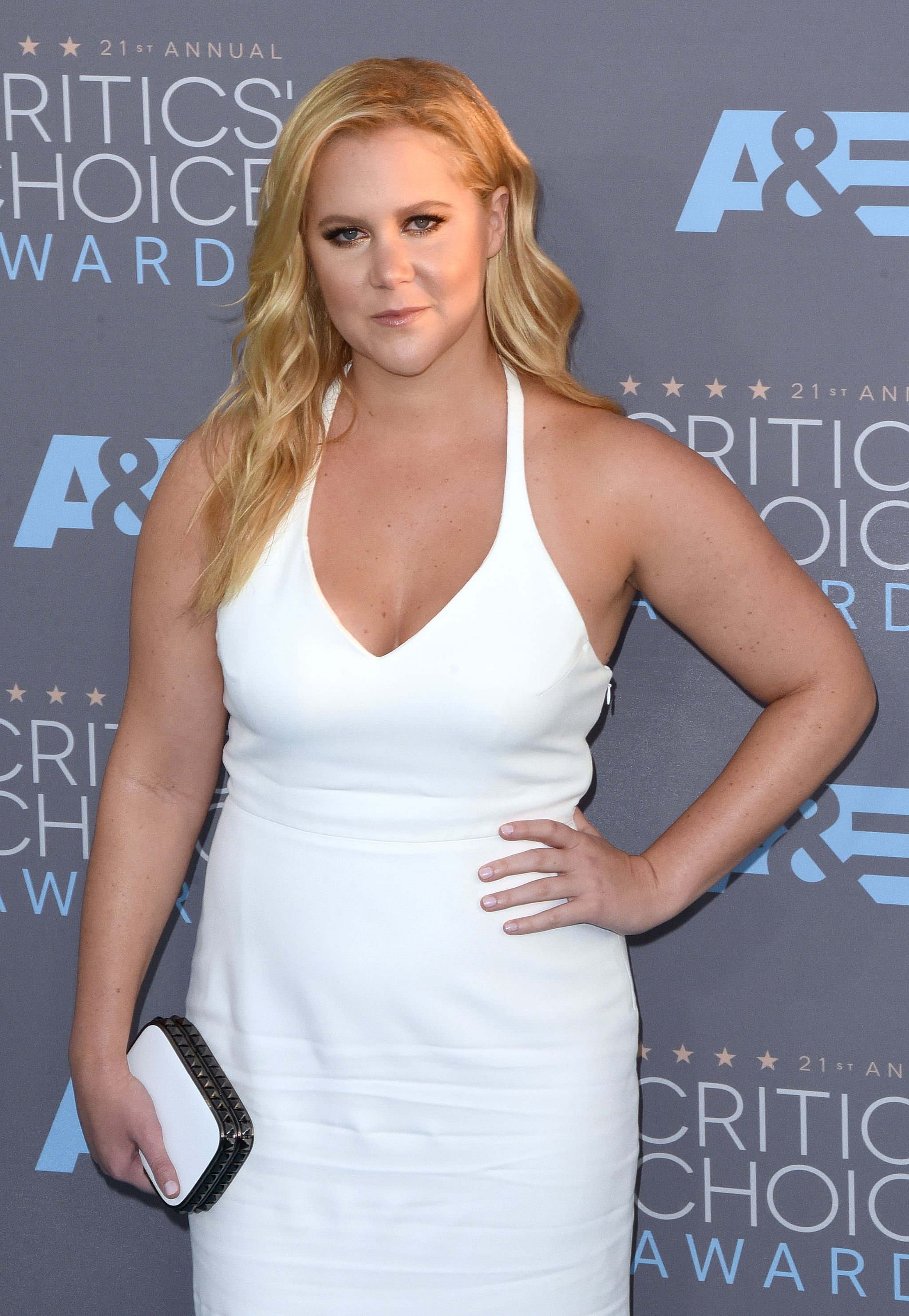 "Are you in love?" Howard Stern asked Amy Schumer on his Sirius XM radio show this week. "Hell yeah," she replied. Although Amy and boyfriend Ben Hanisch have happily been dating since late last year, the 35-year-old comedian's past relationships unfortunately haven't been as wonderful.

Howard and Amy discussed her experience and past abusive relationship with another man, which she believes is an important conversation to have. In her recent book, The Girl With the Lower Back Tattoo, she reveals that she's had sex with 28 guys, but her very first time was without her consent.

"My virginity was taken from me."

Amy fell asleep while she and her boyfriend at the time were watching TV together, and didn't realize that he was inside of her until she looked down. They had never had sex before then but they stayed together after the incident. "I was worried about him. He felt really bad about it," she told Howard. He had suicidal thoughts because of what he had done to her, but her anger came later on after putting his feelings first.

"I think it's important to talk about."

Amy continued to say that hopefully both men and women would benefit from knowing her story. Men would have a better understanding of what is acceptable while women might have more courage to speak up. "It's made me feel less alone when other women have come forward about being sexually assaulted," she said. She understands that society wants a "perfect rape" and a "perfect victim" and discredit women's accounts if they don't get exactly that. People have slut-shamed Amy and undermine her terrible story, which is why she believes many choose to stay silent about their own experiences.

Amy then goes on to discuss her abusive relationship with a different former boyfriend when she was about 21 or 22 years old. He would verbally abuse her and many of his physical assaults at first were indirect enough to excuse. "It would be like he grabbed me too hard and then I'd get a bad bruise, or he'd push me a little and I'd fall into something and get a worse injury." But things escalated and she realized that his tantrums and insults resulted from his fear of losing her, and were a way of controlling her. "I was in love with him," she said. Similar to her rape experience, she was more concerned about her boyfriend and wanted to take care of him. But as things escalated, she knew it would only get more dangerous for her to stay.

"It messed me up, my trust issues are terrible."

Her current boyfriend Ben is far from any of these men but Amy does admit that there are times when she gets scared. She explained that she knows he wouldn't hurt her, and that any issues are because of her, not him. "I'll get some sort of little bit of a flashback and kind of freak out. That's happened just one with us, but it's really upsetting to me that it's still part of my DNA." Fortunately, these moments have only helped strengthen their relationship with one another.

Related:
If These 30 Signs Sound Familiar, You Need to Get Out of Your Relationship ASAP
Image Source: Getty / C Flanigan
Join the conversation
Howard SternAmy SchumerRapeRelationshipsWomen
Latest Love