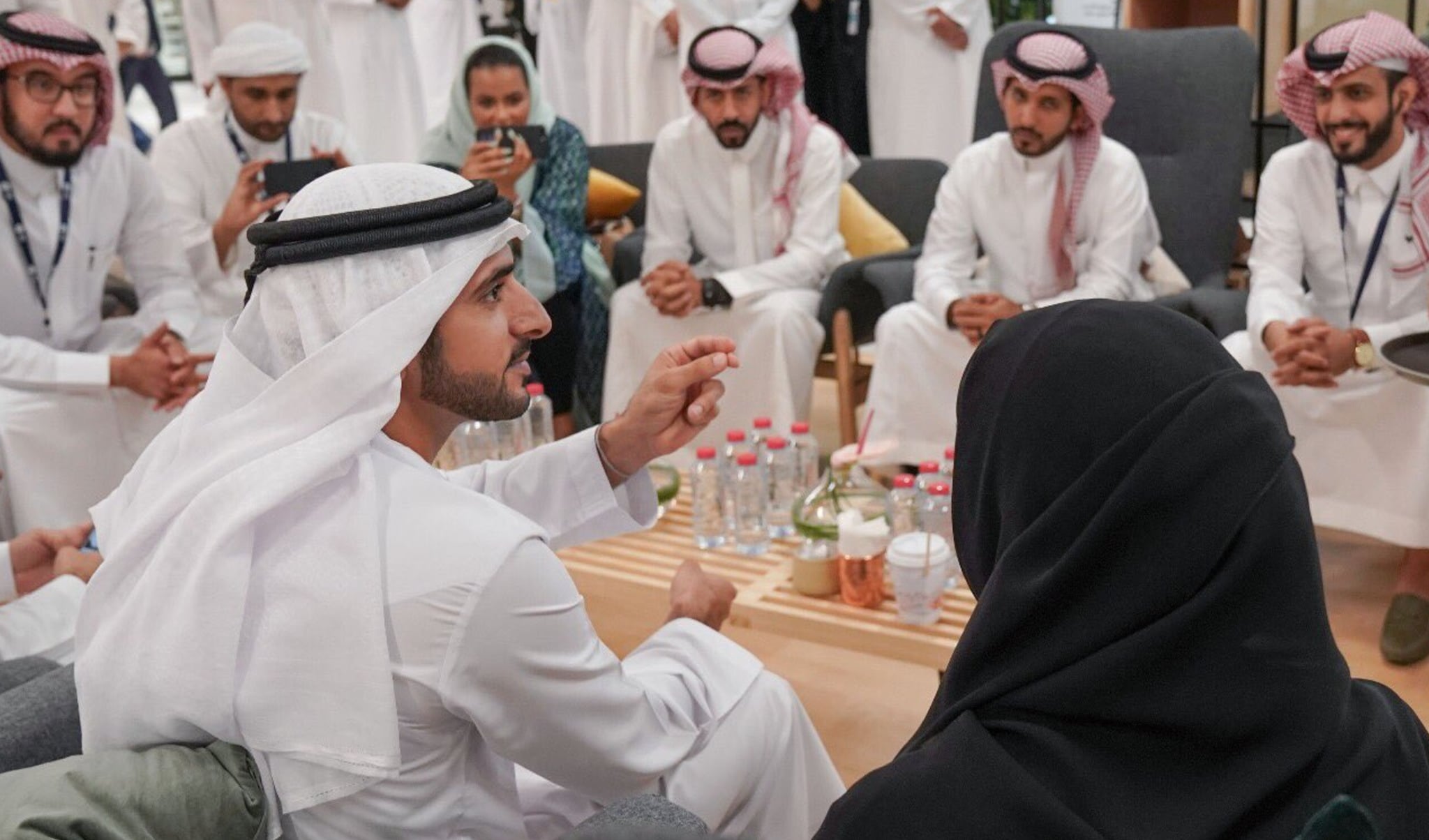 A three-day long event launched in Dubai on Tuesday, and Sheikh Hamdan was there to introduce the first-of-its-kind initiative.

Sheikh Hamdan opened the center on Tuesday, and was accompanied by Sheikh Maktoum.

Today, I inaugurated the Arab Youth Startup Marketplace in which 100 IT companies, investors & businessmen are participating pic.twitter.com/6pOOrqJ4zw

In a series of Tweets, Sheikh Hamdan wrote about the value of youth in the Arab world.

"Youth are our real asset; they help us drive innovation and development and our ability to face future challenges," he wrote. "Supporting youth in the Arab World and giving them hope helps pave the way for a prosperous future for the region."

It's been a busy week for the young royal: prior to inaugurating the Arab Youth Center, Sheikh Hamdan announced the launch of the Dubai Fitness Challenge. The 30-day long challenge will begin on October 20, and asks residents of the city to commit to 30 minutes of physical activity per day.