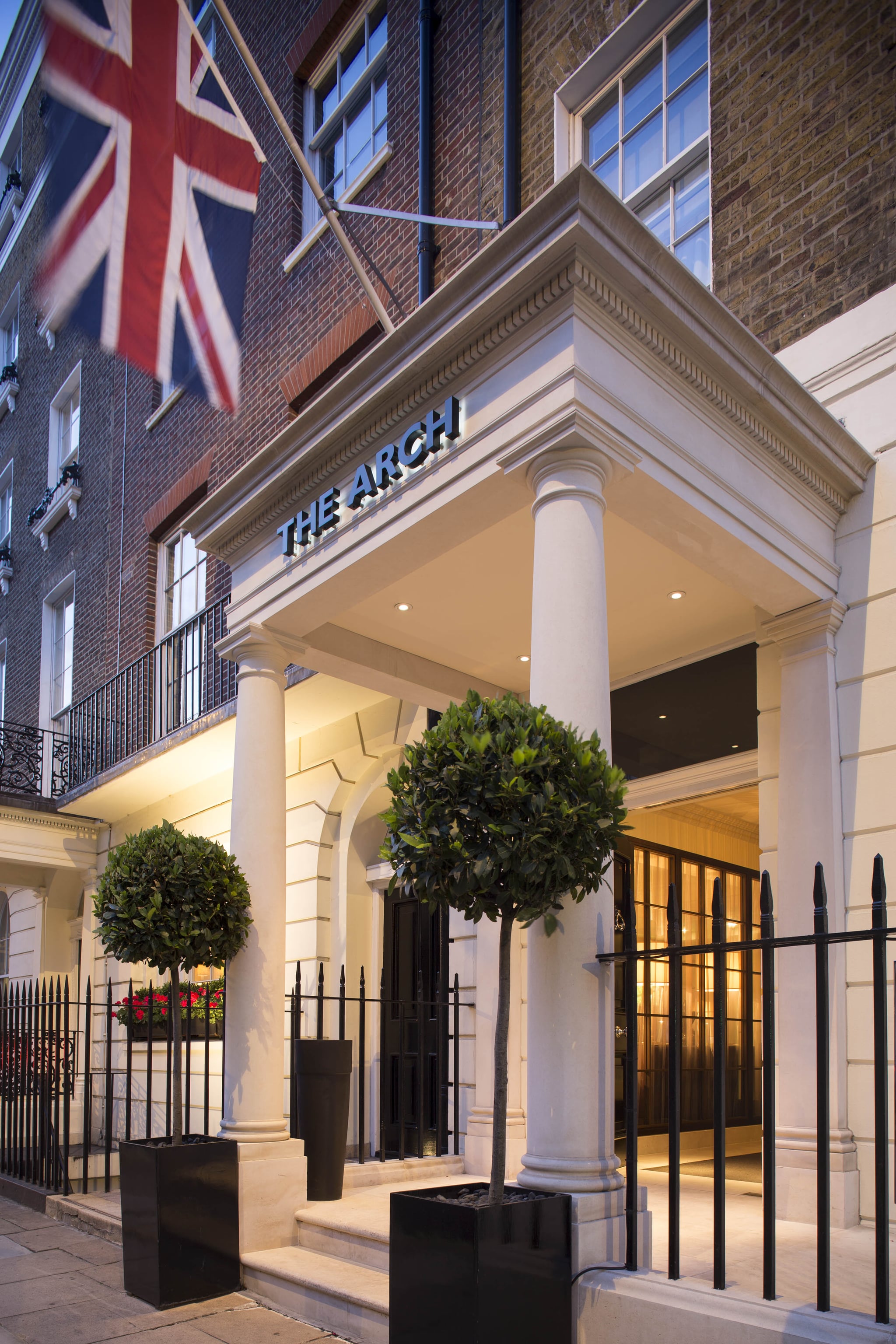 Unlike, Los Angeles, London isn't the type of city to host celebrity home tours, despite many famous people calling the city home. While we're not ones to encourage stalking, there's nothing wrong with enjoying a bit of celeb-spotting and this London hotel makes it that much easier when it comes to glimpsing a music icon. Situated on 50 Great Cumberland Street, The Arch London is perfectly aligned across the road from one of Madonna's six UK homes. The singer-and-actress is known to Iive at No.54, a 10-bedroom Georgian townhouse, said to have set her back 10million. Madonna's kids Lourdes, Rocco, David and Mercy have plenty of space to run around as the star also owns the eight-bedroom property next door. With enough space to open up a boutique hotel, those keen to celebrity spot are welcome to book a room at the hotel across the street until she comes around to the idea. Tip: Room 118 gives you the perfect nosy neighbor view.

The Arch (as in Marble Arch, London's nearby famous monument) is made up of seven Georgian townhouses and two mews homes; it's the ideal option if you want somewhere cosy to stay away from the hustle and bustle of huge hotels in the city. At the same time it's walking distance from the capital's buzzing shopping streets, West End and the glorious Hyde Park, so you won't have to travel far to experience the action when you crave it. 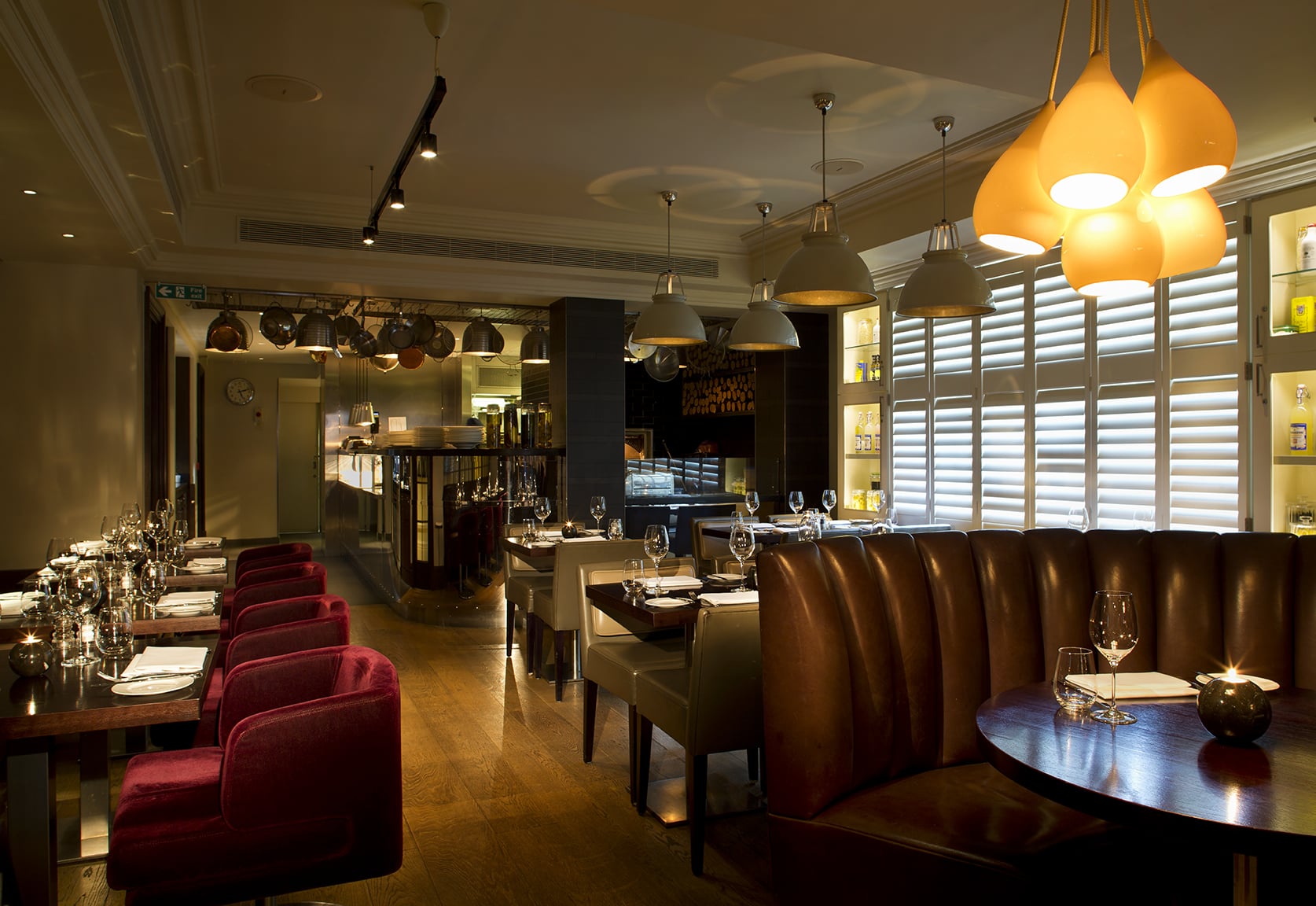 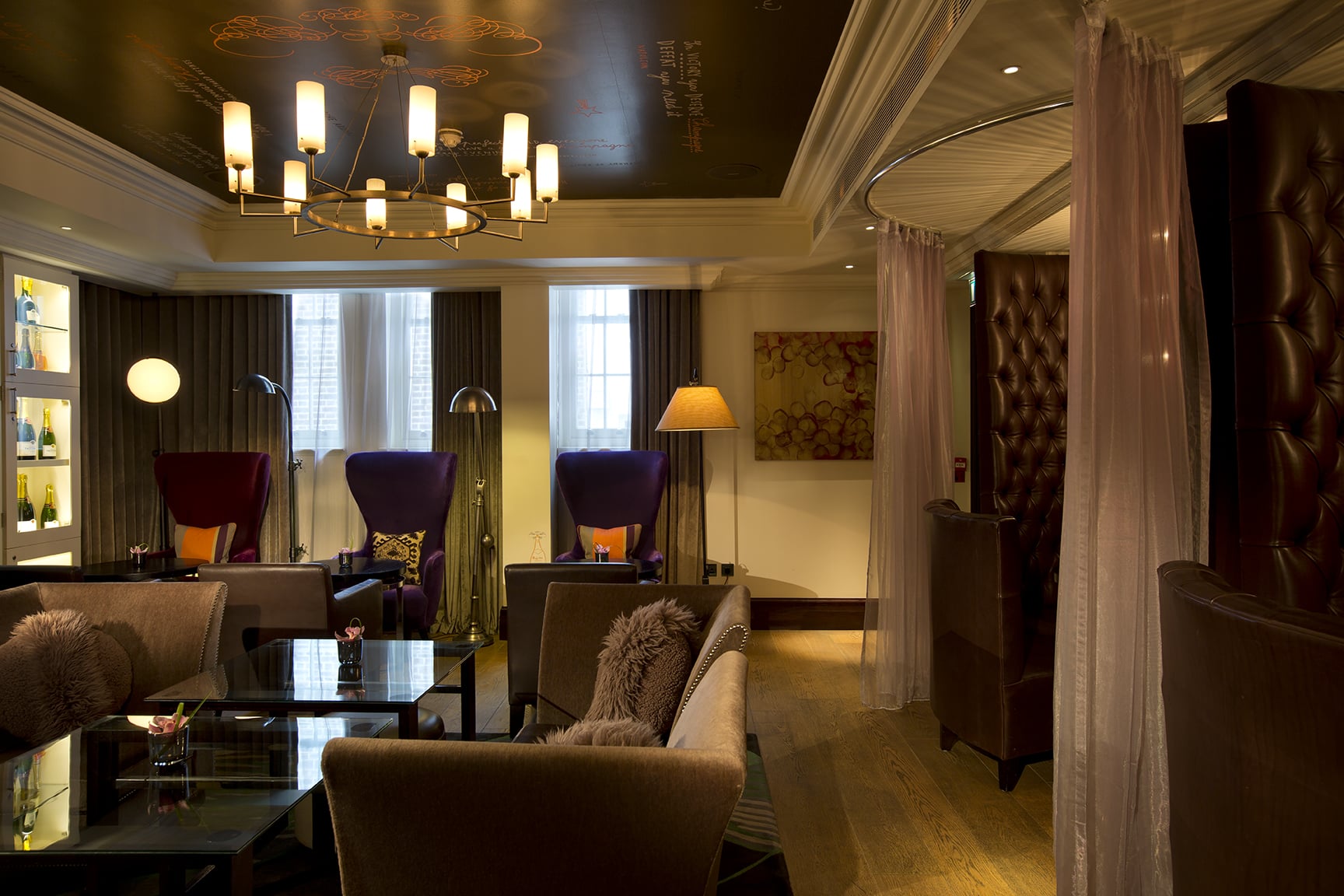 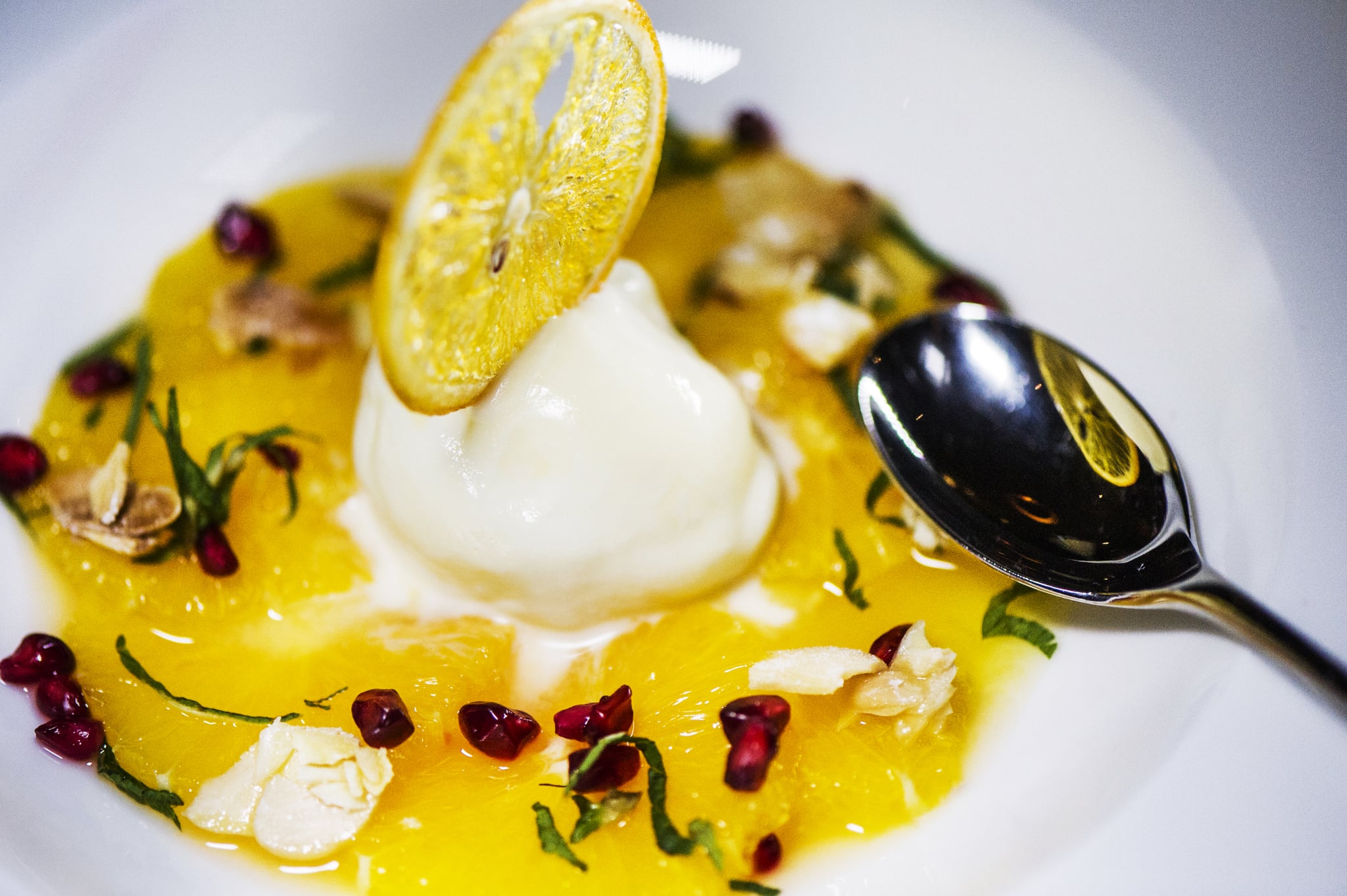 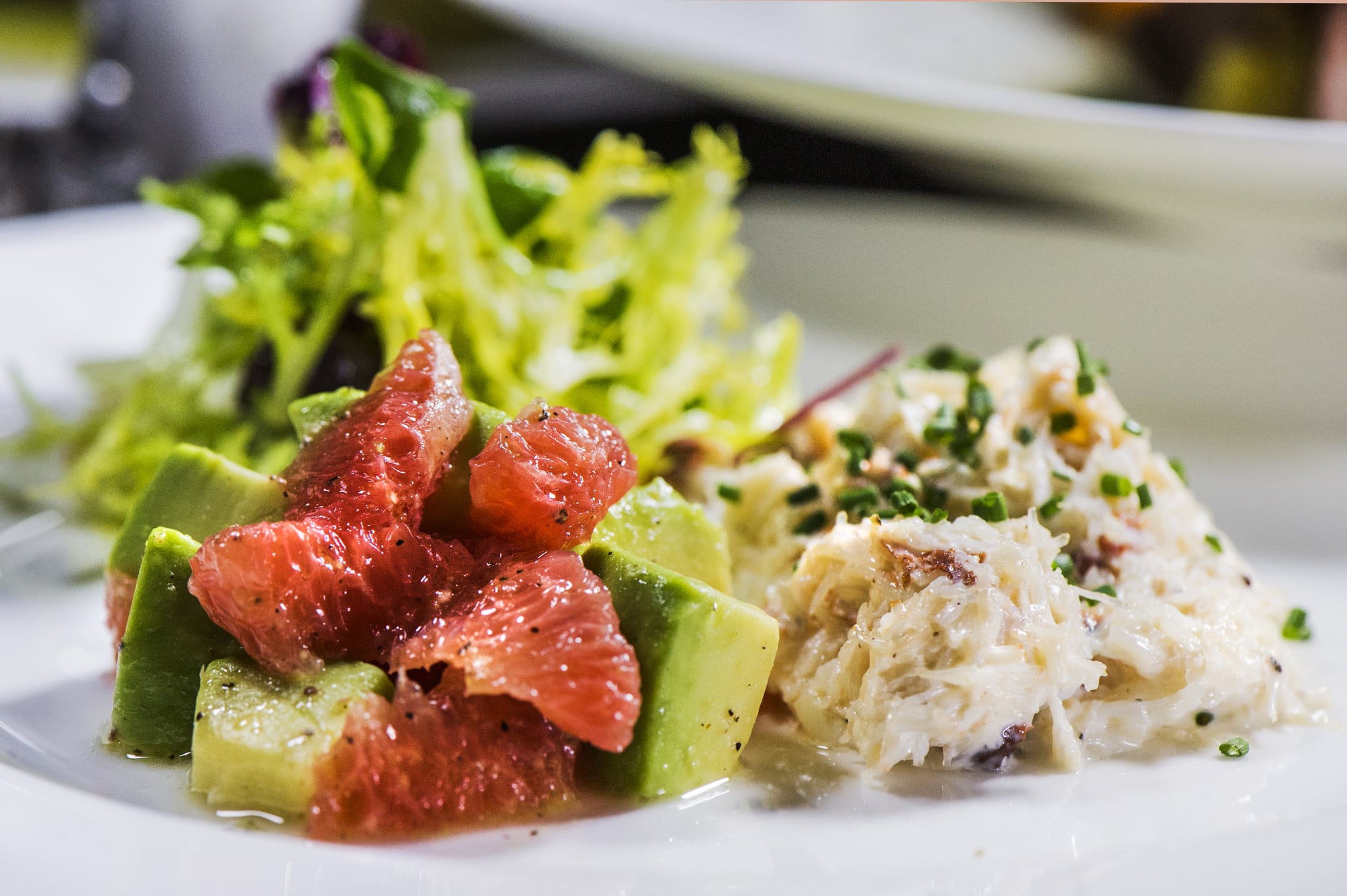 Speaking of cravings, the hotel's Hunter 486 (named after the 1950s filling code for Marylebone) has some top notch food and drink choices, so you needn't even leave the hotel for a nice meal. Head Chef Garry Durant serves up dishes such as the Dressed Dorset Crab, avocado and pink grapefruit to start and the Orange, pomegranate, blossom water, mascarpone sorbet and toasted almonds for dessert. Make sure to try their signature cocktail, the Grace Kelly martini.

On the other side of the restaurant is the glamorous Le Salon de Champagne which you could spend hours chatting the evening away in thanks to their discreet leather booths with floor-to-ceiling drapes. Even if you opt to sip bubbly out in the main area, you'll while the time away gazing up at the interesting scrawling on the ceilings. 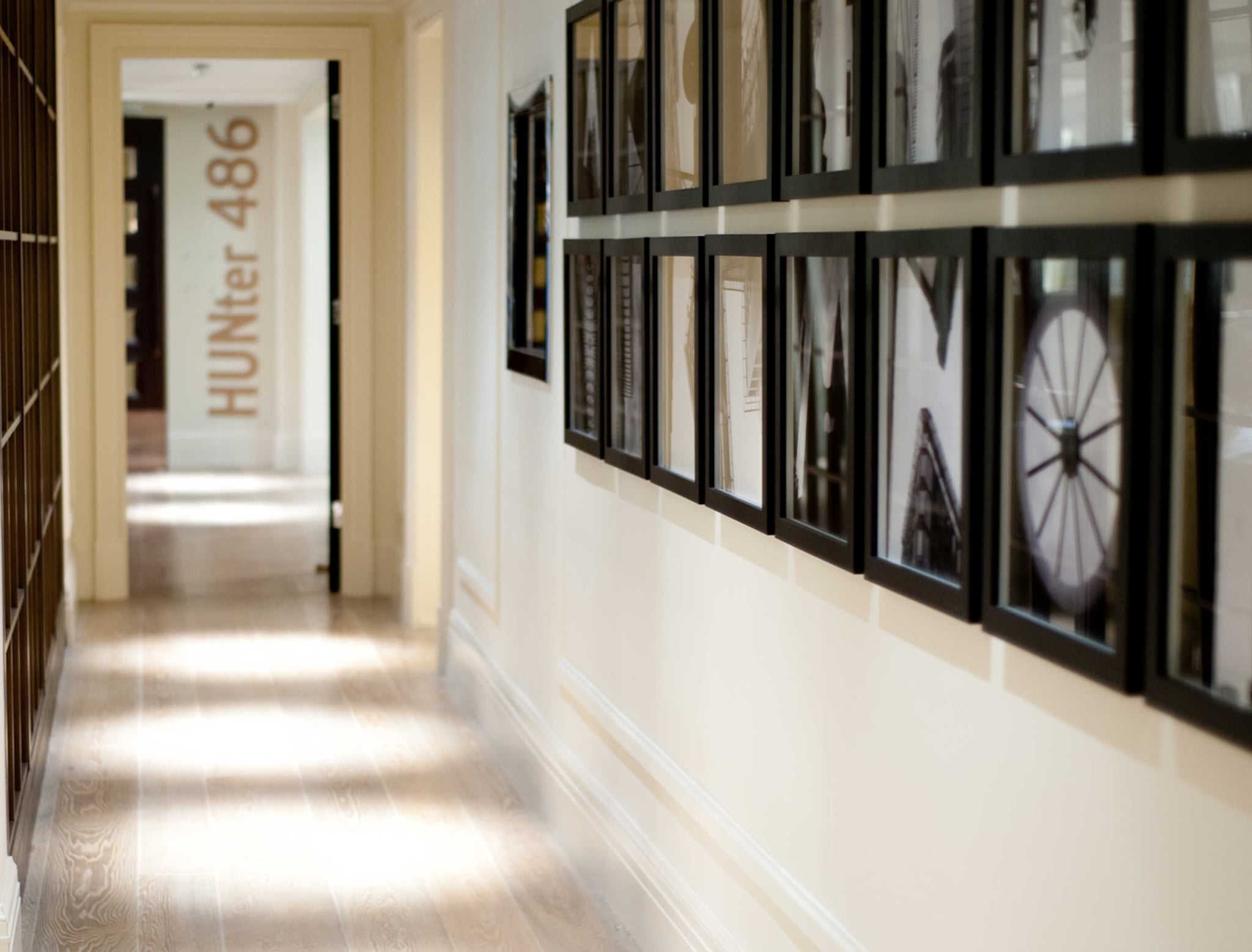 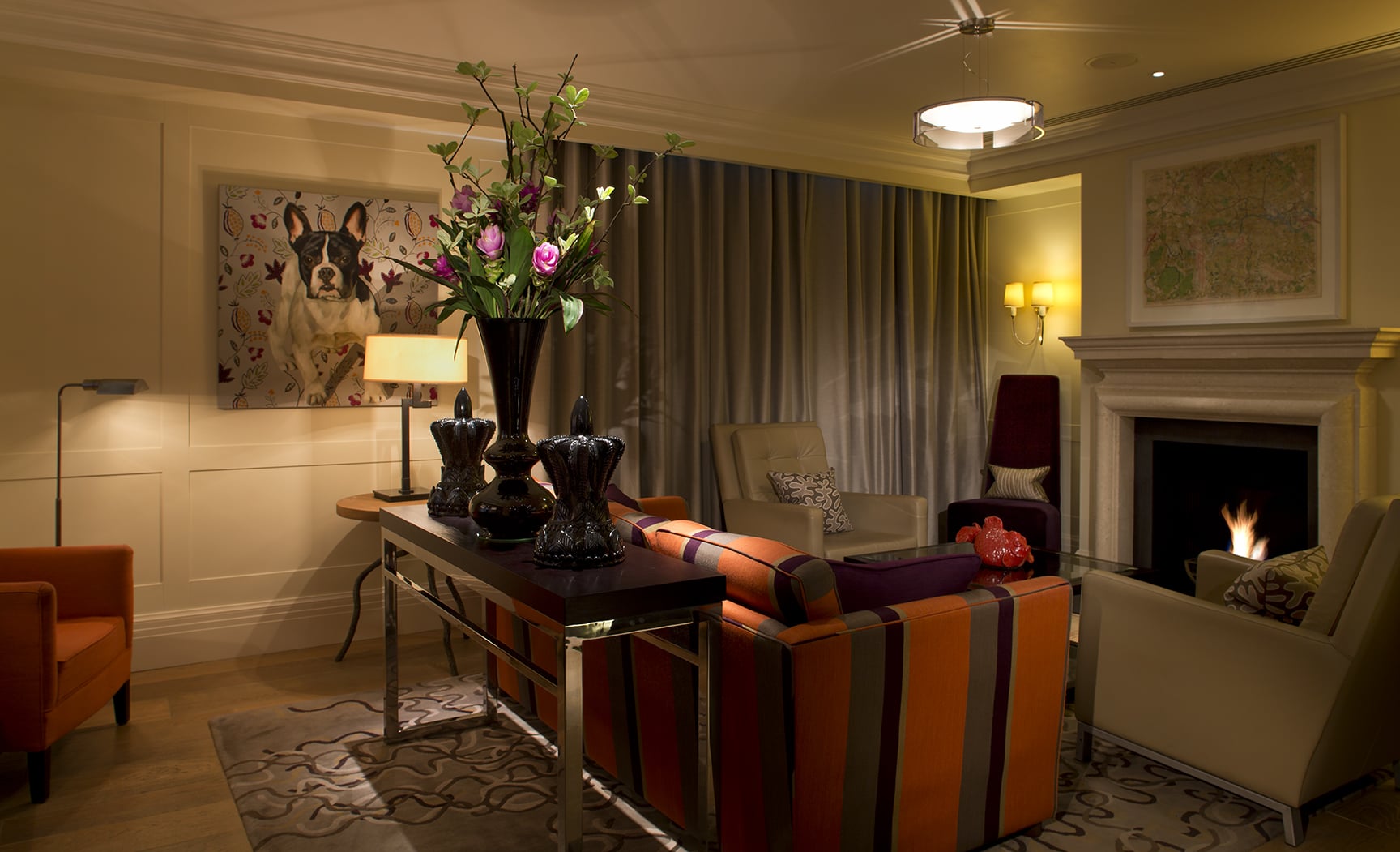 All over the hotel – which has a small gym for those who like to keep up with a workout routine while traveling – are cool pieces of artwork from British talents. It includes 'Alphatecture' prints which spell out the alphabet using shapes from architecture, and an adorable British bulldog image in the foyer, plus ore in the Martini Library, which Madonna has used in the past for filming. The canine painting hints at how the hotel is super pet friendly and even offers dog walking services.

When it comes to getting a good night's sleep, little gestures from the hotel such as complimentary softs drinks, teas and coffee from the mini bar make a big difference. Bathroom toiletries are from MALIN + GOETZ and you don't have to ditch off watching you're favorite TV show when it comes to shower time, because there's a TV in the bath. If you're in a rush to get ready, you'll appreciate the anti-steam mirrors too.

Each room is individually decorated with bespoke wallpaper and luxury furnishings, the Queen of Pop might want to make it her second home…well, seventh. 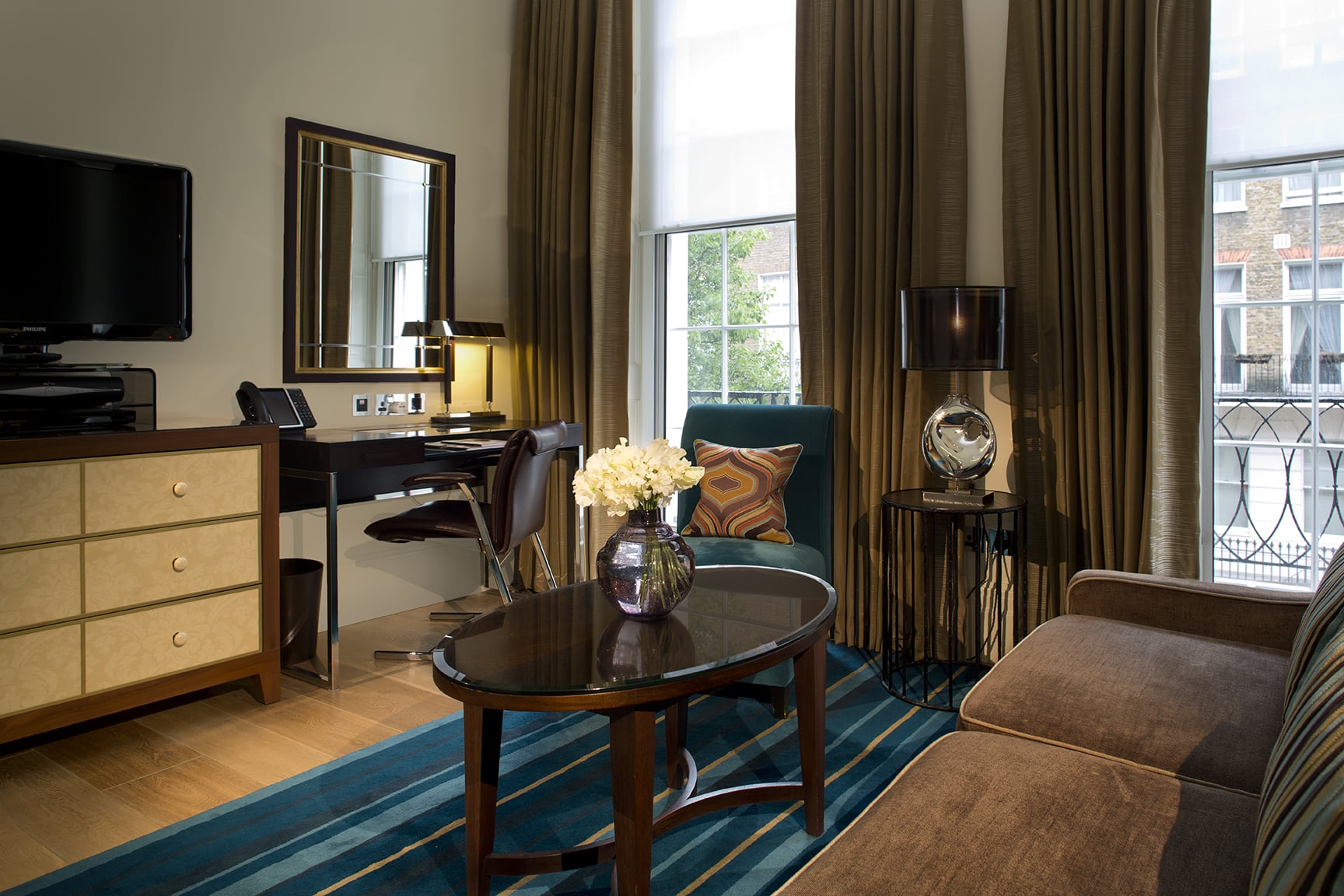 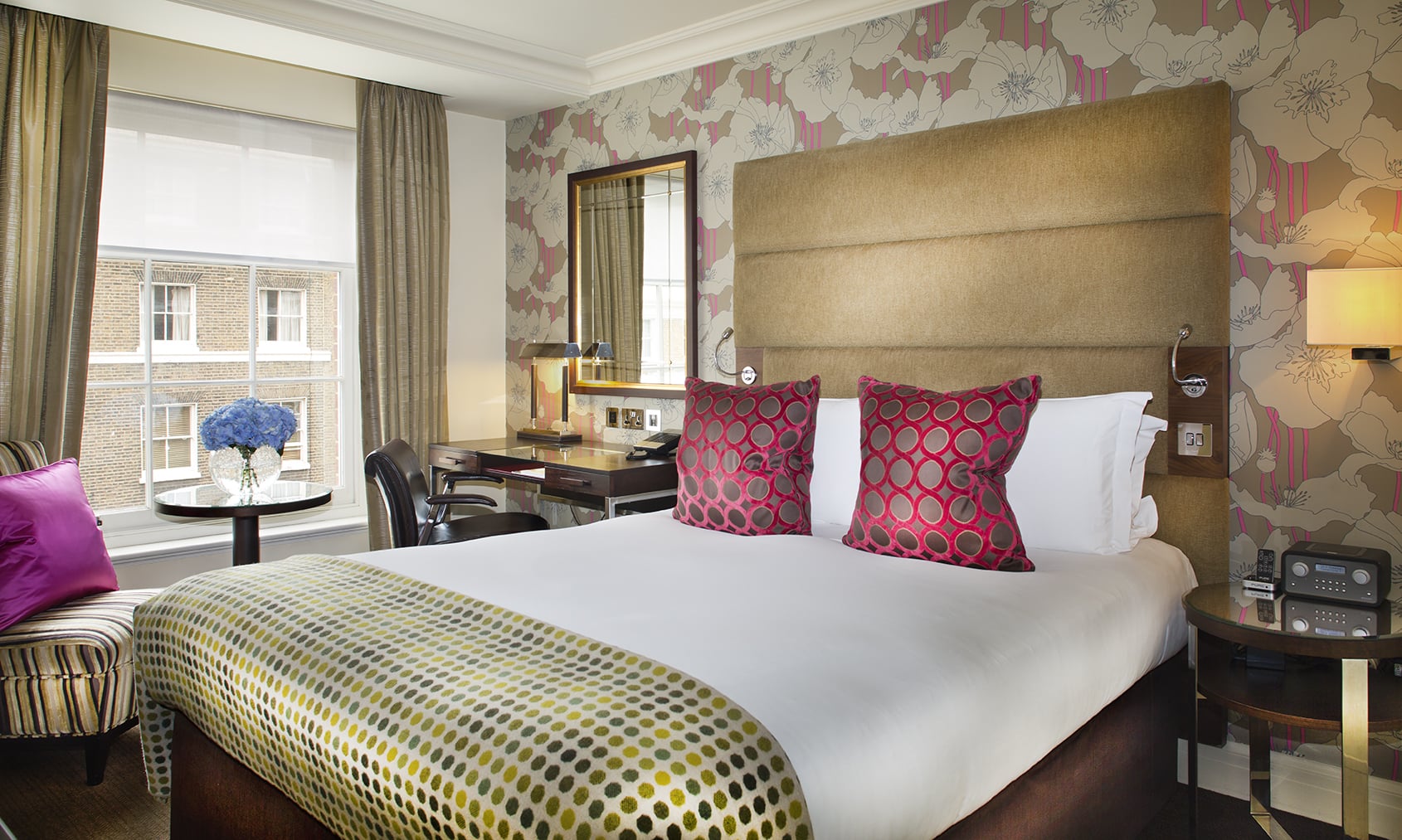