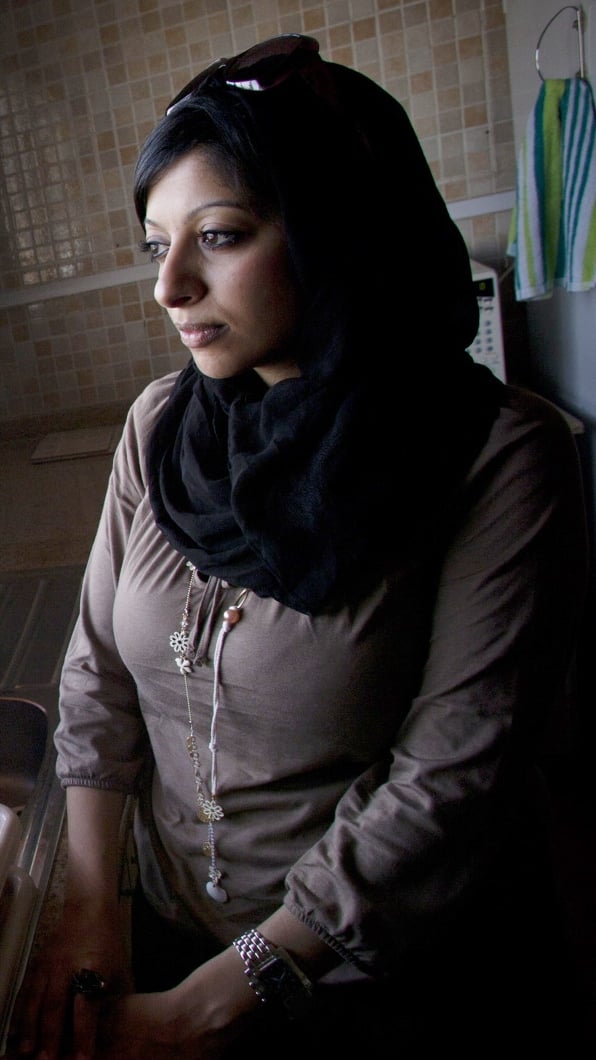 Social media was in high spirits on Tuesday, after human rights activist Zainab al-Khawaja was released from prison.

The Bahraini mother, had been behind bars with her son for approximately 50 days after tearing up a picture of the country's King Hamad bin Isa al-Khalifa.

Zainab, 32, was supposed to be locked up for three years and one month, but it's thought pressure from all over the world helped free her.

People were particularly concerned for her welfare because she was taking care of her son while jailed, and has other children with her husband at the family home.

Her sister, Maryam al-Khawaja, co-director of the Gulf Center For Human Rights revealed the news on Twitter, but added her sibling is at risk of going back to prison at any time. It's not the first time Zainab has been locked up, she was previously imprisoned for a year for similar reasons.

She wasn't the only one happy about Zainab's release; the Twittersphere has been campaigning for her to go free for months now.

Check out some of the reactions below.

Welcome the release in #Bahrain of Zainab al Khawaja on humanitarian grounds. @khalidalkhalifa

Zainab al-Khawaja has been released! https://t.co/7LHoj9L7sR

She is free!
Finally, some good news from #Bahrain where Zainab Al-Khawaja has been released. Now drop all charges! pic.twitter.com/TwndugIarb

Finally, she is free #Bahrain Zainab Al-Khawaja has been released. pic.twitter.com/ORpEYWJACv

Zainab and her baby can be jailed at any point. Call on #Bahrain to drop all charges against Zainab Al Khawaja! pic.twitter.com/nRW0YiQ5Mv

Great to hear that Bahrain has released peaceful political prisoner Zainab al-Khawaja. Now, King Hamad, how about releasing the rest?