Four years ago, a woman named CaShawm Thompson was inspired to create a #BlackGirlMagic hashtag after listening to an inspiring speech by then First Lady of the United States, Michelle Obama at the Black Girls Rock Awards.

#BlackGirlMagic was created as a way to celebrate black women - their achievements, beauty and power, because society was not. The hashtag spread like wildfire across all social media platforms, and has become a symbol of black female empowerment around the world.

But what if there was an Arab version of the powerful hashtag?

Considering the power and influence of social media, something as simple as a hashtag could be all it takes to arm Arab women with a sense of pride and solidarity. What if a hashtag could represent the diversity and beauty of all Arab women, celebrating their achievements and their voice, too?

At least that's what Lebanese native and Montreal resident Celine Semaan, thought to herself. And that's how #ArabGirlMagic was born, she told The Cut.

As a refugee whose family had to flee Lebanon because of civil war, Semaan grew up with a misplaced sense of shame thanks to the racism she faced by fellow classmates as a child. Her hair was too curly. Her food too weird. The beauty of her Lebanese heritage was lost on her thanks to growing pains of childhood.

But then last week a photo of a girl looking up in awe at the official portrait of Michelle Obama, whom she had mistaken for a queen, went viral inspiring women all over the world to reclaim their power instead of wait for it to be given to them.
Semaan hopes that #ArabGirlMagic will spark a digital celebration of Arab woman by helping them take pride in their identity, look positively at their uniqueness, and inspire each other.

In essence, #ArabGirlMagic is an adamant, unapologetic message of love, hope and power to every Arab woman that's ever been characterized, put down, or ignored. 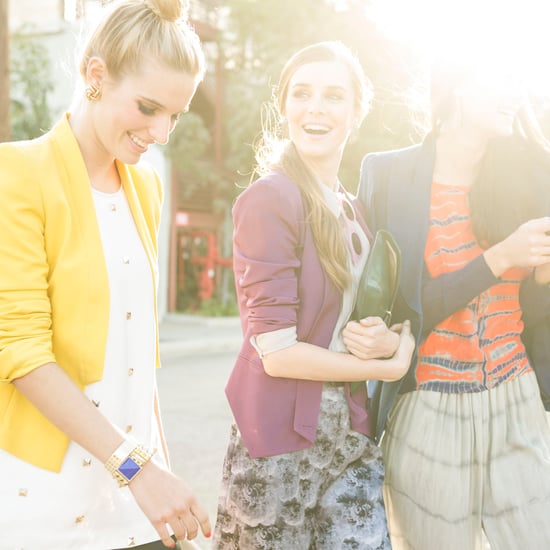