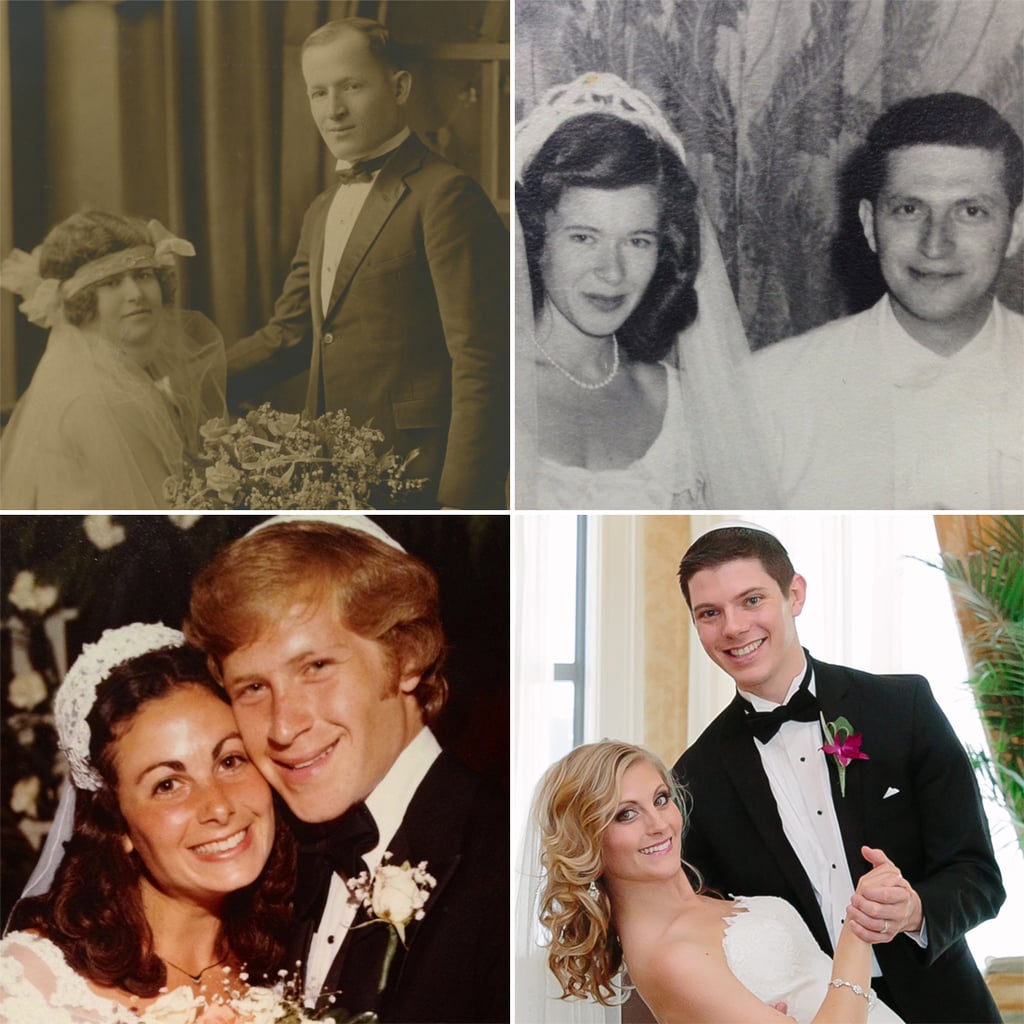 When Andrea Winter married Robert Kitsis at a historic hotel in downtown Milwaukee, WI, she was carrying on a family tradition that began in 1924. Andrea's great-grandparents Morris and Dorothy Paschen married at The Pfister Hotel in downtown Milwaukee on Aug. 24, 1924. Then their daughter Bernalee married Charles Winter at the same hotel on June 29, 1948. Bernalee and Charles's son Bruce also chose the same location when he married Susan on July 3, 1979. And finally, Bruce and Susan's daughter Andrea married Robert Kitsis on June 29, 2014, at, you guessed it, The Pfister Hotel. Andrea and Robert even chose the same anniversary as the bride's grandparents, June 29.

Robbie and Andrea met virtually when they both joined the University of Wisconsin-Statesider Dorm Facebook group before meeting in person their freshman year at the University of Wisconsin — Madison. They were friends first before making it official that Summer. Then it didn't take long after their engagement for them to decide on venue location. Andrea explains why they chose to continue the family tradition: "Since I've been a little girl, I've always dreamed about my 'happily ever after.' As soon as we stepped foot into the gorgeous Pfister Hotel, we knew immediately that this was the perfect venue and setting for our fairy-tale wedding. Knowing that we would be the fourth generation to marry at historic hotel was the icing on the cake. It is so incredibly special to continue this wonderful family tradition."

Family is clearly important to the newlyweds. Robbie tells us: "Family means everything to us. They are our biggest fans and our support system. We cherish the relationship we have with each and every member in our family. We are blessed to have seven of our eight grandparents still with us today." Bride Andrea shares a bit about her vision for the big day: "We wanted it to be a magical night that we would remember forever! We wanted a romantic and heartfelt ceremony followed by an elegant celebration."