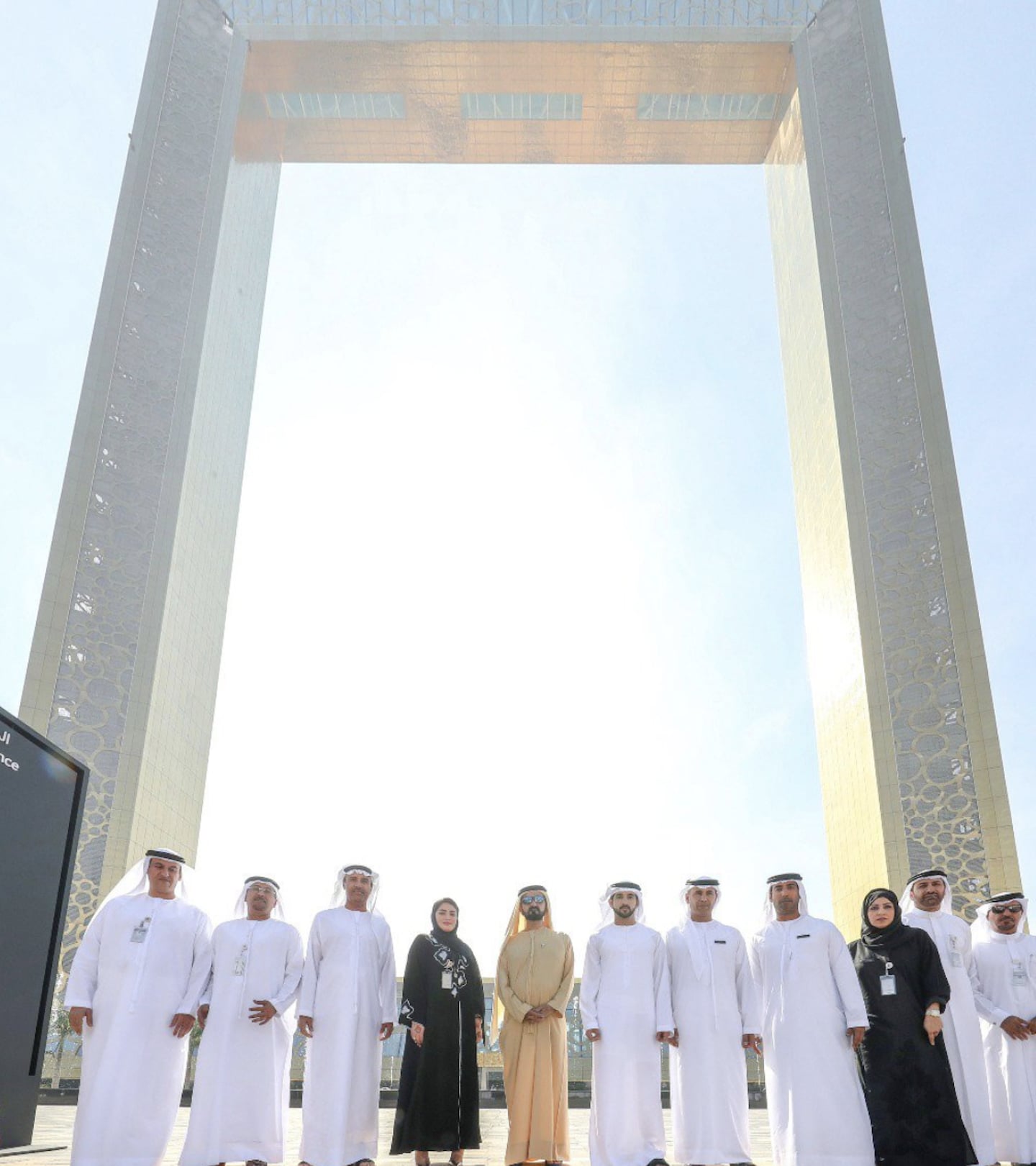 Whenever a new building or project opens in the UAE, Sheikh Mo is on hand to oversee it.

Just last month, the UAE's Vice President hosted the official inauguration ceremony for the Louvre Abu Dhabi (along with other Emirati royals), and now, he's on hand to unveil Dubai's latest, much-anticipated attraction.

#DubaiFrame emerges through a thick fog that descended on #Dubai this morning.
Image Courtesy: @shadir_7 pic.twitter.com/qYrQ5nlaUS

The Dubai Frame, which came under fire earlier this year for a dispute with the architecture, faced a number of delays, but it's finally ready for visitors and you're going to want to check Dubai's newest attraction out right away.

The frame, which is called Berwaz in Arabic, is made of two 150-meter-high towers that are connected by a 93 meter bridge at the top. Standing on the bridge, you get a view of both Downtown, as well as the older part of the city.

Tickets will cost AED50 for adults, and AED30 for kids.