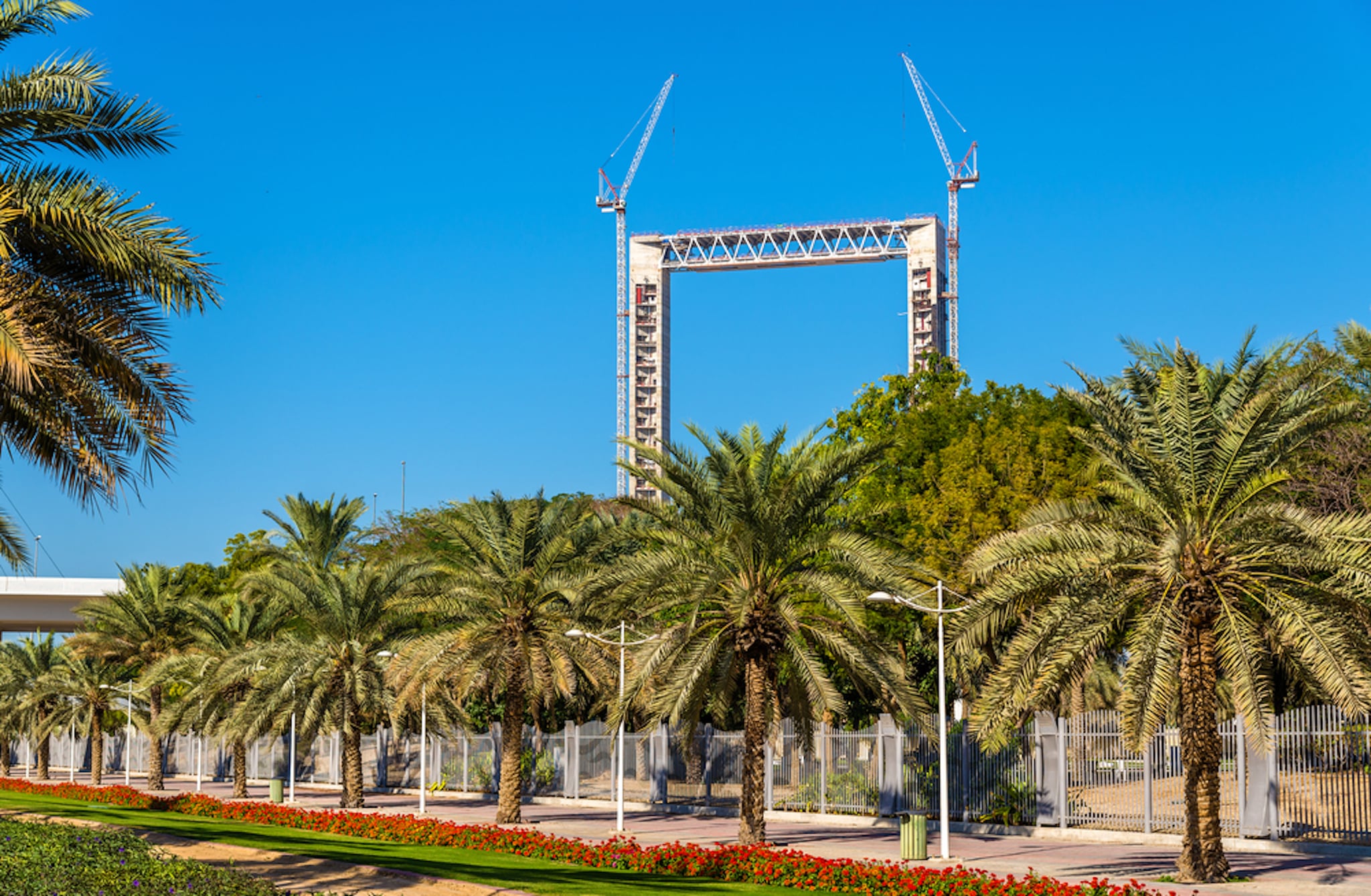 Rumors about the Dubai Frame's opening date have been circulating for months, but now, it's been confirmed that Dubai's newest architectural feat will officially begin welcoming visitors in November.

The new structure, which is comprised of two thin towers that are connected by a bridge 150 meters off the ground, frames the city, allowing people to view old Dubai from the newer part of town and vice versa. Though construction has been delayed, Dubai Municipality confirmed today that building will be complete by the end of the month and will be open to the public soon after.

"We want to make the most of Emaar's expertise in executing giant projects like Burj Khalifa, the tallest building in the world, in the management and promotion of Dubai Frame," said Hussain Nasser Lootah, director general of the municipality, speaking to The National.

"We gave special attention to the project's general appearance and safety standards. Stainless steel gold cladding is used in the project to give it a glittering look and, at the same time, is immune from fire."

The structure is already in plain view, adding something new and interesting to Dubai's ever-changing skyline.