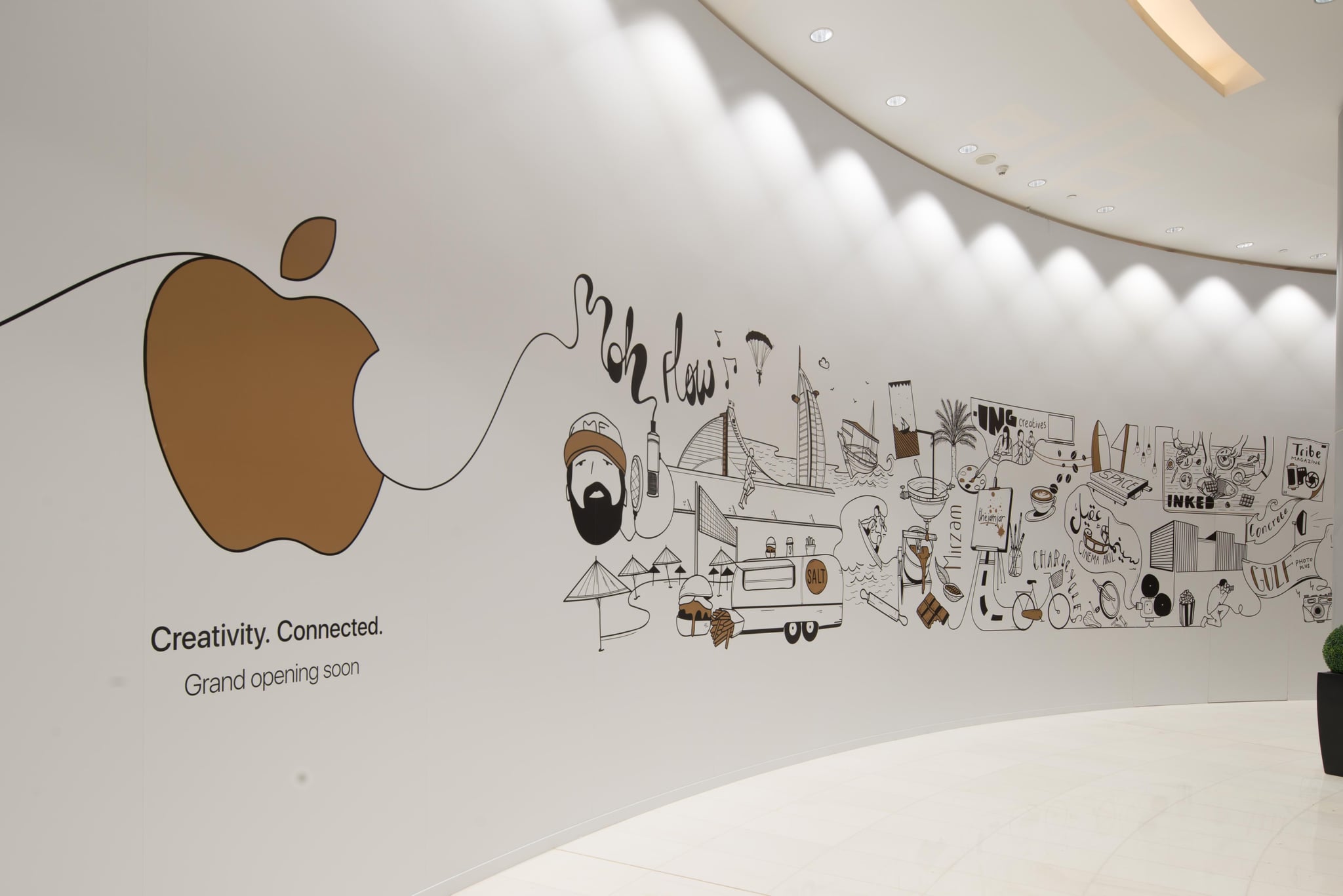 We flipped out when the first two Apple Stores in the Middle East opened in the UAE in 2015, and now it has been announced that a third one is coming, to possibly the best location ever.

The Dubai Mall will launch the second store in Dubai (there's already one at Mall of the Emirates) and as the biggest mall in the world, we just know it's going to be incredible. It already receives over 80 million visitors every year and we bet that number will soar with the range of key landmarks nearby. Visitors will be able to eye up the world's tallest building, the Burj Khalifa, and the world's largest fountain show.

A special barricade was unveiled surrounding the two-level storefront, with a concept titled 'Creativity. Connected.', on show. It tells the story of the creative community "from start-ups, independent art galleries, and local app developers to boutiques, cafes, and food trucks that we all know and love."

Over 35 local enterprises are represented on the mural wall, illustrating the interconnected creative movement from across the United Arab Emirates.

Positioned at the center of everything, the store will become "a meeting point for the creative-minded people, and a place of learning and inspiration that combines East and West," a release for the company said. "The concept is built on the essence of UAE as the Middle East's commercial and creative hub featuring a young and bold cosmopolitan city."

There's no word on when exactly it is opening but we'll literally be refreshing this website link until all is finally revealed! 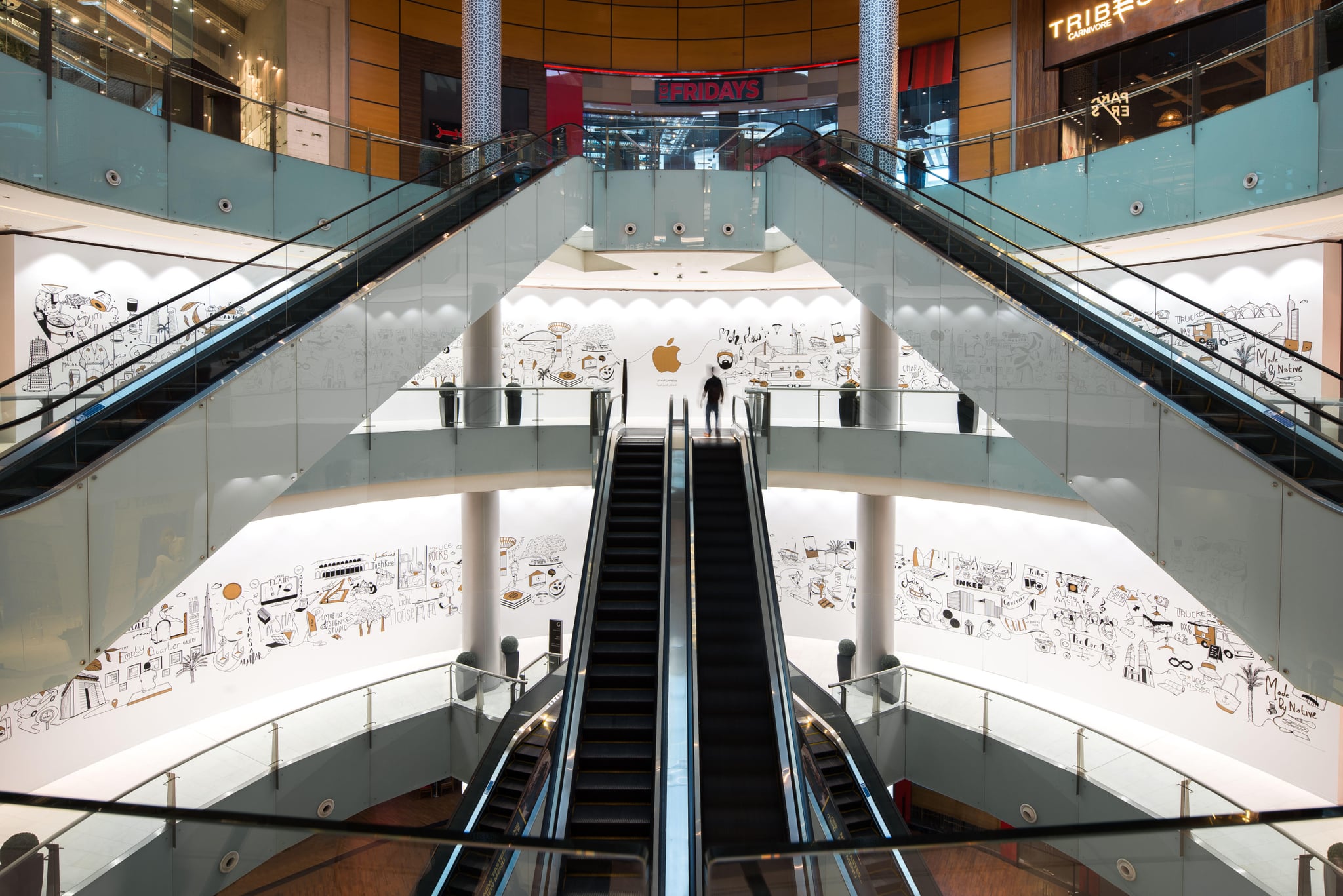