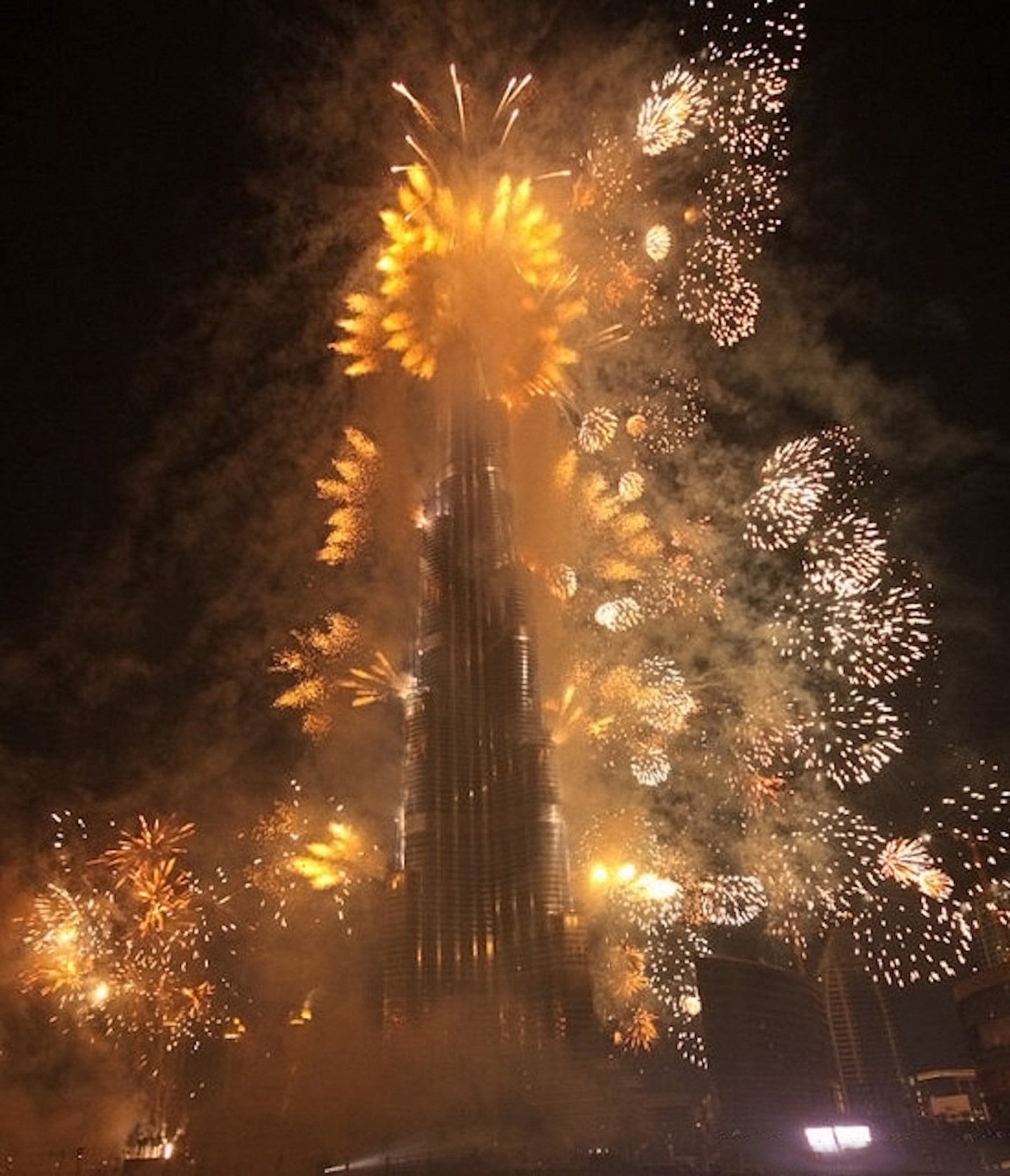 The Burj Khalifa is home to one of the most iconic New Year's firework displays in the world, but this year, things will look a bit different in Downtown Dubai.

In a Tweet, Emaar announced that the traditional firework show--which usually draws millions of visitors from around the globe--will be replaced by a laser light show on New Year's Eve.

Say goodbye to the old & hello to the new as we #LightUp2018 in #DowntownDubai this #MyDubaiNewYear! pic.twitter.com/Sv0f6dX738

"The celebration last year was seamless and welcomed millions of visitors globally. This year, we have a very exciting concept, Light Up 2018, that will delight the world. We will provide more details towards the event," Emaar continued to explain.

In addition to the Burj Khalifa, other Emaar buildings in Downtown Dubai will be used as a backdrop for the laser show. Emaar also promises that viewers can expect "several surprises" throughout the evening.

Now, more details have emerged about the show, and it's set to break an official Guinness World Record.

'Light Up 2018' will be a tribute to Sheikh Zayed, and it's going to kick-off a year of honoring the nation's late founding father.

2018 will be the 'Year of Zayed,' and the New Year's Eve show will mark the beginning of a year of celebrations.

Witness as we #LightUp2018 & attempt an official Guinness World Records title this #MyDubaiNewYear in @MyDowntownDubai pic.twitter.com/H8lNH9j3T4

If you still would prefer a more traditional New Year's celebration, there will be a large firework show at Dubai Festival City Mall, and free entertainment will begin in Festival City at 7 p.m. on December 31. Fireworks will light up the sky at 9, 10, 11, and midnight.