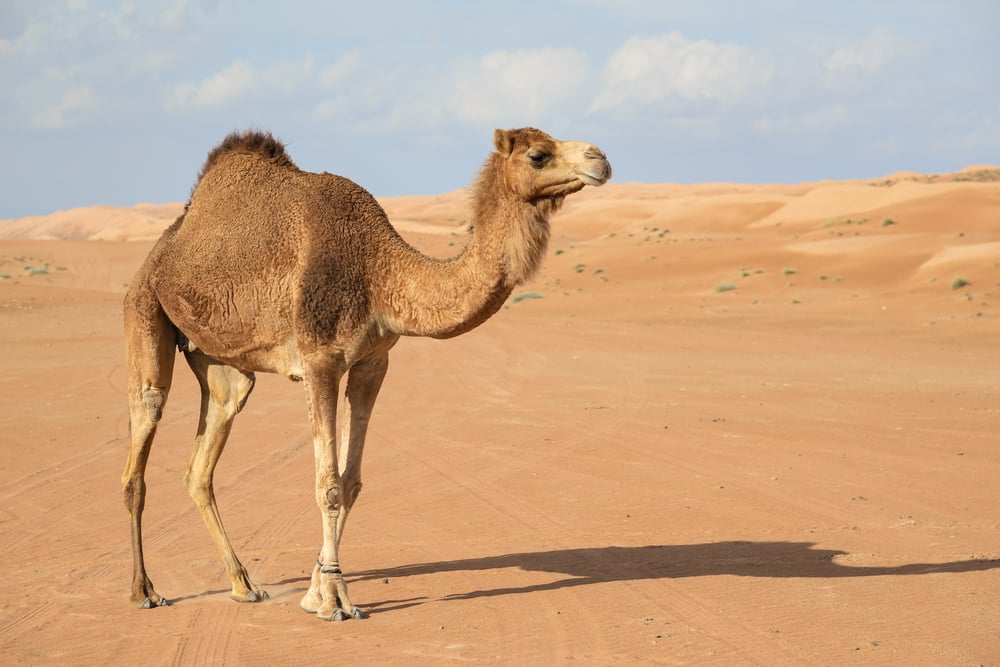 Camels play an important role in the history of the UAE. Bedouins did (and continue to) use them to trek through the desert; camel racing is a national pastime; the camel beauty pageant is one of the biggest events of the year; and camel milk and camel meat are commonplace throughout the country.

With such a central role in the nation, it's no wonder that Dubai police rushed to the rescue when a report came in that a camel was trapped in a sewage hole.

Lieutenant Colonel Ahmed Ateeq Bourguiba, deputy director of Dubai Police's search and rescue department, received a call about the trapped camel, and immediately briefed his team and headed to the location.

With its entire body trapped underwater, and only its head and neck exposed, the police had to use "hydraulic devices to widen the opening of the pit and at the same time ensure that the concrete blocks did not fall on the camel," Khaleej Times reports.

"The team brought a vehicle - in cooperation with the Municipality of Dubai - to carry the wastewater pulled out of the pit. Once this was done, the rescuers tied the camel with special ropes, and then lifted it with great caution using a crane of the Dubai Police."

The operation was a tricky one, but the animal was rescued without sustaining any injuries.

The camel is back where he belongs, and the police are being lauded as heroes for carrying out this quick and difficult rescue!

Watch the video below.

News:#DubaiPolice rescue camel - after it fell into sewage hole