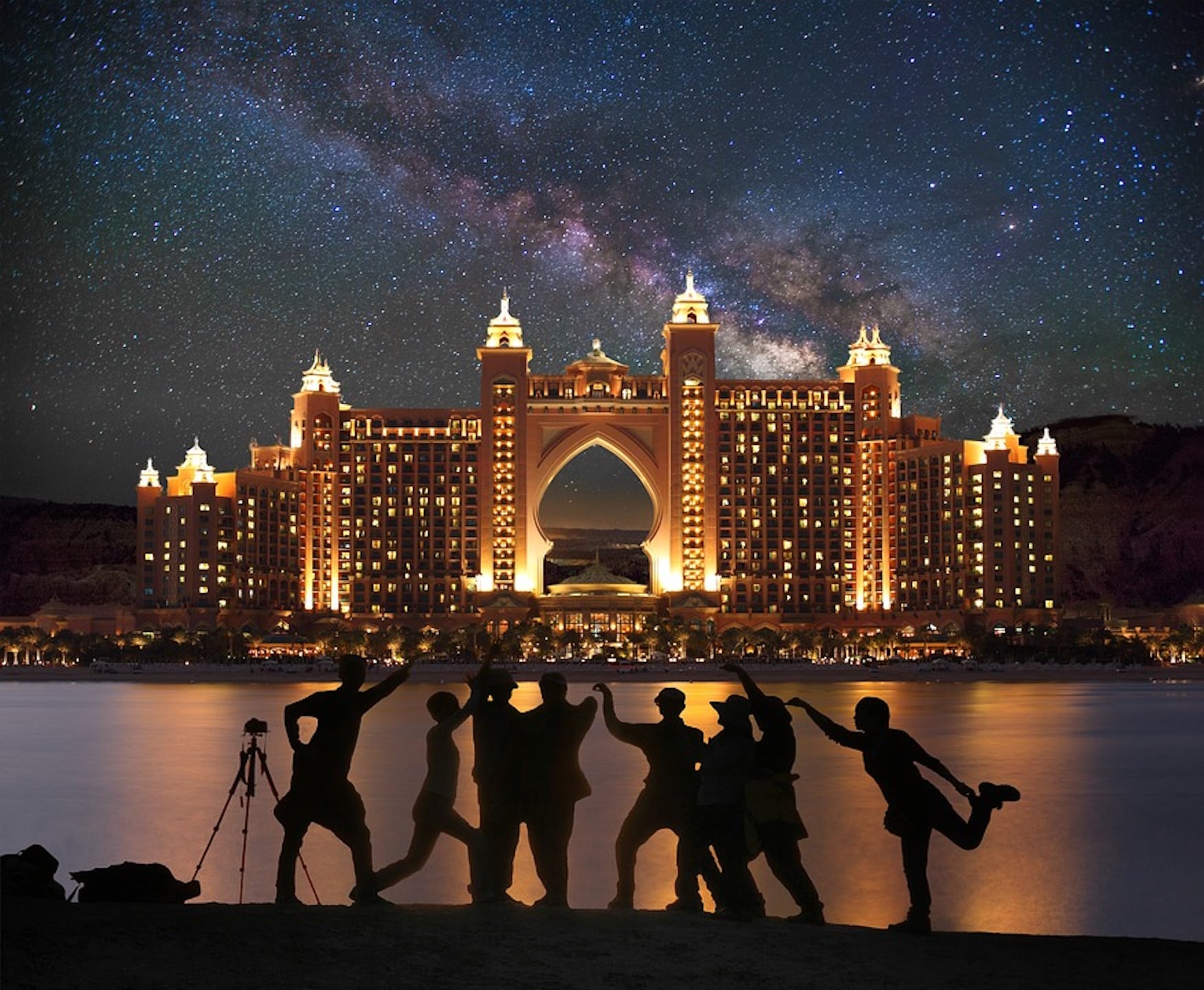 Dubai's population is just under three million, but throughout the year, that can increase by up to 459 percent. How does the population make such a big jump? And is there any other city that swells this much? The World Economic Forum recently released a study to explain Dubai's huge population growth-- here's how it happens.

#Dubai’s population increases by 459% throughout the year due to tourists, according to research by https://t.co/HQCF6Zb2AR pic.twitter.com/h7QKtcGoxW

The orange dots in the grid below represent the city's native population (each dot represents 100,000 people), and the blue dots represent annual visitors. Dubai attracts 15.3 million visitors per year, leading to a 459 percent growth. 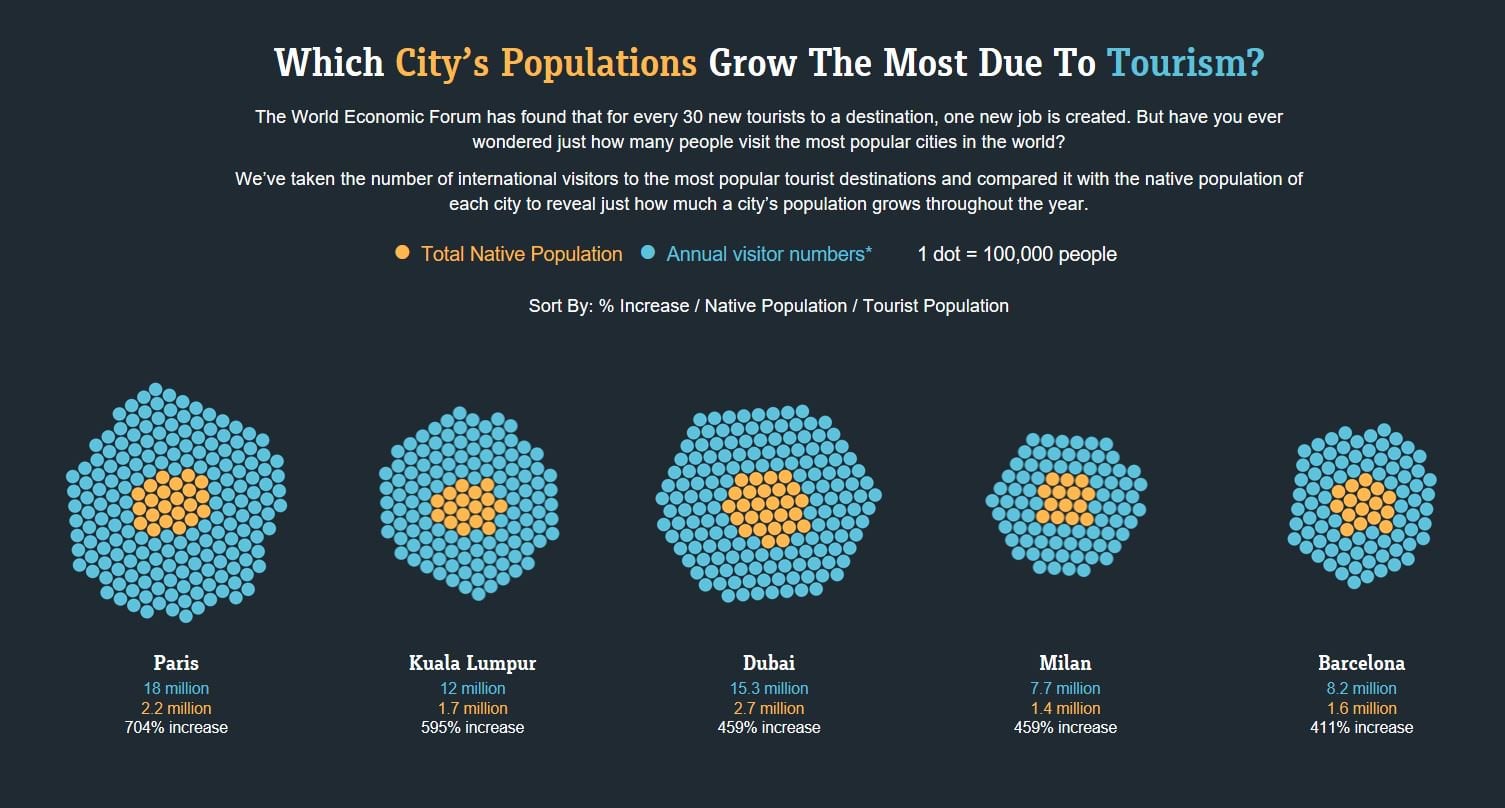 While Dubai's population increase is pretty big, the city that sees the highest influx of visitors is Paris, with 18 million visitors a year.