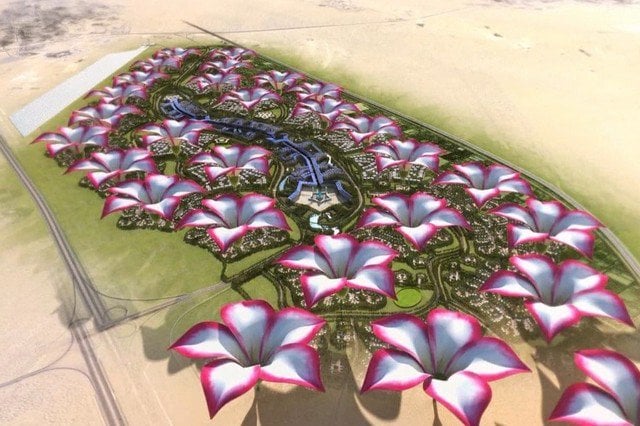 Though we don't know when or where Dubai's new Desert Rose City will open, this eco-friendly city will certainly be the first of its kind in the region.

Desert Rose City is set to open in an unknown location in Dubai's desert, and will be home to 160,000 people on 14,000 hectares, according to The National. The city will have a police station and a mosque, as well as a number of green spaces and efficient waste-recycling systems. Desert Rose City will run entirely on renewable and solar energy, setting an example for other Middle Eastern cities who are not as eco-conscious.

Dawood Al Hajiri, executive director of the municipality's planning department, said that the addition of the city will help controbute to the growth of a low-carbon economy in the region.

As impressive as this place is in terms of sustainability, it's note-worthy as a design feat, too. A rendering shows that the city will be built in the shape of a flower, and schools, malls, hospitals, and other services will be built beneath the petals.

No word yet on when we'll get the first glimpse of Desert Rose City, but we're looking forward to following the progress of this city of the future.