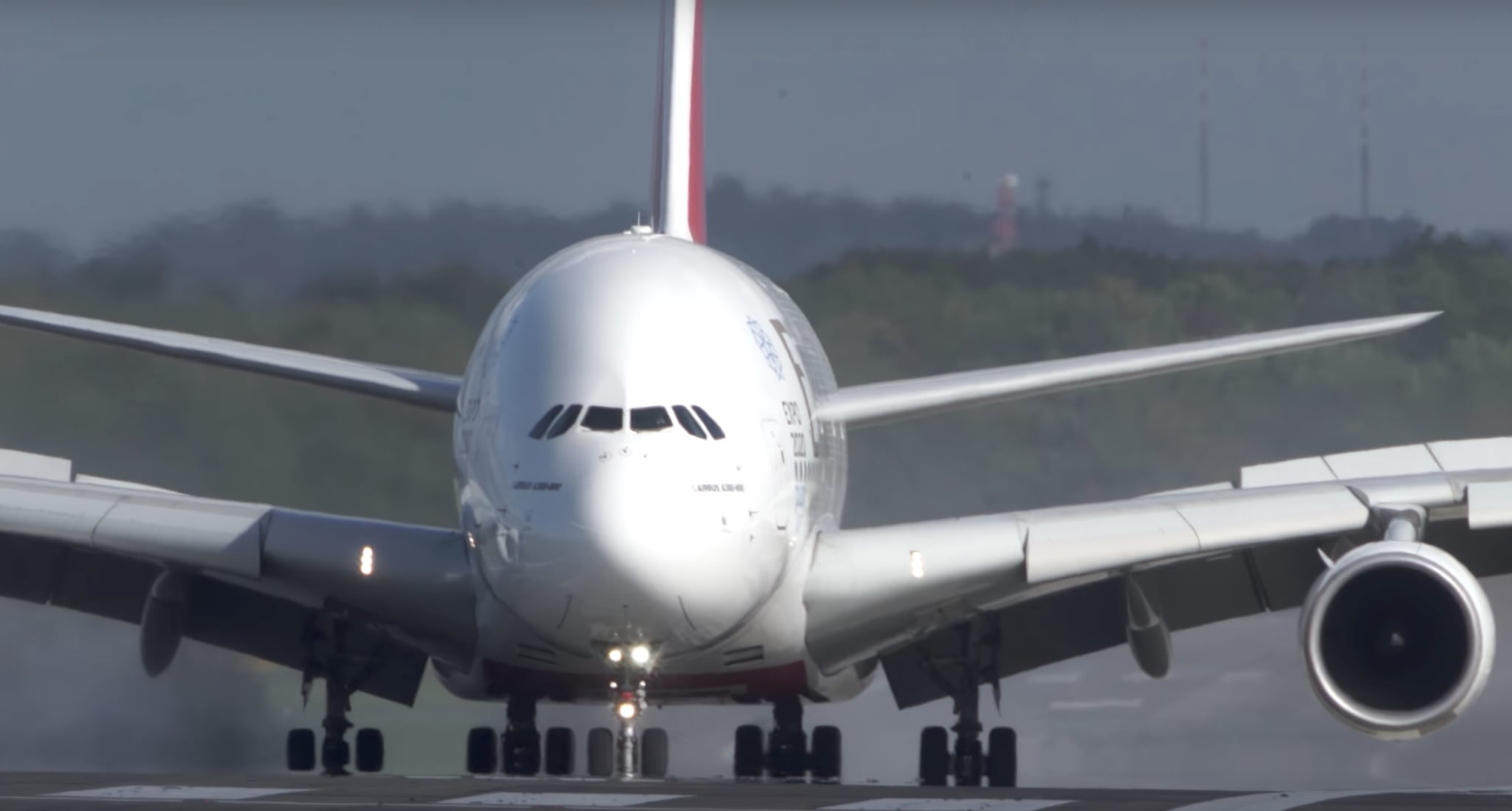 YouTube user Cargospotter has filmed thousands of aircrafts making crosswind landings at airports across Europe. Over the past few years, the amateur filmographer has waited at runways at airports throughout the continent to capture the mesmerizing moment when an aircraft makes a landing despite winds pushing it on every direction.

Though he's created a number of awe-worthy videos, he recently filmed an Emirates plane landing in Düsseldorf, and the captain's skills prove that Emirates really is the best airline in the world.

Caught in a particularly crosswind, the Emirates airbus begins its descent onto the runway, but almost immediately upon hitting the ground, the plane beings to swerve across the runway.

"Watching an Airbus 380 is always interesting and a pleasure to watch. I would really like to know what the passengers thought during the Arrival today at Düsseldorf," he continued.

Watch the video below!