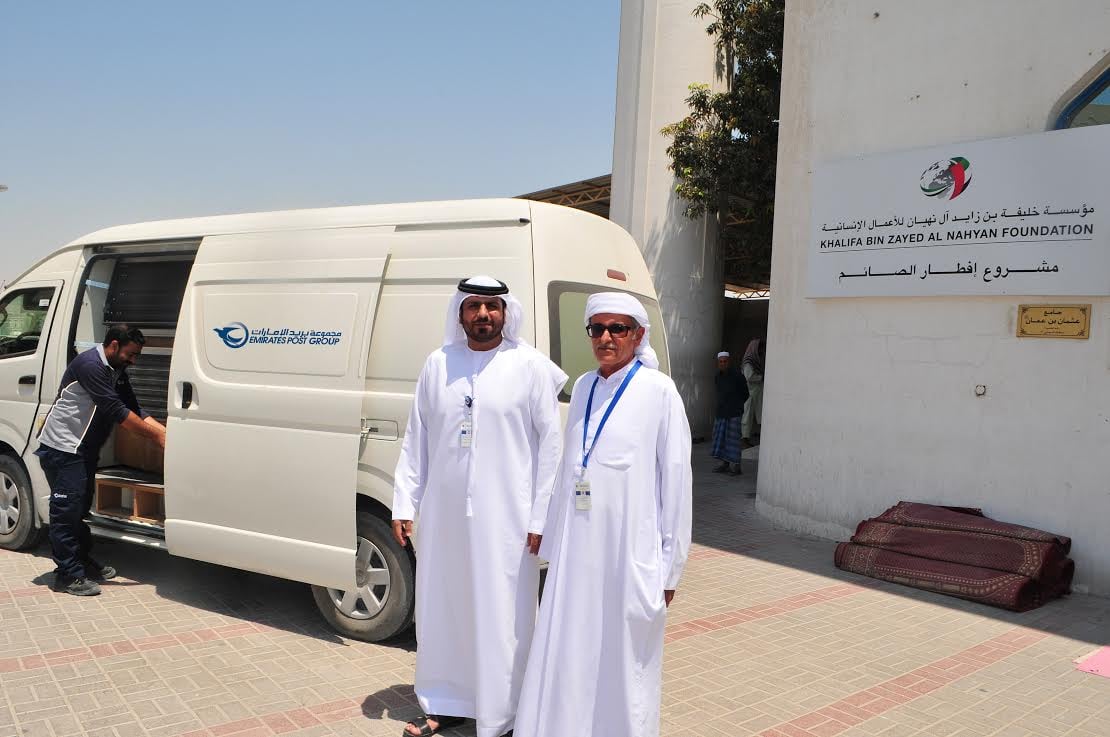 Emirates Post is doing a lot of good this holiday season-- particularly in the Emirate of Sharjah.

For the fifth year in a row, Emirates Post is helping bring Iftar meals to those in need in conjunction with the Khalifa bin Zayed Al Nahyan Foundation's Ramadan Project.

Providing the transportation for the meals-- including both the delivery and the collection--Emirates has given out over 1.7 million means, and Ramadan is just halfway over.

Mr. Sultan Al Midfa, CEO of the Postal Operations said: "EPG is an in coordination with Khalifa bin Zayed Al Nahyan has so far distributed 1.7 million Iftar meals in the past five years; as this annual Ramadan Iftar meals project is in preparation for the activities and charitable programs that are being implemented during the holy month of Ramadan."

The program is part of the 2017 Year of Giving, an initiative announced by His Highness Sheikh Khalifa bin Zayed Al Nahyan aimed at making 2017 all about humanitarian efforts within the UAE.