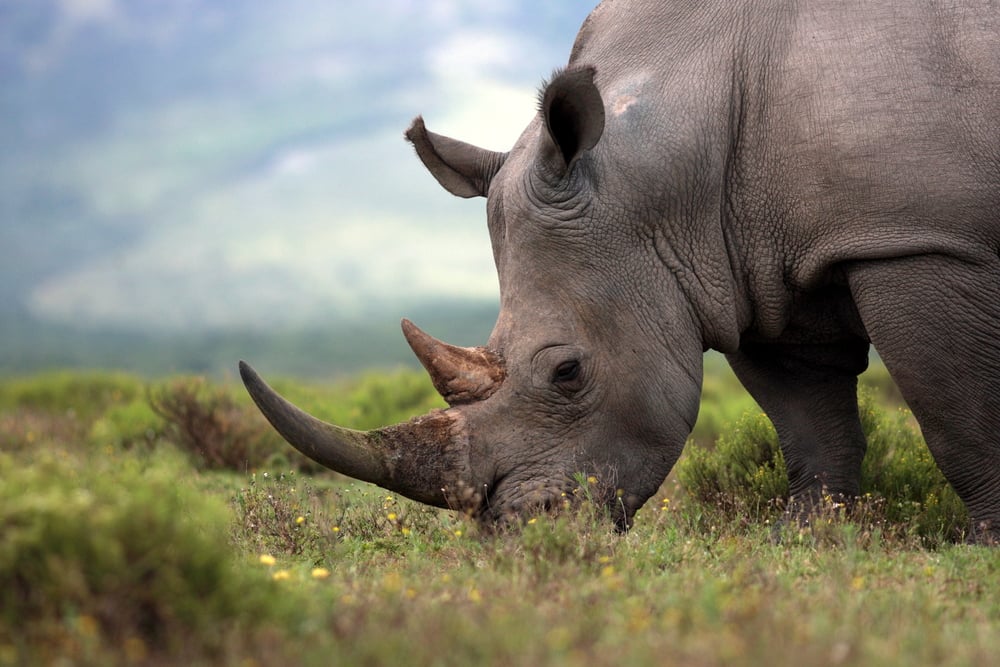 19 rhinos--or two percent of the 1,000 rhinos left in the world-- were returned to their home in Kigali, Rwanda, and it's all thanks to one of the region's favorite air carriers.

Earlier this month, the rhinos boarded an Etihad cargo flight from Johannesburg to their hometown, and all the animals arrived in good shape. It was an historic moment for the African nation: in 2007, widespread poaching nearly destroyed the entire black rhino species, and so their return to the Rwandan wildlife is a major move for African Parks, the organization that manages national parks and protected areas.

According to Arabian Business, the rhinos were transported during the first two weeks in May, and the flights were handled by animal transport specialist Intradco. Two Etihad Boeing 777 freight planes were chartered to fly the rhinos, which can weigh up to 2,400kg each.

The animals were transported in special containers, and accompanied by vets on their flight in case anything went wrong. Upon their arrival in Kigali, they were met with a police escort who chaperoned them to their final location.

Tom Lamb, the Intradco project manager who was with the rhinos on both flights, commented on the project: "It is a brilliant achievement to return the extremely rare eastern black rhino to Rwanda after a 10-year absence. There are only 1,000 left globally so moving two per cent of the world's population was a big responsibility and challenge, and an incredible project to be a part of."

It's been no easy feat getting the rhinos back to their natural habitat. Due to complicated logistics (including preparing the animals for travel and ensuring the planes would be able to provide safe conditions for them to fly), the flights took over a year to plan. In addition to the air travel, Akagera Park, where the animals now live, spent the last three years preparing for their arrival, putting measures in place to ensure that the park was safe for their return.

"Akagera has transformed since African Parks assumed management in partnership with the Rwanda Development Board in 2010, overhauling law enforcement and reducing poaching to an all-time low in just six years, thus making it safe to bring these eastern black rhinos back home." said Jes Gruner, Akagera Park manager.

Now that the rhinos are back in Rwanda, the plan is for them to be able to breed, and start building the population of the species once again.

Etihad played an integral role in their return, and David Kerr, senior vice president of Etihad Cargo, spoke of the Abu Dhabi-based airline's commitment to working to stop the illegal animal trade: "Last year Etihad Airways became one of the first airlines to sign the Declaration of the United for Wildlife International Taskforce on the Transportation of Illegal Wildlife Products, known as the Buckingham Palace Declaration, as a demonstration of our support for preventing illegal wildlife trade — estimated to be worth up to $20 billion [Dh73.4 billion] today. As a key mode of transport for carrying this caught wildlife across borders, it is the responsibility of the aviation industry to take action to prevent this."