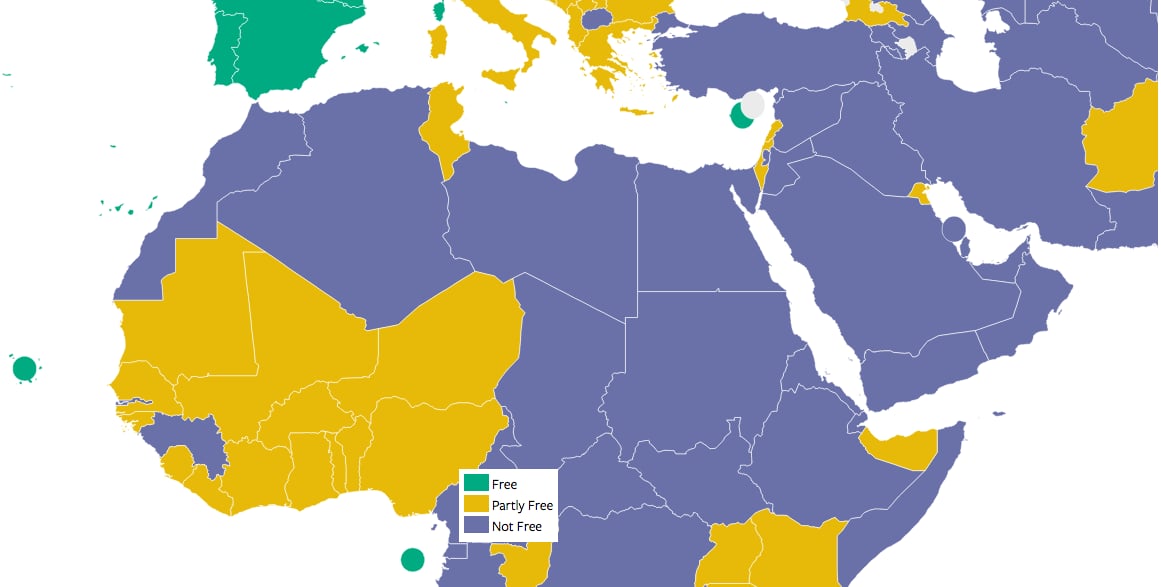 Washington, DC non-profit organization Freedom House has released its annual Freedom of The Press Report, and this year's rankings may surprise you.

The closer a country's score to 0 means the more free their press, and regionally, Tunisia (54); Lebanon (55); and Kuwait (60); are the only country's that score low enough to be considered "partly free."

These are the same three countries that ranked as "partly free" last year, though both Tunisia and Kuwait became slightly less free over the past 12 months. Last year, Tunisia scored a 48; Kuwait a 59.

In general, freedom of the press dropped globally, and the report cite's US president Donald Trump disparaging of "the press" and "rejecting the news media's role in holding governments to account for their words and actions" as part of the reason for this drop. (The US dropped from 21 to 23 on the freedom scale).

This year's report isn't the most optimistic, in fact, it's titled "Press Freedom's Dark Horizon."

"Only 13 percent of the world's population enjoys a Free press—that is, a media environment where coverage of political news is robust, the safety of journalists is guaranteed, state intrusion in media affairs is minimal, and the press is not subject to onerous legal or economic pressures," the report explains.

"Authorities in several countries in sub-Saharan Africa, the Middle East, and Asia extended restrictive laws to online speech, or simply shut down telecommunications services at crucial moments, such as before elections or during protests."

With Trump's presidency and Brexit, the world is moving away from inclusion, and these findings reflect the shift. Let's hope next year is more positive!