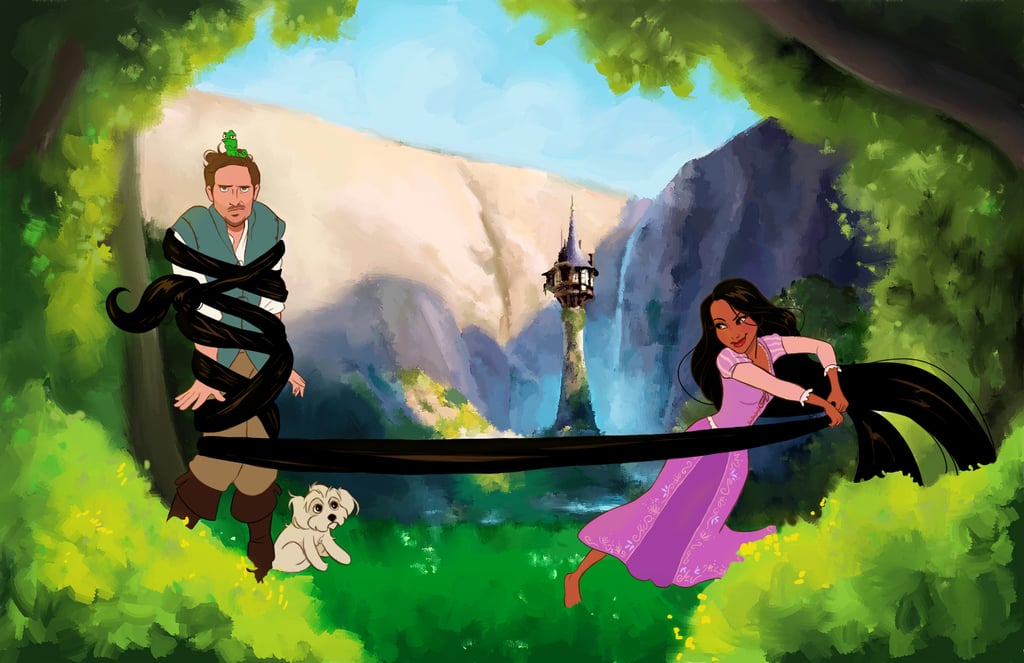 Attention boyfriends: this is how you win Valentine's Day. Reddit user BrianDangerFlynn enlisted the help of talented artist Dylan Bonner to replicate some of Disney's most famous scenes — but with himself and his girlfriend as the stars of the images instead. Even their dog, Willa, makes a cameo in one of the pieces of art. Brian said that he and his girlfriend, Manini, love Disney movies, so this was pretty much the perfect move to make for Valentine's Day.

"I want our relationship to be as epic and timeless as the animations we grew up on, so I decided to have us painted into some famous Disney scenes and surprise her for Valentine's Day. It's been a secret for three months, and I can't wait to show her! I contacted Dylan about this project three months ago. I sent him tons of photos of Manini and me and images of the Disney scenes I was hoping he could mimic. I've been bursting at the seams trying to keep this a secret! I'm surprising Manini with prints of these drawings tonight. I have a feeling she's gonna love them. Wish me luck!"

We're pretty sure all Disney fans can agree that Manini is going to be as impressed with both the idea and the execution as we are. Check out the amazing images and see if you think the paintings look like the real couple.