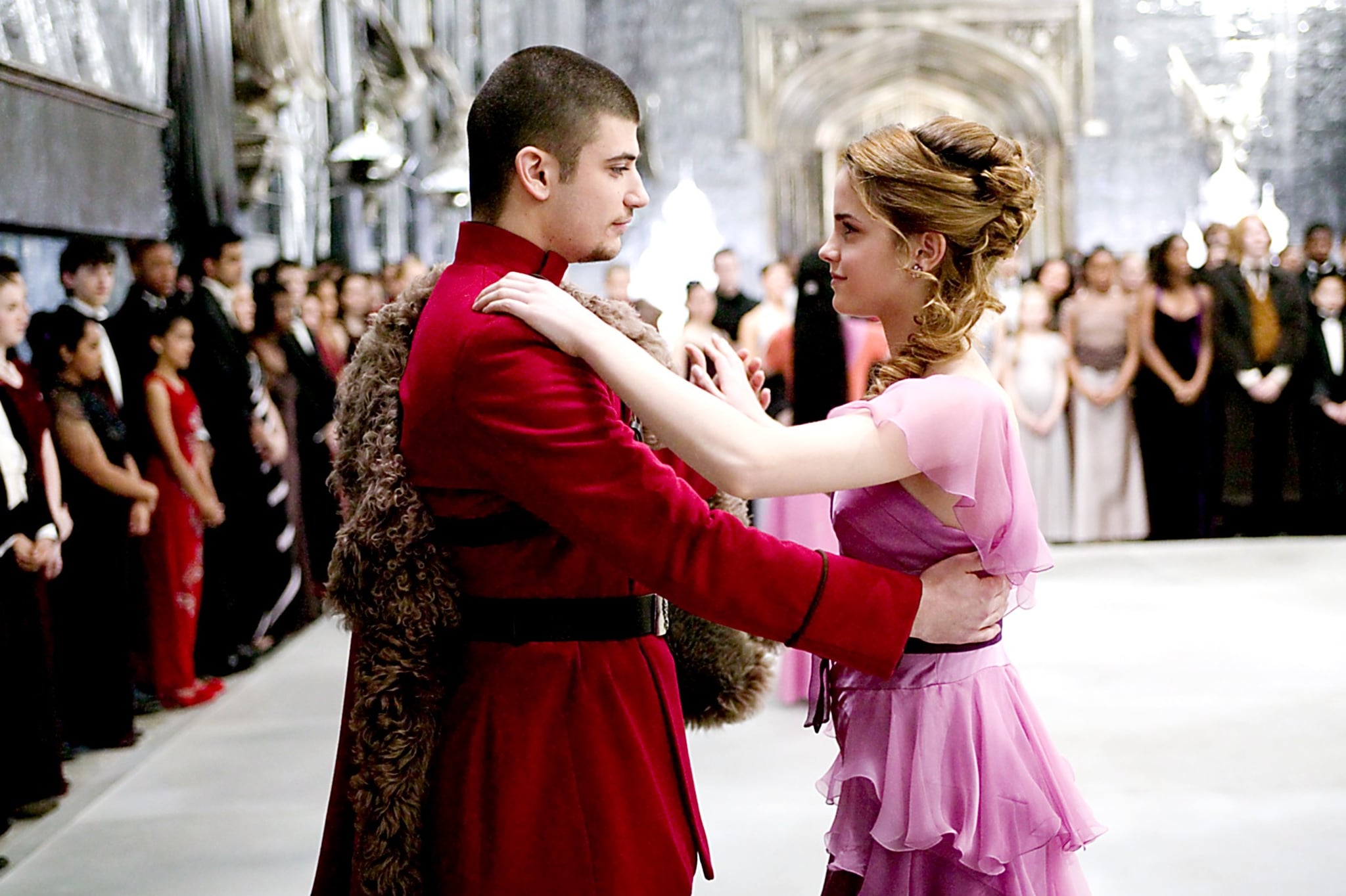 Maybe you shamelessly adore love triangles. Maybe you want to claw your eyes out and scream, "for the love of God, not another Jacob, Edward, and Bella!" While I can't deny my addiction to the will-they/won't-they among a trio of favorite characters, one of the best things about the Harry Potter series is that there were way more important things going on than who was snogging whom. We got a little romance every now and then, but a love triangle? Not so much. Apparently, we were this close to getting the extra drama in The Deathly Hallows — Part 1 movie.

Stanislav Ianevski, the actor who played Bulgarian Quidditch player and Durmstrang student Viktor Krum, was a guest on EW's Binge podcast, and he revealed some juicy details about the love triangle that was planned then scrapped for the film.

"She remembered our old times, Viktor was acting like a gentleman again, happy to see her, she was happy to see him. Ron was sitting on the side, was jealous, and then Viktor took her to the dance floor."

Viktor Krum and Hermione Granger had a sweet romance that lasted throughout The Goblet of Fire and led to Hermione's involvement in the Second Task, when Krum had to save her from her slumber under Great Lake. The two danced the night away at the Yule Ball and remained in contact even after the Triwizard Tournament. In the books, the courtship fizzled once Krum left Hogwarts, but Ianevski revealed that director David Yates actually wanted to bring Krum back for Bill Weasley and Fleur Delacour's wedding in Hallows. He recalled the potential plan for the triangle:

"[Yates] invented a new story that wasn't in the books, a love triangle between Viktor Krum, Hermione, and Ron, but that was cut out of the film because it obviously didn't fit with all the horrible things that happen in the last book. . . . We did a new dance scene, I sort of stole [Hermione] from Ron. She remembered our old times, Viktor was acting like a gentleman again, happy to see her, she was happy to see him. Ron was sitting on the side, was jealous, and then Viktor took her to the dance floor."

And . . . I can't say I hate this alternate idea for the scene. For one, it would have added a little extra excitement to the movie, especially considering Deathly Hallows — Part 1 was one of the slower films. It also would have totally made sense and fit into the plot line, playing later on Ron's extreme jealously over the relationship he (wrongly) believes Harry and Hermione have, which hits its dramatic climax when Ron destroys the locket Horcrux with the Sword of Gryffindor. Plus, who doesn't love a little bit of sexual tension between our favorite characters?

Still, it ultimately would have taken away from a more meaningful narrative. Yates made the right call by nixing the scene, because bigger things were going on in the wizarding world and it's likely that a love triangle would have trivialized the importance of everything that was at stake (*cough* Katniss and Peeta and Gale *cough*). Still, fans can dream about the dramatic love affair and search all dark corners of the internet for the fanfiction that undoubtedly exists for Krum and Hermione shippers.