Emily Ratay at YourTango tells you how to get the guy using astrology signs. 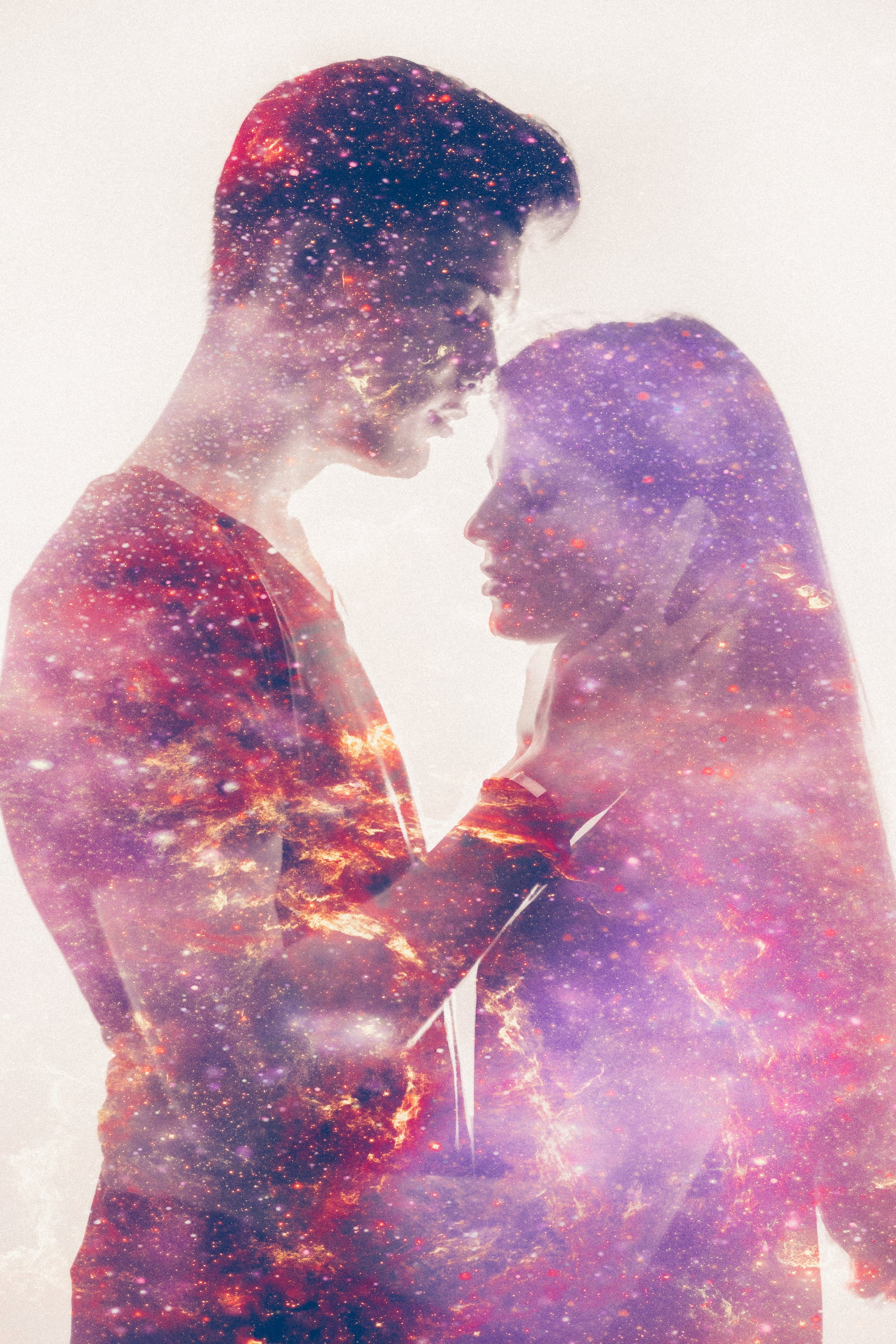 How to get him to be yours.

If you want to get the guy, you have to look deep within his zodiac sign first.

Every zodiac sign wants something different out of a relationship, but before any of that serious stuff, you have to show him that you're interested and that you're the best one for him.

Sure, there will be other people you may have to compete against to grab his attention, but don't think of it that way. It's a lot better to go into any situation – romantic or otherwise – thinking that you are the best person for the job than thinking that he may not want you at all.

Confidence is key if you want to grab his attention, but there are a lot of other keys that can help, too. First, you have to see what his zodiac sign looks for most when it comes to finding someone to date. Does he like someone he can go on adventures with?

Does he want someone he can have deep conversations with? Once you know what intrigues him most, you can use that knowledge to grab his attention. One thing that is always important though is making sure that you be yourself, too.

I know, it sounds like lame advice, but you ultimately want him to be interested in YOU, not someone you created just to get his attention. The best way to do that is to inject your own personality and self into whatever it is you do to get him to notice you.

Sure, you might not be the best at profound conversations, but he'll admire you just as much if you talk about things that are important to you, instead of just nodding along to something he's talking about.

Using his zodiac sign to get the guy is just the first step. After that, it's all about using your charm and your other winning traits to show him what a catch you are.

Besides being yourself, getting the guy means being confident and sure of yourself, showing him that you have a rich life outside of your relationships (including a fun job and friends), and being ready to commit.

Once you get the guy, he's going to want to get to know you better and get serious with you. Be honest about what you want upfront, whether that's a serious relationship or just something casual. Either way, he'll appreciate your honesty now than if you pretend to want the same things he wants.

Getting the guy sounds hard, but when you keep it simple and be yourself, it can really work. Before all that, do some research about his zodiac sign and what he's looking for in a partner.

Then, you can learn how to get the guy using astrology. If you are interested, here's how for each horoscope.

Aries loves a good chase – and he truly believes that every good relationship should start with a fun little game of cat and mouse. He doesn't want to chase you forever, but he definitely wants there to be a little challenge.

Beware that getting an Aries guy can be a lot easier than it looks – but keeping him is another thing. Aries has a lot of charm that he can use on you, and if you're not careful, he will charm the pants off you and leave you for the next conquest.

Don't be afraid to tell him no every once in a while, make him come to you, and don't give away all your secrets up front.

No matter what Taurus is pursuing in life, he always looks for stability. In his jobs, his relationships, and himself – stability is what keeps him feeling secure and safe. If you want to get the Taurus man, you need to show him that you can bring stability to his life.

Taurus is a very deliberate man, and he appreciates people who come into his life for good. If you want to get with him, you need to be in it for the long haul. Taurus will want to see your best qualities up front, like your emotional stability and strength, so that he knows what he can expect from you later on.

Gemini is a very charming and exciting person, and if you want to snag him, you have to be ready for just about anything. He's the kind of person to want to go on midnight adventures, weekend getaways, and anything else that piques his curiosity.

The kind of person Gemini finds most attractive is someone who isn't afraid to show off their fun and thrill-seeking side. Get out of your comfort zone and leave your reserved, shy side at home. Even if it makes you a little nervous, he'll be inspired by your ability to try things that scare you, and that will attract him even more.

Cancer is full of emotions, which is why he's the big ol' softie of the zodiac. But don't let that fool you into things he's just a sensitive pushover who won't be much fun to date. In fact, Cancer's emotional availability is what makes him one of the best partners to have.

If you want to snag Cancer, you have to show him that you can handle his emotions. He can sometimes be moody, which means that his emotions can change on a dime.

If you can be his rock – the person who brings stability to his life – he'll see just how special you are. It will also show him that you like him exactly for who he is without wanting to change anything about him.

Leo is used to being the leader of his pride, and he is looking for someone to reign his kingdom with him (not someone he has to take care of). The thing that attracts him most is someone who can be self-sufficient.

Leo wants to be part of a power couple – the kind of couple that can be independent yet support each other. If you want to get the Leo man, you need to show him that you have a rich, full life outside of the relationship, and that you can hold your own in any situation.

Leo also loves someone with high standards because it means you don't take fating lightly – and he likes someone who's intense about love.

The Virgo man likes to act like he has everything together all the time, but he can deal with some feelings of inadequacy just like the rest of us. When he looks for the perfect person to date, he wants someone who can lift him up when he needs support.

To snag a Virgo man, you need to encourage him and give him emotional support. Virgo is pretty good about being able to handle things on his own, but even when he doesn't ask for it, he could use someone to fall back on. He loves helping people he cares about, but it's important for you to lend a helping hand to show him you care, too.

If you want to catch Libra's attention, you need to match his charming and romantic personality. His main goal when looking for a partner is finding someone who will keep the romance alive every day of the relationship.

It can take Libra some time to fully commit to someone new, so expect to work hard for his affection. Once he warms up to you – and knows that you're serious about being with him – he'll be head over heels for you. Libra responds very well to little surprises, so show him your spontaneous and creative side when you're together.

Scorpio is a very mysterious zodiac sign himself, but he responds best to people who show their true selves right away. He might need some time before he can really open up to you, but knowing that you make him feel safe and welcome will help speed things along,

If you want to get the Scorpio man, you need to let him lead the relationship. He doesn't want to feel like he's being rushed into anything, and if you let him set the pace, he'll be more receptive to getting serious eventually.

Show him that you can keep his secrets, be there for him when he needs support, and prioritize honesty and communications, and you'll have him eating out of the palm of your hand.

Sagittarius needs freedom, and lots of it. One of the things that will make him ditch fast is feeling like he's been backed into a corner. As someone who is very in touch with his wanderlust side, Sagittarius needs to know that he can keep his independence.

The best way to snag a Sagittarius is to give him a lot of space and let him come to you. He enjoys flirting and bonding with people over shared interests, so find a topic to talk about to catch his interest, and then let him come to you when he's ready. Being adventurous and well-traveled like him also helps create a connection.

Capricorn is a man of many values – and he sticks by those values very closely. What's most important to him in a partner is someone who shares the same values as him, usually ones about being ambitious and going after what's important in life.

If you want to get a Capricorn guy, you should match his motivation for success and professionalism.

You don't have to have the exact same goals for yourself as he does for himself, but just knowing that you're living your best life and striving for something important to you will show him that you're someone he can see himself getting to know better.

Aquarius wants to know that you're interested in him, but he doesn't want things to be too easy for him, either. He's a very intellectual guy, so stimulating his mind with conversation is key to piquing his interest.

In addition to that, Aquarius is very attracted to mystery. He likes not really knowing what you're all about. If you want to snag an Aquarius guy, don't tell him everything up front.

Challenge him into putting in the effort to learn more about you, but remember to show him that you care about spending time with him, too.

Pisces is the ultimate romantic. He responds best to people who are sensitive, passionate and tender, just like he is. When he looks for the ideal relationship, someone who can sweep him off of his feet (and someone he can woo) is at the top of the list.

If you want to get the Pisces guy, you should wear your heart on your sleeve. If he has to guess what you really think about him, he's going to lose interest fast.

He wants to know that not only are you into him, but that you're also willing to take some serious romantic risks for him. Show him that you're interested in him by making him one of your priorities.