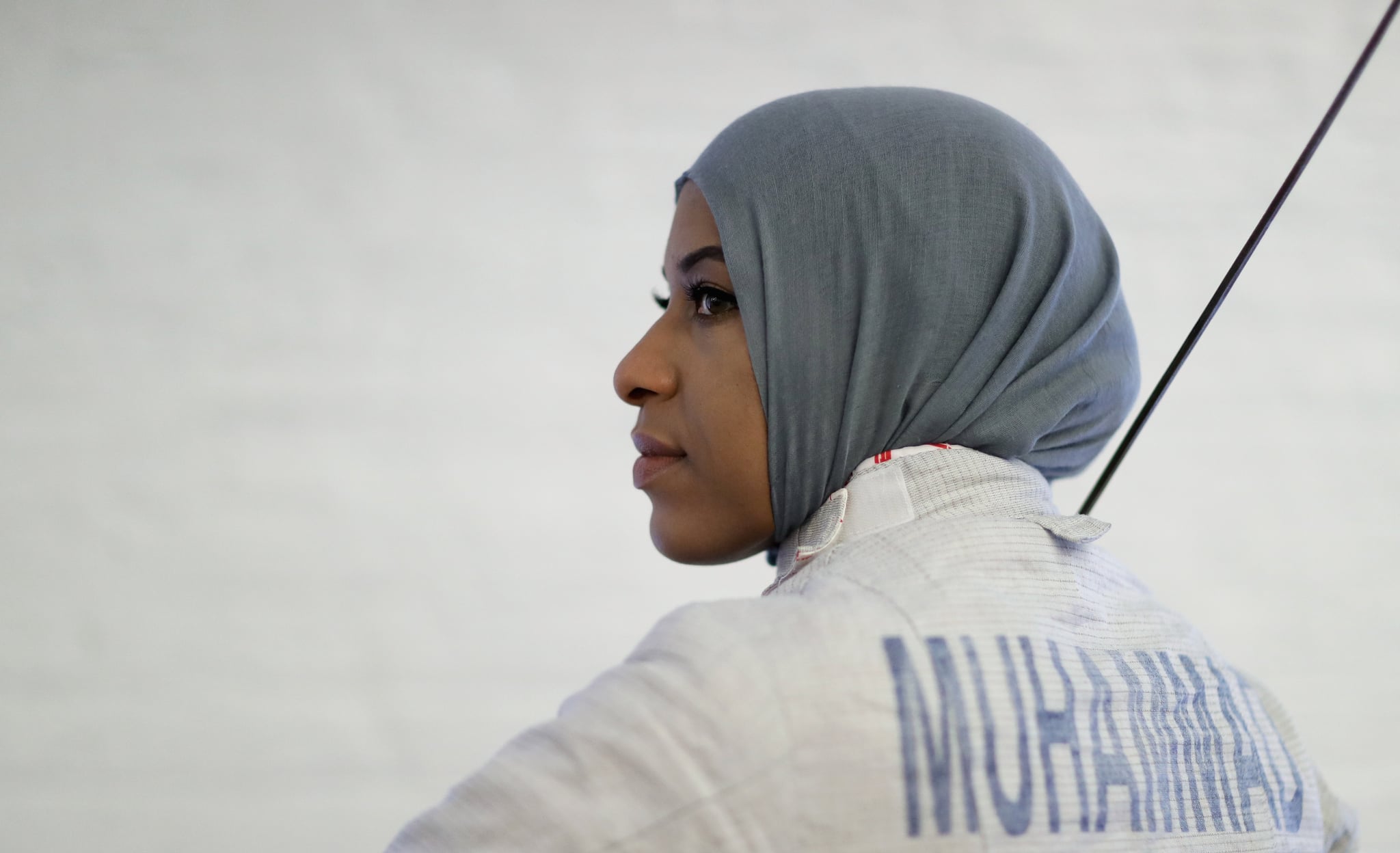 Ibtihaj Muhammad just made history by becoming the first American to compete in the Olympics while wearing a hijab, the traditional Muslim headscarf for women. Muhammad, a 30-year-old saber fencer from New Jersey, defeated Ukraine's Olena Kravatska on Monday in the opening round but later lost to France's Cecilia Berder; she'll show off her talents again in Rio as part of a team competition on Aug. 13, but she's already won when it comes to symbolizing what makes the US so great.

"I feel like this is a great moment for Team USA to be even more diverse than we have in the past and I'm just looking forward to representing myself, my community, and my country," she told NBC before her competition.

Her powerful presence represents a country where Muslims thrive — an idea that challenges Donald Trump.

Indeed, her powerful presence at the Olympics represents a country where all cultures, including Muslims, thrive — an idea that challenges the rhetoric of Donald Trump, who previously called for a ban on the group.

"I think his words are very dangerous," she said about the GOP presidential nominee on CNN last week. "When these types of comments are made, no one thinks about how they really affect people. I'm African-American. I don't have another home to go to. My family was born here. I was born here. I've grown up in Jersey. All my family's from Jersey. It's like, well, where do we go?" She added: "I'm hopeful that, in my efforts to represent our country well as an athlete, that they change the rhetoric around how people think and perceive the Muslim community."

Ibtihaj Muhammad, the first American Muslim woman to compete in the Olympics wearing a hijab, takes on Donald Trump https://t.co/RL5nFHEazN

Back in December, she tweeted her disapproval of Trump:

Muhammad's most recent statement comes after Trump's controversial comments about the Khan family, who spoke at the DNC about their Muslim-American son who died while serving in Iraq in order to show how Muslims can benefit our country.

Learn more about Muhammad's story in the video below, and then read more reasons this year's Olympics are more inspiring than ever before.

If you've ever been told your dreams are too big, this Olympic team is for you https://t.co/qjjNarwubT 🇺🇸 @bycycle