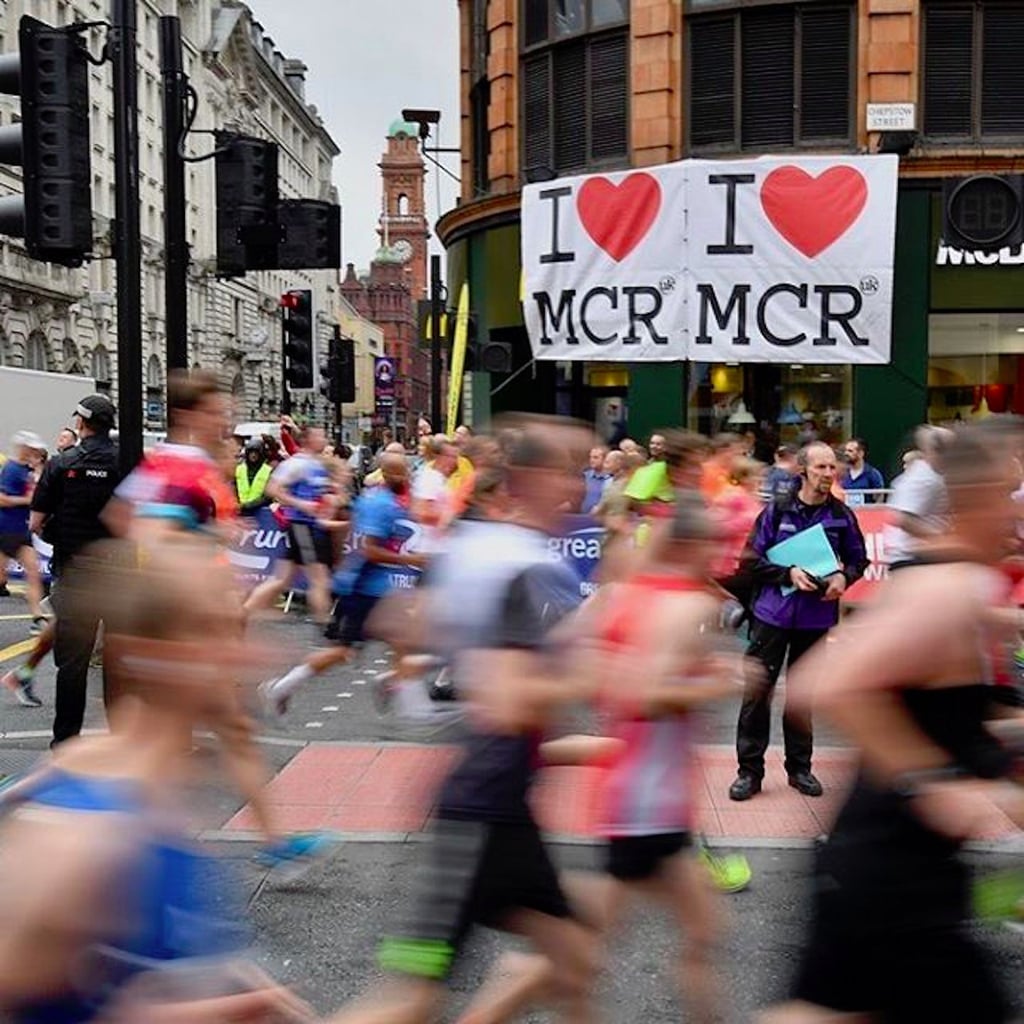 Just one week after the horrific attack, in which 22 people were killed at an Ariana Grande concert in Manchester, UK, the people of Manchester came together to show support for the victims and their families, and for each other.

Called The Great Manchester Run, over 40,000 spectators took to the streets to support the amateur and professional runners who took place in a 10K race as well as a separate half-marathon. Runners--as well as those cheering them on--observed a minute of silence after Oasis's "Don't Look Back in Anger" was played on loud speakers at the starting line.

The same song played at Manchester City Centre, inspiring a singalong as people placed flowers and teddy bears in honor of the victims.

The outpouring of support shows the best side of humanity, and these photos show the most heartwarming moments of the run.