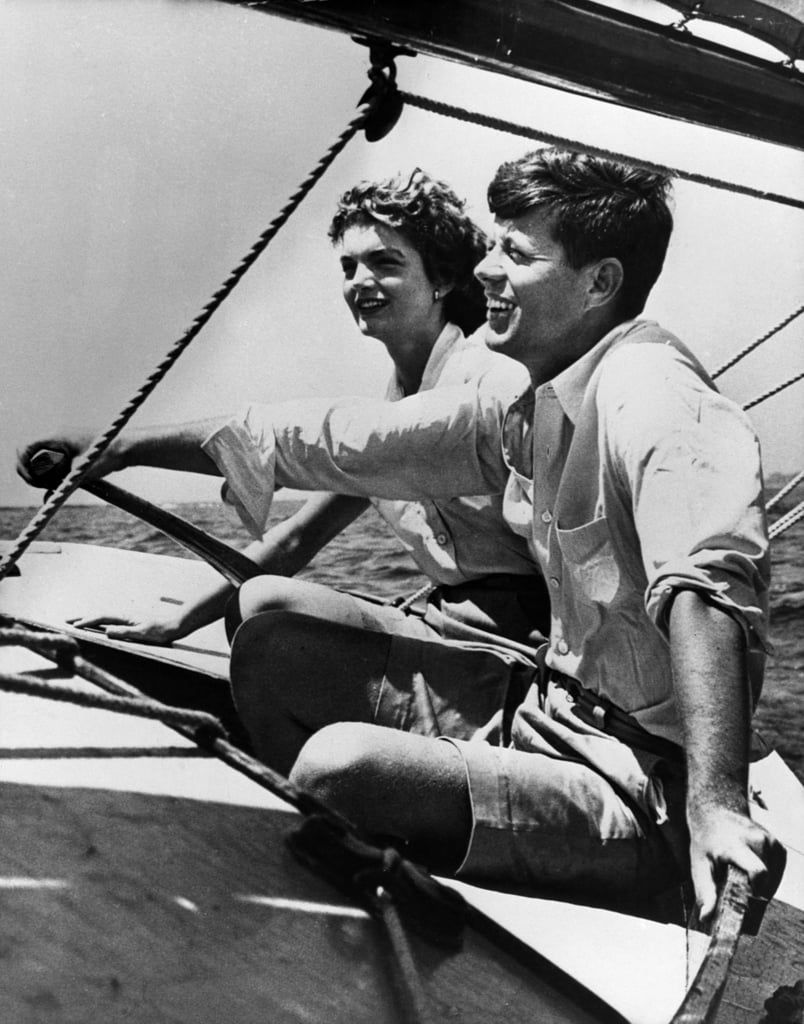 John F. Kennedy and his wife, Jackie, had one of the most idyllic marriages in history. The couple tied the knot on Sept. 12, 1953 and welcomed four children (two of whom tragically passed away after birth) together before the then-president was assassinated in 1963. During their time together, John and Jackie's relationship was the epitome of an American fairytale romance; the go-getting young photographer falling for a handsome politician, soon becoming US royalty and transforming the White House into their very own version of Camelot. We're looking back on the dreamiest photos of John and Jackie — the ones that paint the picture of the fantasy that remains over 50 years after the fairytale ended.