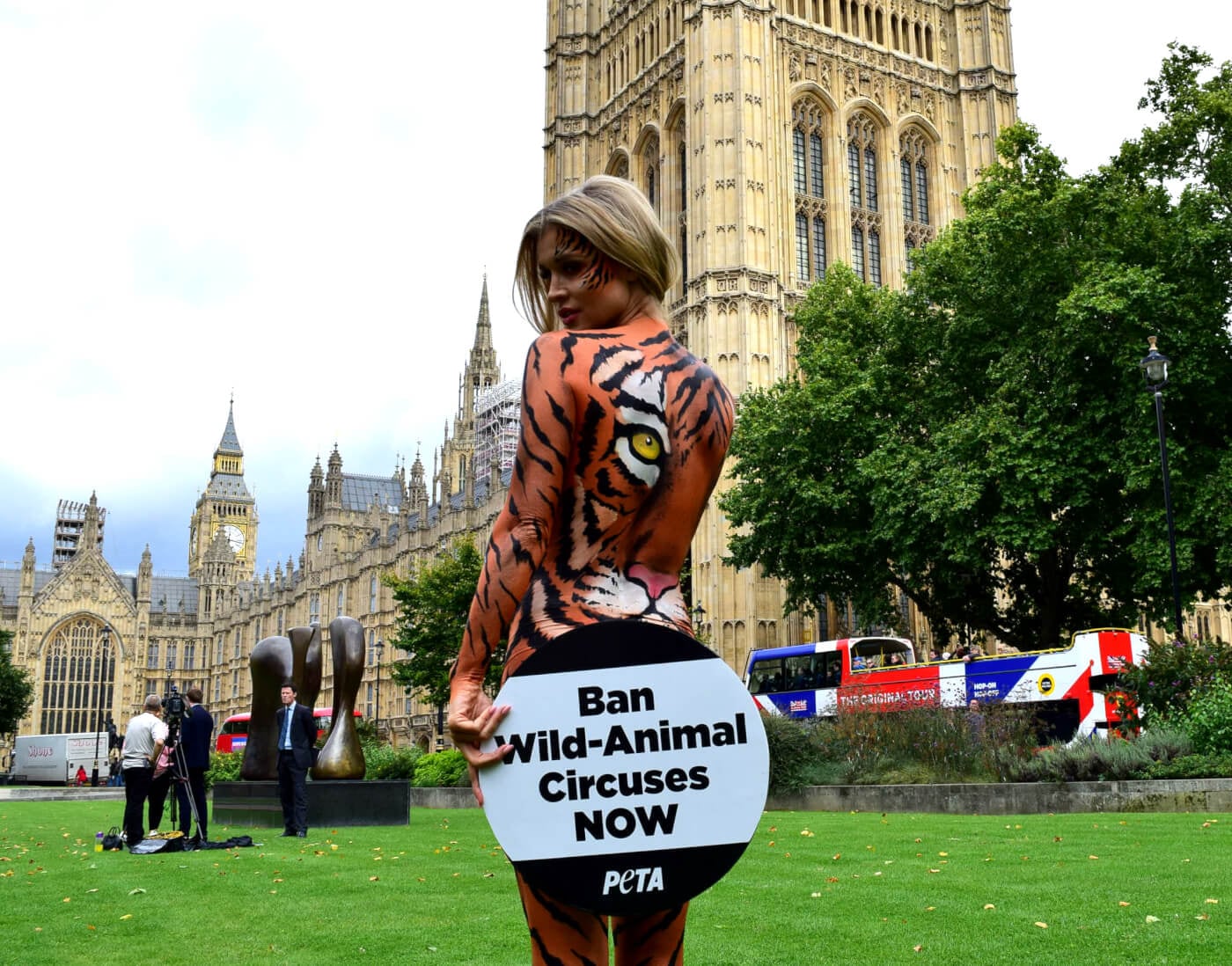 You're used to seeing her on screen frolicking around Florida on The Real Housewives of Miami. But Joanna Krupa was standing outside the UK's Parliament on Monday to speak against a cause close to her heart.

The 38-year-old supermodel went all out to get attention, painting herself as a tiger to protest wild animals being forced to perform in the circus.

Even though 94 percent of voters in the country wanted to put a stop to our furry friends being kept in cages and subjected to cruelty (former Prime Minister David Cameron even vowed to put a stop to it in January 2015), nothing has been done about it ultimately.

"I've always loved and respected the importance the UK places on protecting animals – which is why I was so surprised to learn that wild-animal circuses are still allowed to tour in England and Wales," Joanna said in a statement to PETA. "No animal should be forced to perform tricks for entertainment, and it's time the British government put an end to this cruelty."

Joanna joins the likes of Pamela Anderson, Michael Sheen and Martin Freeman in raising awareness for PETA which asks England and Wales to follow in the footsteps of Belgium, Finland, Austria, the Netherlands and Mexico, by banning wild animals from the circus.