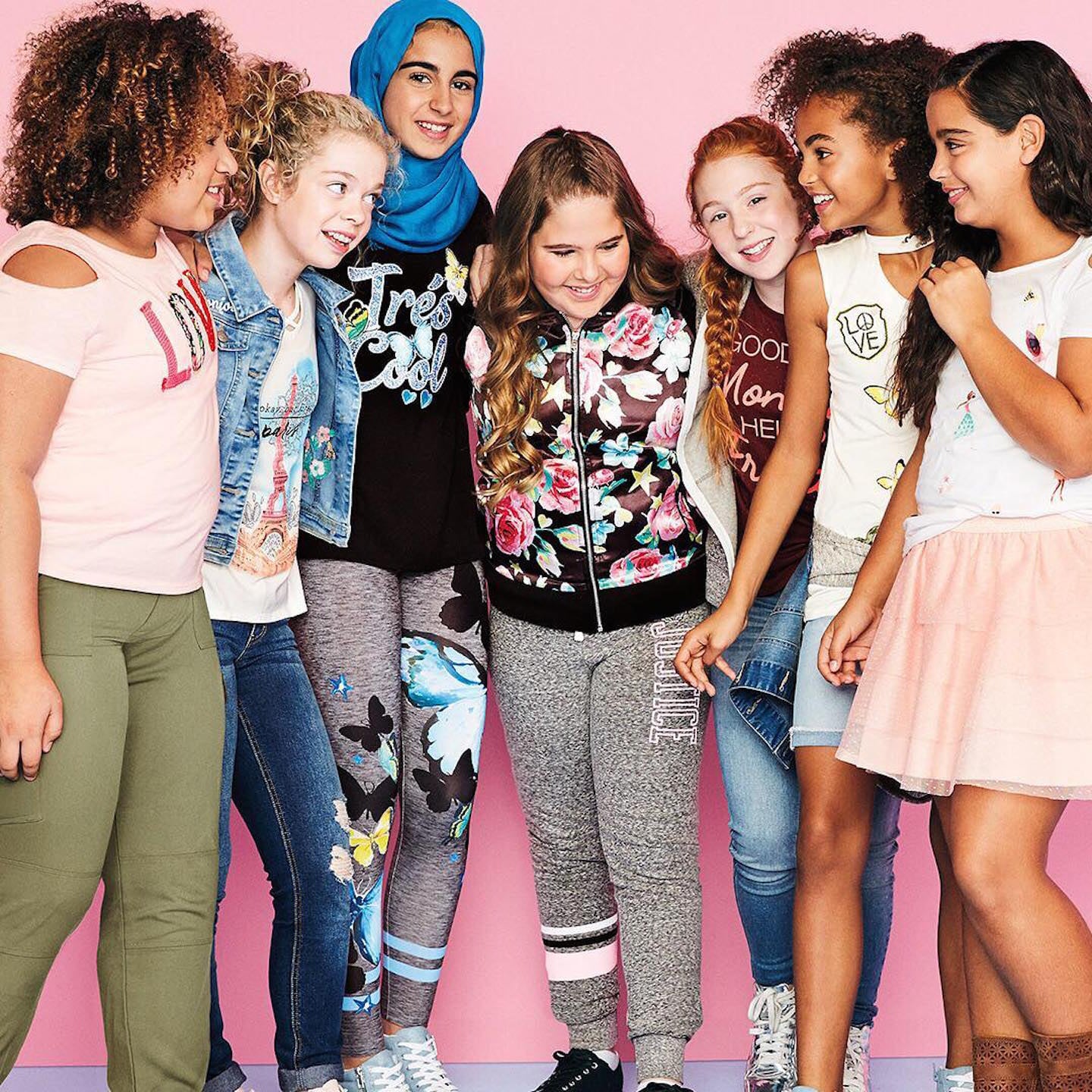 The Ohio-based clothing brand Justice (previously Limited Too) has been outfitting tweens for over two decades, but the retail outlet just took a major step towards inclusiveness.

The company's new campaign, which launched in January, is called "See Yourself in Justice," and seeks to show that the brand truly is committed to "every girl, every day."

Muslim fashion blogger Hassanah El-Yacoubi spoke to The Huffington Post about Justice's campaign: "I honestly teared up when I saw the ad because it's a celebration of what it means to be different and shows that difference is what makes us beautiful," she told The Huffington Post in an email. "It will help the youth cultivate a confident and stronger sense of self at such a young age. By seeing themselves represented throughout mainstream markets it will provide a feeling of belonging, something many of us wished we had growing up."

There are 900 Justice stores around the world, with Middle Eastern brances in the UAE, Saudi Arabia, Kuwait, Jordan, Bahrain, and Qatar.

Another Muslim fashion blogger, Sania Siddiqui, also weighed in on the campaign: "Now that I am a mother of a baby girl, I want her to be confident in her faith yet proud to be American. When Justice includes a young girl wearing hijab, it shows inclusivity to all young girls from different backgrounds," she wrote in an email. "America's beauty comes from the diversity of its people. This encourages young American Muslims to be confident in their faith."