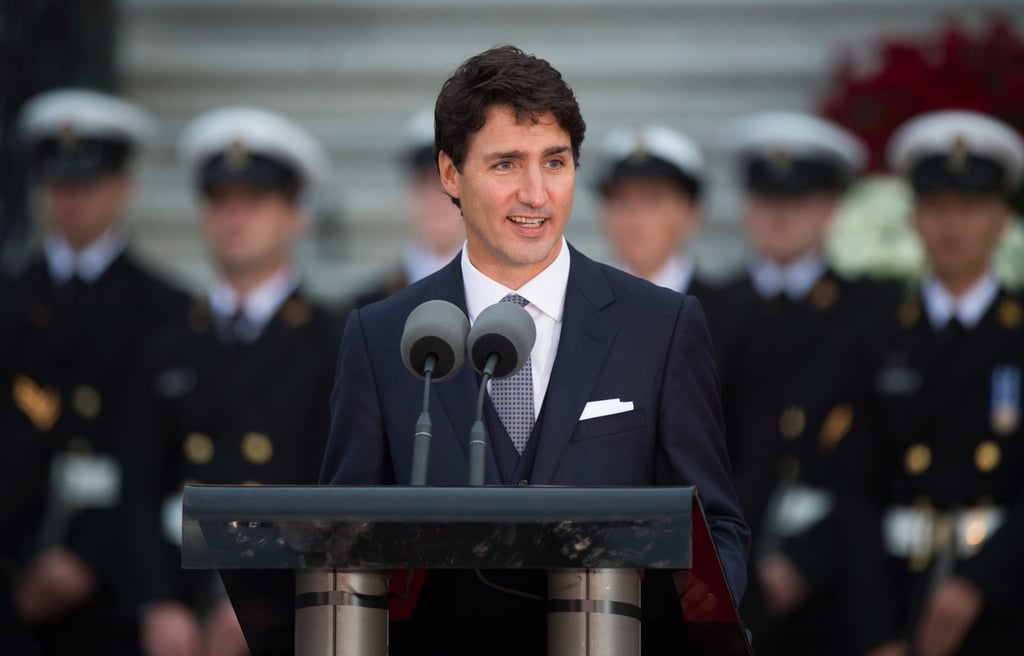 Think Justin Trudeau Is Sexy From the Front? Just Wait Until You See Him From Behind

"Mr. steal yo girl" is back at it again. Justin Trudeau's striking good looks and captivating smile are enough to convince anyone to pack their bags and move North. However, a photo of the Canadian prime minister recently surfaced and it's proving that there's a lot more to Trudeau than his handsome face, and it's all about his backside. The photo was allegedly taken earlier this month, but regardless of the presumably very important political matters he was discussing, our eyes were glued to the sight of his butt.

The photo recently went viral thanks to a tweet by Joe Reid, and although a woman named Nilah Shea has claimed she took the photo, the original source is unknown. Trudeau may not have realized it at the time, but his thirst-trapping ways have stolen the hearts of people across the entire world. The moment I saw this photo I transformed into the heart eyes emoji. Let's just say someone has been doing his squats and it's not going unnoticed.

The internet has absolutely lost it, swooning over Trudeau more than ever before, completely mesmerized by his ample assets. Keep reading to see some of the hilarious reactions to his prime behind.