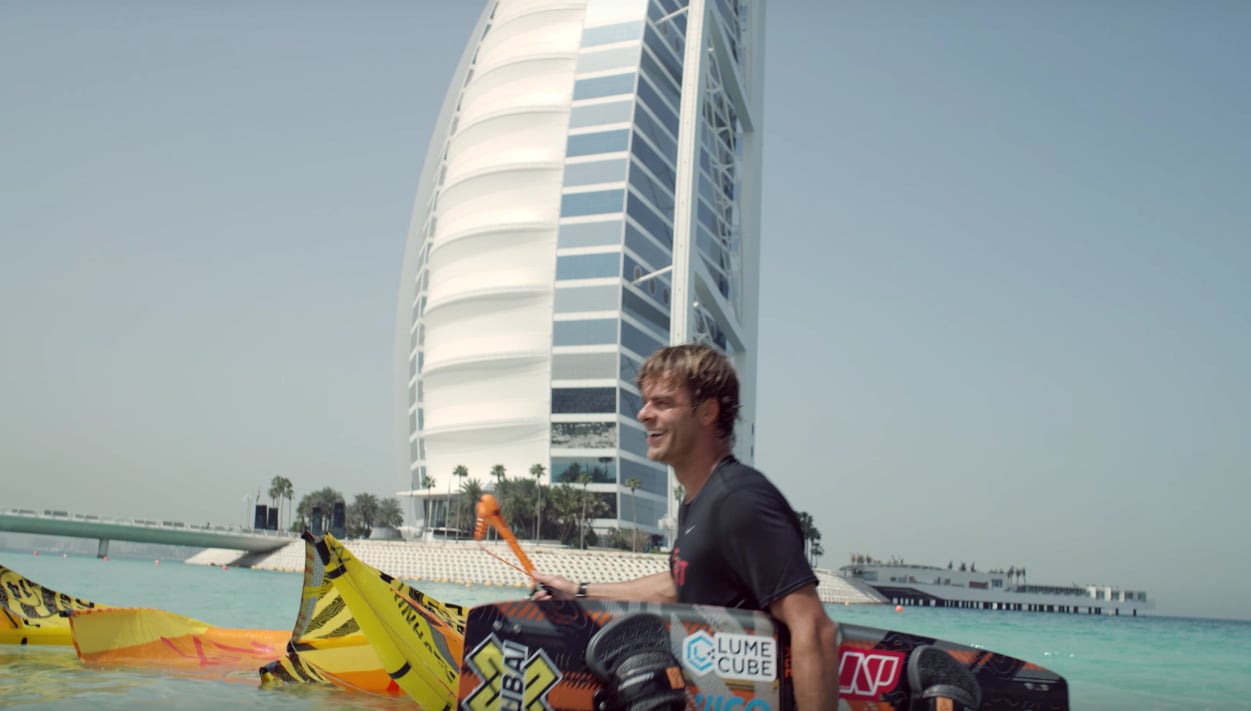 If you've been to Dubai's Kite Beach (or Sunset Beach, or JBR), you've seen kiteboarders showing off their skills. The water-sport, which has riders harnessed to a large kite around their waists, and a wake-board on their feet, combines kitesurfing and wakeboarding, and is popular in the UAE.

Riders gain speed by allowing the wind to catch their kites, and pull them across the water on their boards. It looks like they're flying across the waves, and when they do tricks, it's pretty cool to watch.

If you think this sport looks hard when the starting point is a flat beach, though, it gets even more complicated when you're jumping off a helipad...at the Burj Al Arab.

The 7-star-hotel's helipad is 210 meters above water, so it's a good thing that Nick Jacobsen, a five-time Danish kiteboarding champion and 2017 Red Bull King of the Air was the first to perform the stunt. The video launched as part of a Mercedes-Benz Middle East video series, and it's pretty incredible--if you can get through the whole thing without freaking out.

"Standing on the top of the Burj Al Arab helipad was a once-in-a-lifetime opportunity and launching from it, a global first," said Jacobsen."It took a lot of planning, precision and safety measures, but it all worked well in the end, and the experience was amazing."