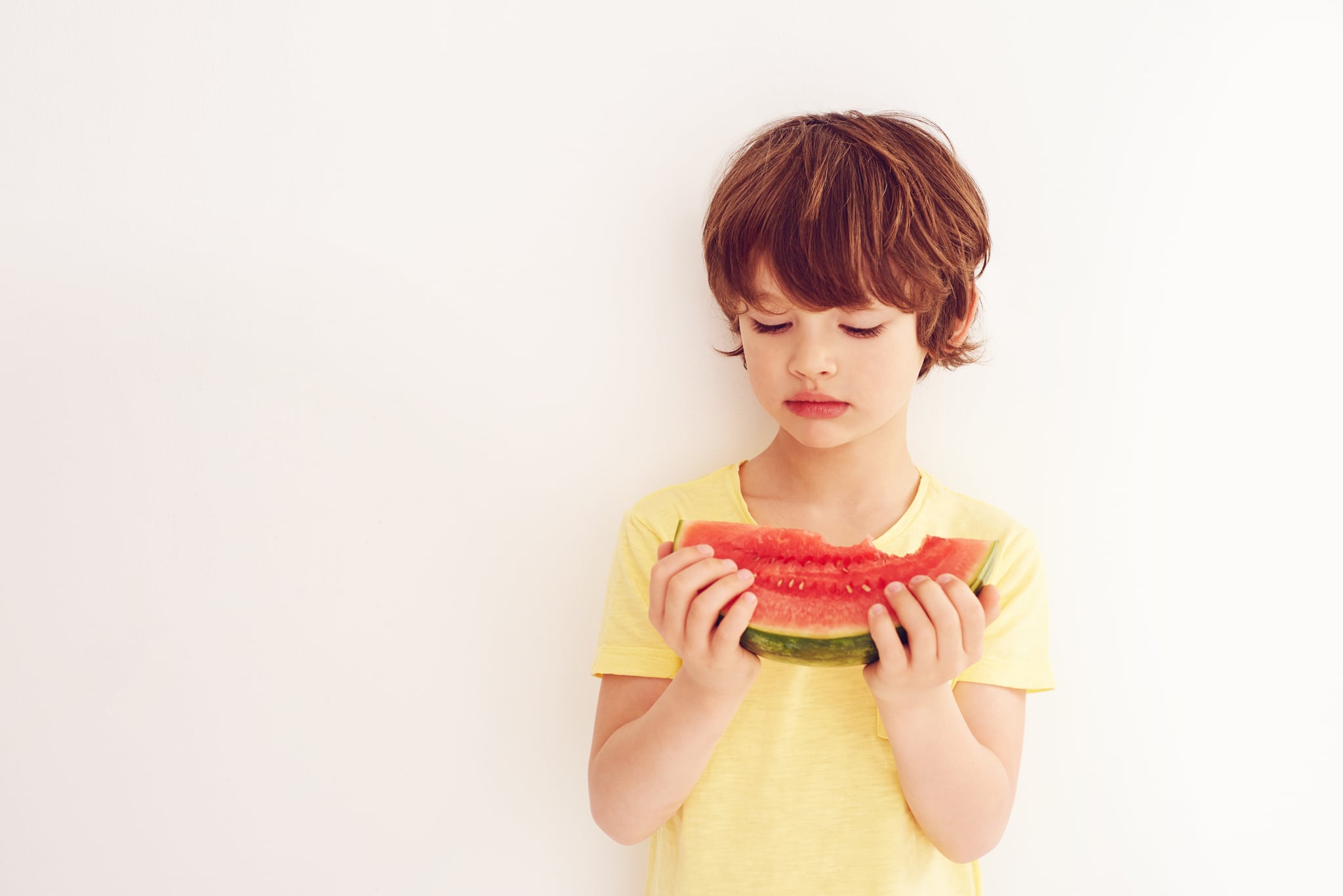 Childhood was weird. We believed a fairy came and collected our extracted teeth in the dead of night. We believed a large man with a hat slid down our chimneys and gave us presents once a year. We believed our eyes would get stuck if we crossed them too much (I still kind of believe that, actually), and that if we accidentally swallowed gum, it would float around in our stomachs for at least seven years. In an epic homage to how wonderfully wacky youth was, I rounded up 11 answers to the question, "What weird lie did you believe as a kid?" These responses don't disappoint. Nothing but fond(ish) memories!

"Okay, this is going to sound super weird, so no judging! But I thought the streetlights were operated by tiny babies inside of them because that's what my older brother told me. And I believed him because they looked like about the right size to fit a tiny baby . . ."

"I believed that if you picked your nose a lot, you would stretch it out and make it really big. Obviously my whole childhood was a lie."

"My mom told me she made up the phrase 'trick or treat.' She was very specific about the lie, too. She only made up the part that went to 'give me something good to eat.' She said the later part — 'if you don't, I don't care, I'll pull down your underwear' - she did not make up. I went to bat for her, insisting to elementary school classmates that my mom, in fact, was the brains behind the song.

Ugh. So embarrassing. She thinks it's hilarious that I believed her."

"There are sooo many I was told. The one lie that really stands out, though, is that I was once told push-in locks on doors will lock you inside of that room forever, and the only way you can get out is if firemen come and break down the door. It was for my own safety — I once had an incident where I'd accidentally locked myself in my grandma's bathroom — but to this day I'm still like 'Hmm . . . what if?'"

"In my neighborhood growing up, business owners would often toss out little plastic baggies containing business cards or flyers onto our driveway. To keep them from flying away, each bag contained a handful of rocks. When I asked my dad about the rocks, he thought it would make more sense to explain to 6-year-old me that the baggies existed to sell the rocks. It wasn't until I was a teenager that my sister explained to me the real reason for the rocks (much to my embarrassment). To this day, as hilarious as the story is, I still can't comprehend why my dad thought it was easier to lie than to tell the truth!"

"My grandma had a red mole on her nose, and when I used to ask her how she got it, she always told me, "A bear bit me!" I spent so much time trying to figure out how a bear could leave such a tiny bite. Like, was it just one gentle fang? It seems so silly looking back, because obviously a bear could not be responsible for a red mole. The hilarious thing is, when I got older, I found out that she was actually saying bird (she had a pretty thick accent), so bears were never even involved. But still! A bird attack was not to blame for her mole, either."

"When you would pull your bottom eyelids down for a Scream type face, or cross your eyes, and your mom would say to stop because one day they might stay like that. If I ever pulled one of those faces, I would time myself two seconds because then it wouldn't get stuck!"

Growing a Plant In Your Body

"When I was little, my grandma used to help me plant the pits and seeds from my fruit into pots because she said they would grow. One day I swallowed a cherry pit and called my mom hysterical, thinking a plant would grow in my stomach. I couldn't have been THAT young either, because I still remember how scared I was."

The Beloved Boogie Board

"My family still teases me about the time we went to Hawaii. I was around 7 or 8 years old and my dad bought me this really cool boogie board with palm trees and flowers on it that I used the whole week of our vacation. The last day of our trip arrived and my dad said he was going to throw the boogie board away so he wouldn't have to bring it back on the plane. I begged him to pack it, so he told me he would get up in the morning and take it to the post office and mail it home. The next morning, I saw him leave our hotel room with the boogie board and was so happy I'd get to keep it. We flew home that day and I patiently awaited the arrival of my beloved boogie board. For weeks I complained to my dad about it not arriving, and he suggested the mail must have lost it. Flash forward 10 years — something I bought online was actually lost in the mail and I said to my parents, "It's just like that time they lost my boogie board!" They, of course, died laughing. My dad had never sent it in the mail. He said he left our hotel that morning with it and just left it on the beach for someone to take. So sad."

"When I was a kid, I cracked my knuckles a lot. My parents were pretty sick of hearing the constant popping noise, so one day, my dad poked a bunch of holes in his knuckles with the tip of a pin and told me that's what happens when you crack your knuckles too much. I cried. To this day, I rarely crack them."