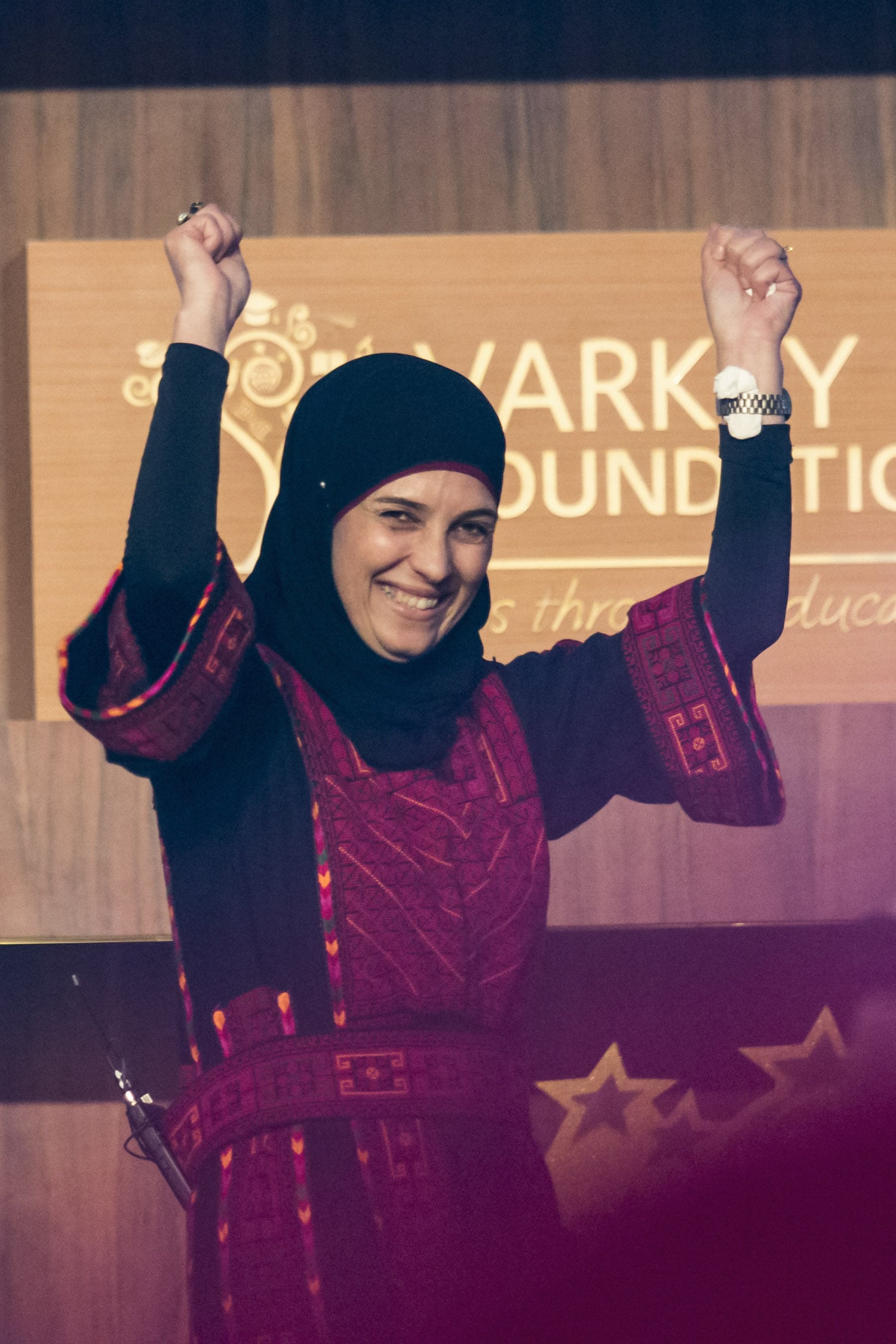 The elementary school favorite claimed the $1million prize in front of famous faces including Salma Hayek, Matthew McConaughey and his wife Camila Alves.

Before enjoying a gala dinner at Atlantis The Palm, she said when her trophy was handed over by Sheikh Mohammed bin Rashid Al Maktoum: "I am proud to be a Palestinian female teacher standing on this stage."

She's an inspirational figure at her school in Palestine's West Bank, and now she's one around the world after being awarded following messages from Pope Francis, former US President Bill Clinton, Vice President Joe Biden and Stephen Hawking.

Hanan was recognized for helping her students overcome the violence around them.

The Duke of Cambridge, Prince William, said: "A good teacher holds the power to influence, inspire and shape a young person's life for the better."

Queen Rania shared her delight on Twitter: "Congratulations to @Hanan_Hroub for winning the Global Teacher's Prize. Your dedication to traumatized children is an inspiration to all."

Watch the speeches below: