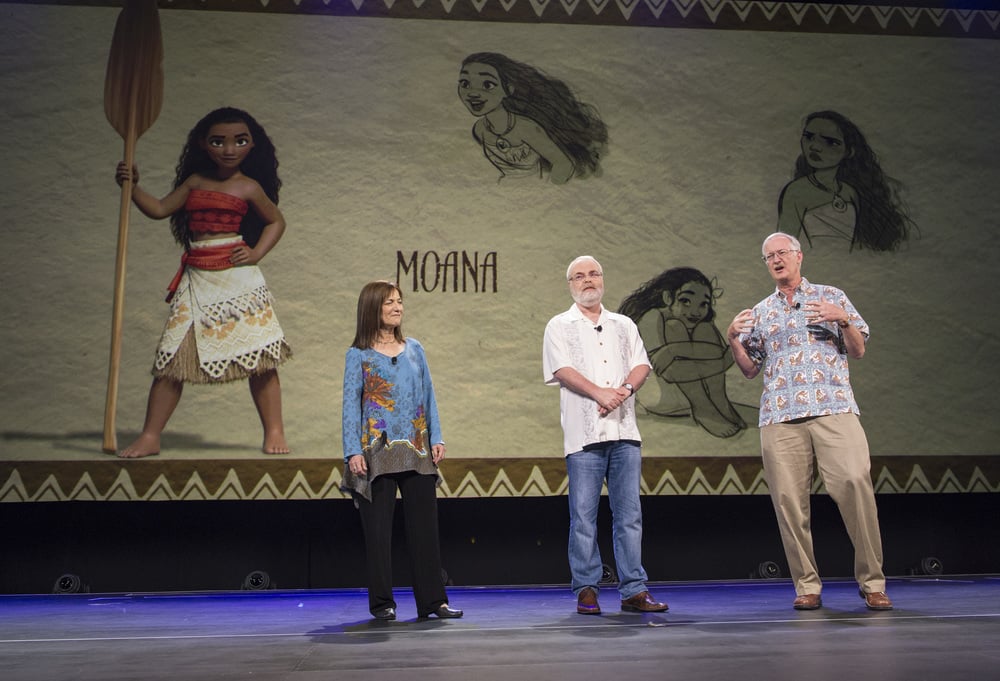 Get the Official First Look at Moana, the Newest Disney Princess

The latest news about Disney's new princess Moana is getting us ridiculously excited. Auli'i Cravalho, a 14-year-old from Oahu, HI, was one of the thousands of girls who auditioned to voice the role of Moana. Watch her find out that she got the part! Now we know what Moana will sound like.

Disney shared the official concept art, a clip, and music from the CG-animated Moana at the D23 Expo, and we finally got a glimpse at Moana Waialiki, Disney's first Polynesian princess. Slated for a Nov. 23, 2016, release, the film follows an adventurous teen heroine in the same vein as Brave's Merida and Frozen's Elsa. Here's a little bit about the movie:

"Directed by Ron Clements and John Musker (The Little Mermaid, The Princess and the Frog), Moana is to tell the story of a spirited teenage girl and 'born navigator' who sets sail in search of a fabled island in the ancient world of Oceania. Along the way, she teams up with a demigod named Maui and encounters mythical creatures and places."

Needless to say, we're excited for another heroic female to take the lead in an animated Disney movie — and we aren't the only ones. Artists around the world have already been imagining what Moana would look like with their awesome fan art on sites like DeviantArt and Tumblr. From the surly to the sexy, see some of our favorite fan art plus the official photos from Inside the Magic now.