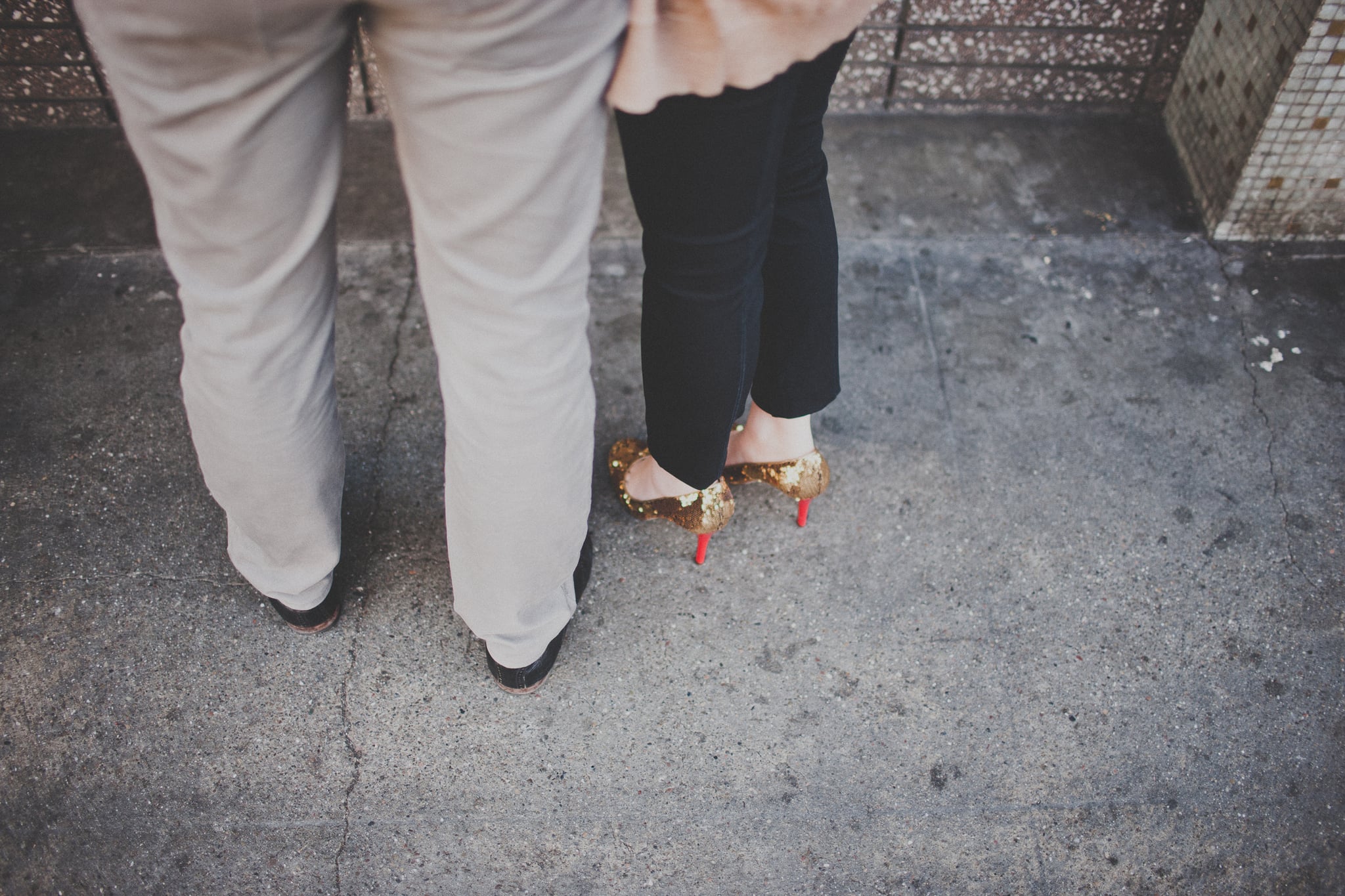 Last year, I met a guy. A perfect guy.

He's charming, funny, sweet, endlessly patient (seriously — he takes my constant button-pushing like a champ), ambitious, handsome, happy. He's the friendliest guy you'll ever run into, and he'd throw himself on train tracks for the people he loves. I knew I got lucky when I met him on Tinder last Summer (yes, good things can come of the app!). We've been together ever since.

The one imperfect thing related to him? His mom.

She's a psychiatrist and a strict Muslim, and she hates me. So much so that I've never even met her, nor am I allowed on her property (which is actually no issue for me — I'm OK with staying far away from her, believe it or not).

I knew what I was getting into when we first met, after my boyfriend explained to me that his mom had become a religious fanatic ever since his dad died about 15 years ago. His mom is from Pakistan, and his birth father is from India. They had an arranged marriage after migrating to the US, where my boyfriend was born.

Growing up an American, there were some serious cultural differences between him and his mom. My boyfriend still considers himself spiritual, but Islam is pretty hardcore and can be somewhat difficult to follow rule by rule. For example, dating is prohibited — hence why there are so many arranged marriages in the faith. Can you imagine meeting someone for a few supervised lunches and then agreeing to bind yourself for life? (My boyfriend describes this as generally how arranged marriages go.) I, personally, can't even wrap my head around it.

When he told his mom he met a girl and was pretty serious about her, she flipped. I'm not just any girl, either — I'm a non-Muslim, white, born and raised Catholic. Basically, his mom's nightmare.

I remember feeling completely guilty about her reaction. I even tried to break up with him a couple months later, because I thought the differences in our backgrounds were too great. Another factor in my attempted split was the fact that his mom literally told him I wasn't allowed in his driveway to pick him up after he had surgery and couldn't drive. (I had to wait a ways down the road.)

Speaking of that surgery, my boyfriend's mom prayed over his hospital bed because she thinks he's going to hell. To hell, because of me! It was too much for me to deal with, and I thought it best for us to part ways. My boyfriend eventually talked me off the ledge. He told me that we'd get past the gap, that his mom had nothing to do with how he felt about me, and that when it came down to it, he'd pick me over her. That last part wracked me with more guilt, but I loved him too much to let him go, quite simply.

And it did end up coming down to that one crucial choice: me. The result is something of an estrangement from his mom. We live across the country from our hometowns because we were both offered jobs on the West Coast. When we fly home, my boyfriend and his mom barely speak to each other. The only reason he'll stay at his mom's place is because he's still close with his stepdad and sister. I can't picture how awkward that household is.

The good news is my parents are very tolerant, and they wholeheartedly approve of my boyfriend. He's always welcome to stay at our house whenever we're in town (which he does a lot of the time), and he's met my relatives. It's impossible not to love my boyfriend, so in a way, I feel bad for his mom. She's definitely missing out.

Overall, I try to be understanding. It used to grind my gears that she wouldn't even give me a chance, but I've come to accept that this is just the way it is, and her beliefs will never budge. Just as I have my own religious values, I must accept hers for what they are.

Honestly, it could be worse. She could be one of those batsh*t crazy, overprotective mothers who can't keep her hands out of our affairs. Quite the contrary: she's sort of just let her son float away like a balloon on a cool, cloudless day. And one day she might run after it, realizing what she's letting go — but I won't count on it.