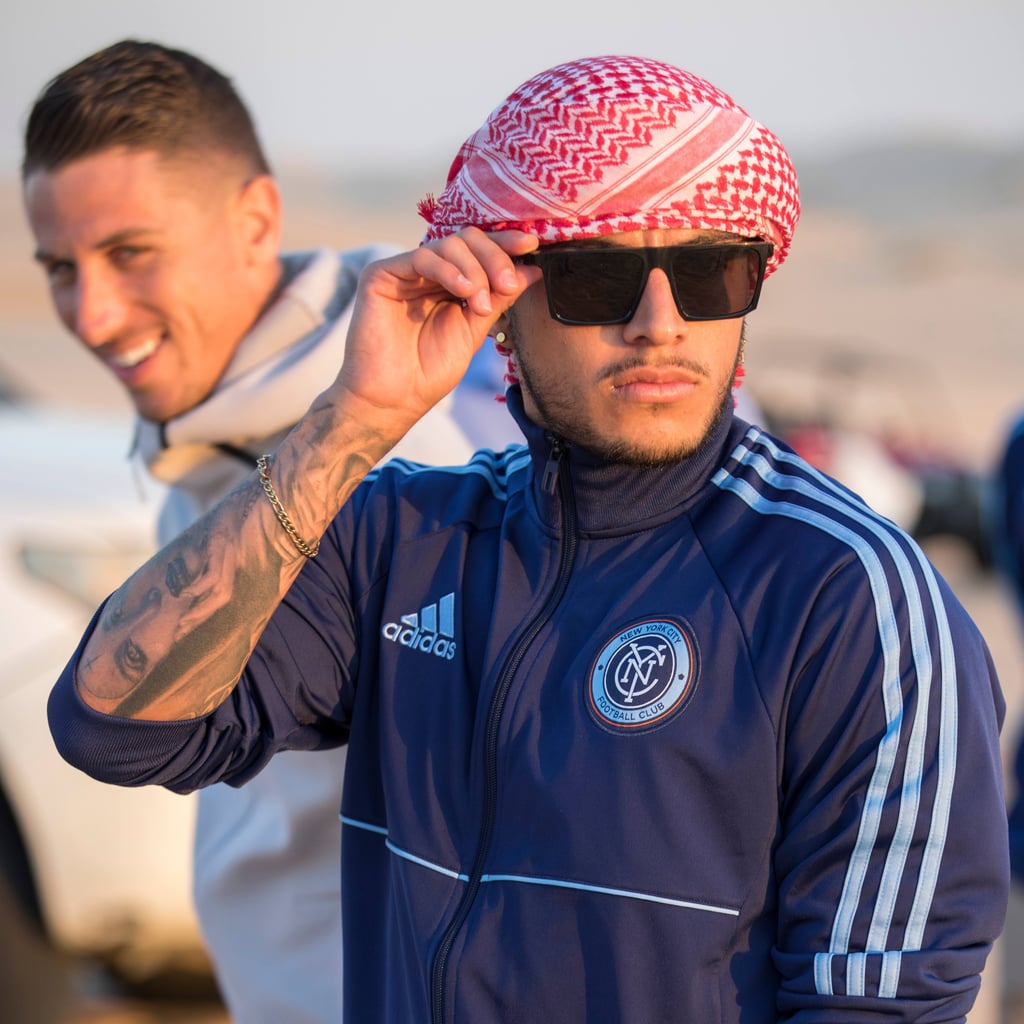 Prepare to do a whole lot a swooning as your peruse the Abu Dhabi photo diary of New York City FC. The Major League Soccer club visited the United Arab Emirates' capital city as part of a sponsorship they have with Etihad Airways and we have two video projects to look forward to from the collaboration, but the trip hardly looked like hard work.

The boys can be seen visiting popular locations such as the Grand Mosque, Saadiyat Beach Club, and enjoying a desert safari in between meeting fans and leading a coaching session with youngsters at Zayed Sports City.

"It's my first time visiting in Abu Dhabi and its a spectacular place," Left Winger Rodney Wallace, who helped Costa Rica earn a bid to the 2018 FIFA World Cup, said. "We have managed to see a lot of sights while we have been here and it was fantastic to coach some of the young children in the Emirate."

"Etihad and NYCFC collectively developed this project to represent our global partnership," Etihad Airways Vice President Marketing Partnerships, Patrick Pierce, said. "Sport, and football in particular, is a unifying language that bonds diverse communities around the world in much the same way travel does."

See the gallery for what the guys got up to.