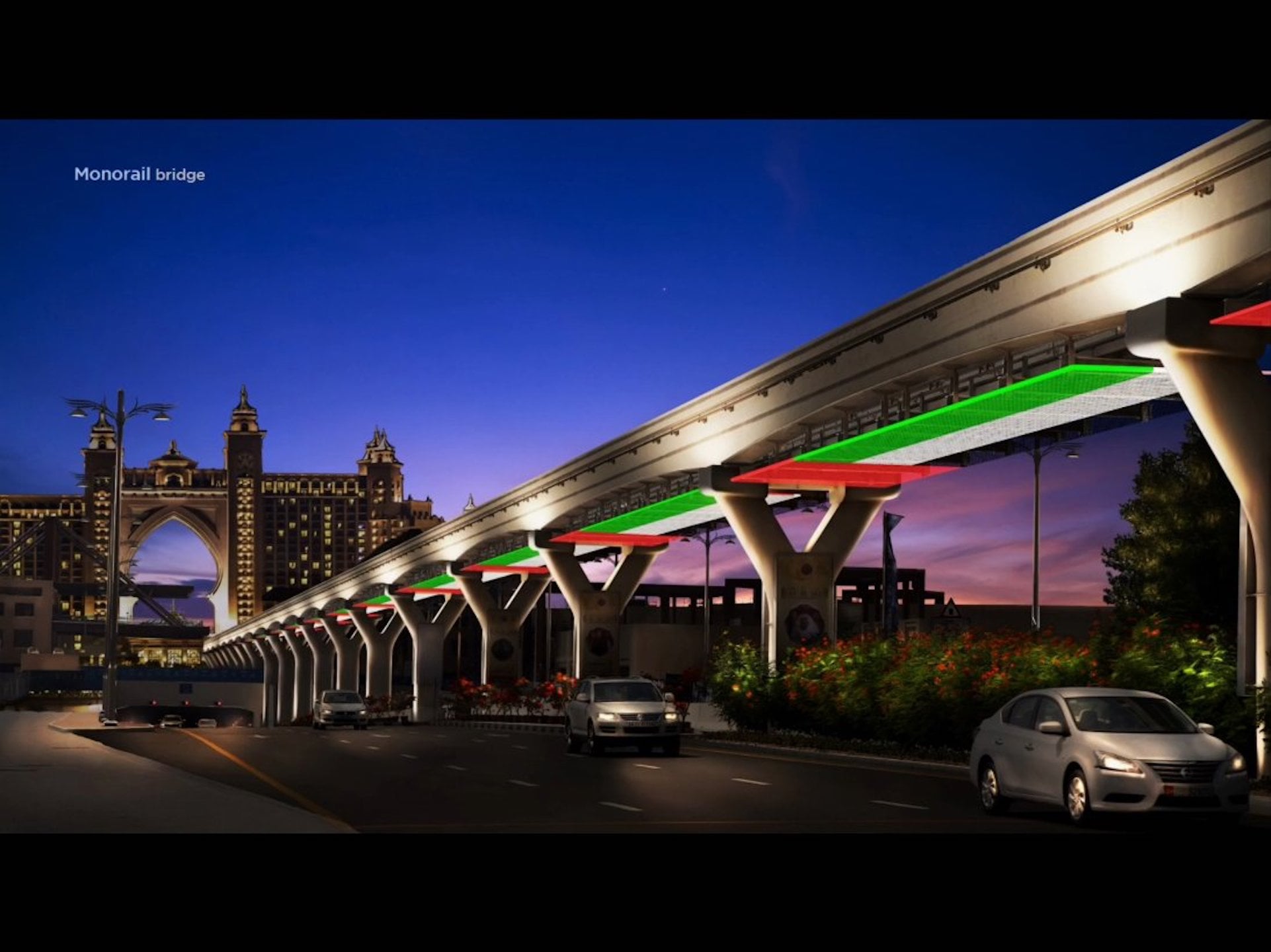 For UAE National Day, the National Day of other countries, or on a number of other of momentous occasions, the Burj Khalifa lights up to recognize whatever holiday we're celebrating. Whether it's the colors of the UAE flag or a picture of Sheikh Mo, when the Burj lights up, it always adds a little something special to the city's skyline.

Now, another iconic Dubai structure is getting a little more colorful, as Dubai's Nakheel Property Developers plans to install 16 meters of lighting along the Palm Jumeirah.

Dubai Media Office Tweeted a series of photos showing the new lighting display, and it's sure to add a festive kick to the Palm this season.

Nakheel to light up Palm Jumeirah with a 16 km display of colour with special displays on key dates such as UAE National Day&New Year's eve pic.twitter.com/goA62W7UhW

There's no word yet on when we'll see the first official lighting display, but with National Day just around the corner, it's likely that we'll see this installation in action in just a few weeks.