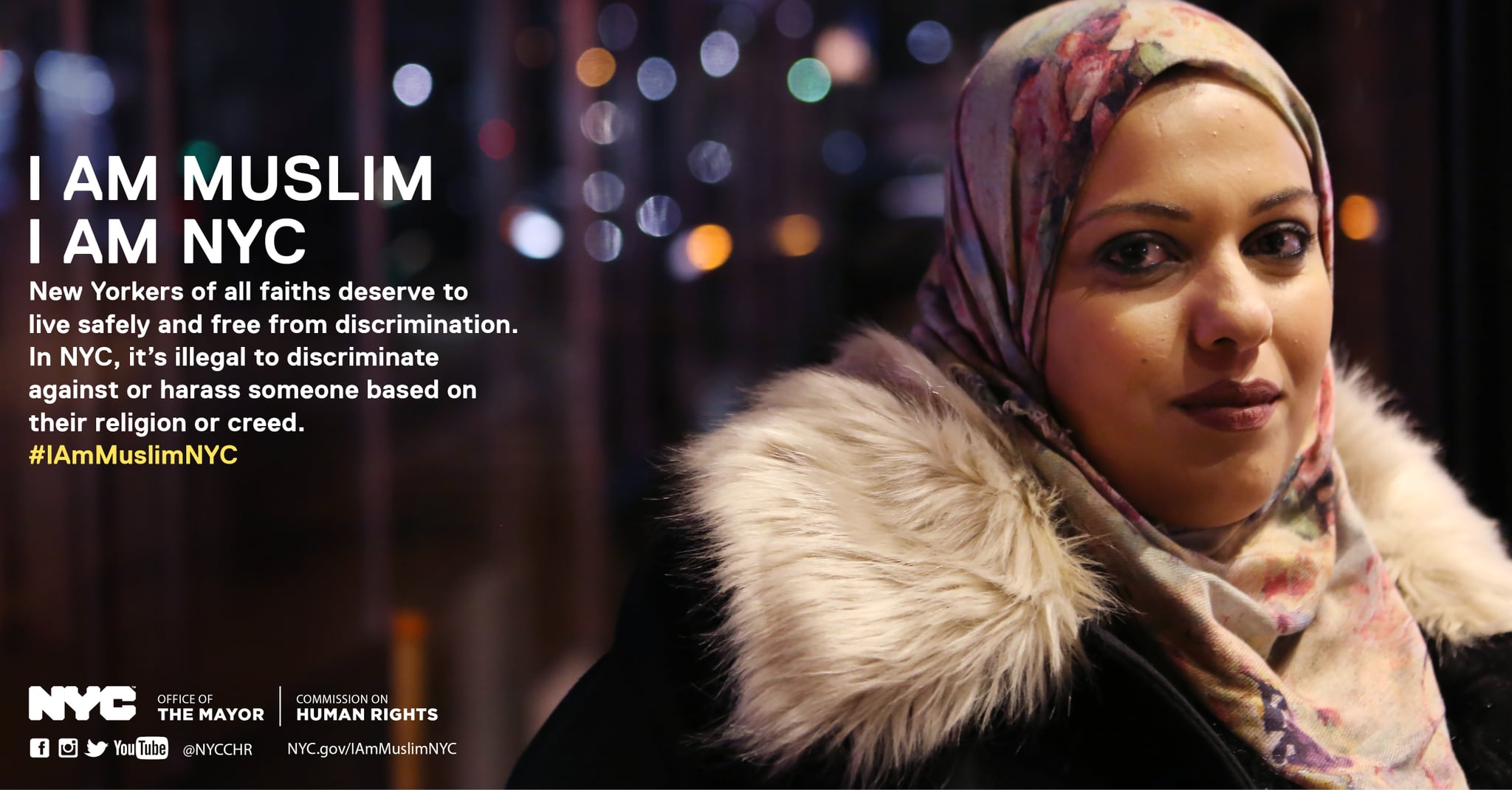 In a powerful new series of ads from the office of the Mayor of New York City and The Campaign on Human Rights, Muslim New Yorkers are featured on posters around the city along with the words "I am Muslim. I am NYC." 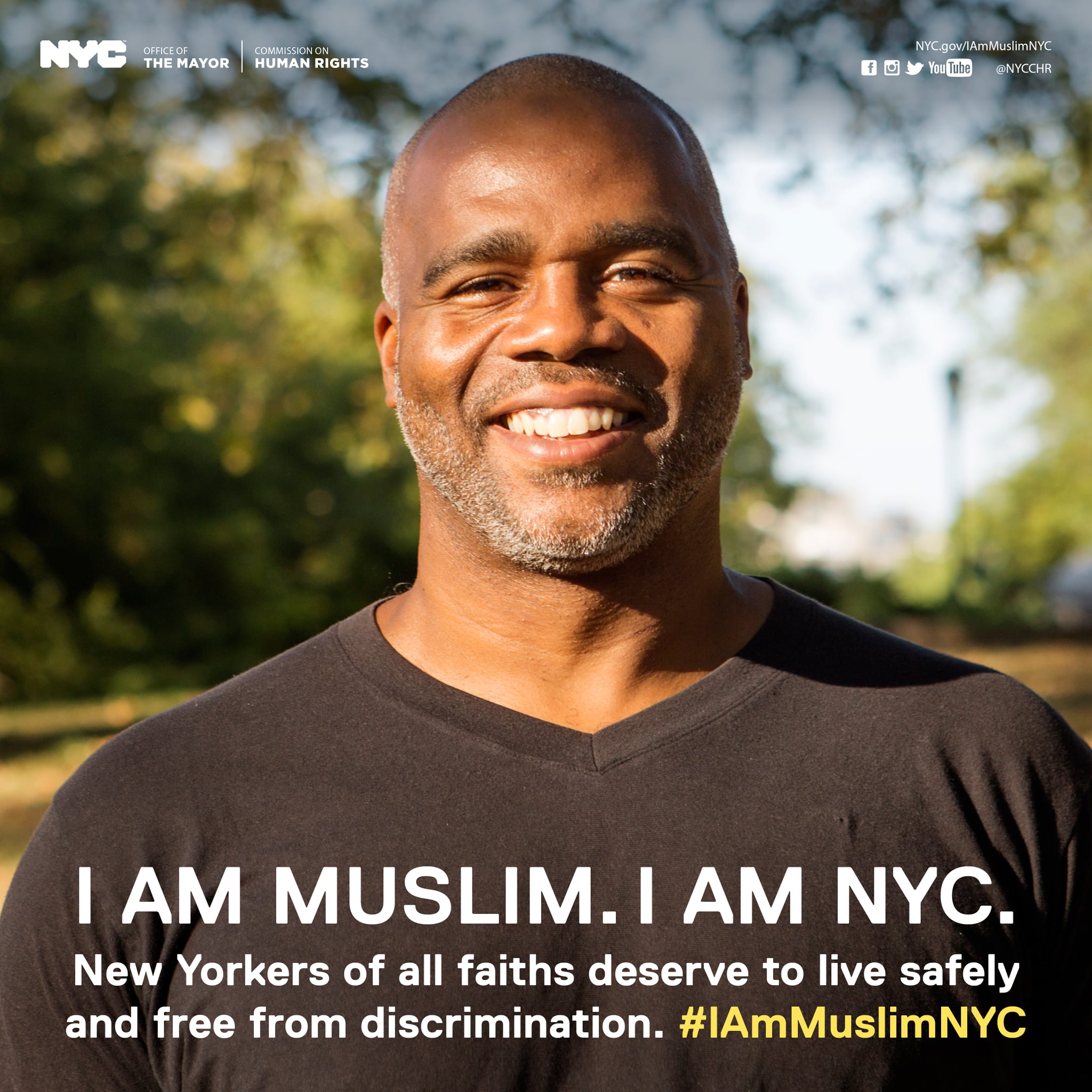 The aim of the posters is to create a conversation on social media under the hashtag #IAmMuslimNYC, and those who choose to participate can do so on Instagram, Twitter, and Facebook.

The campaign is more than just a social media stunt, though, and the city has a number of initiatives in place over the next few months. Other programs include: 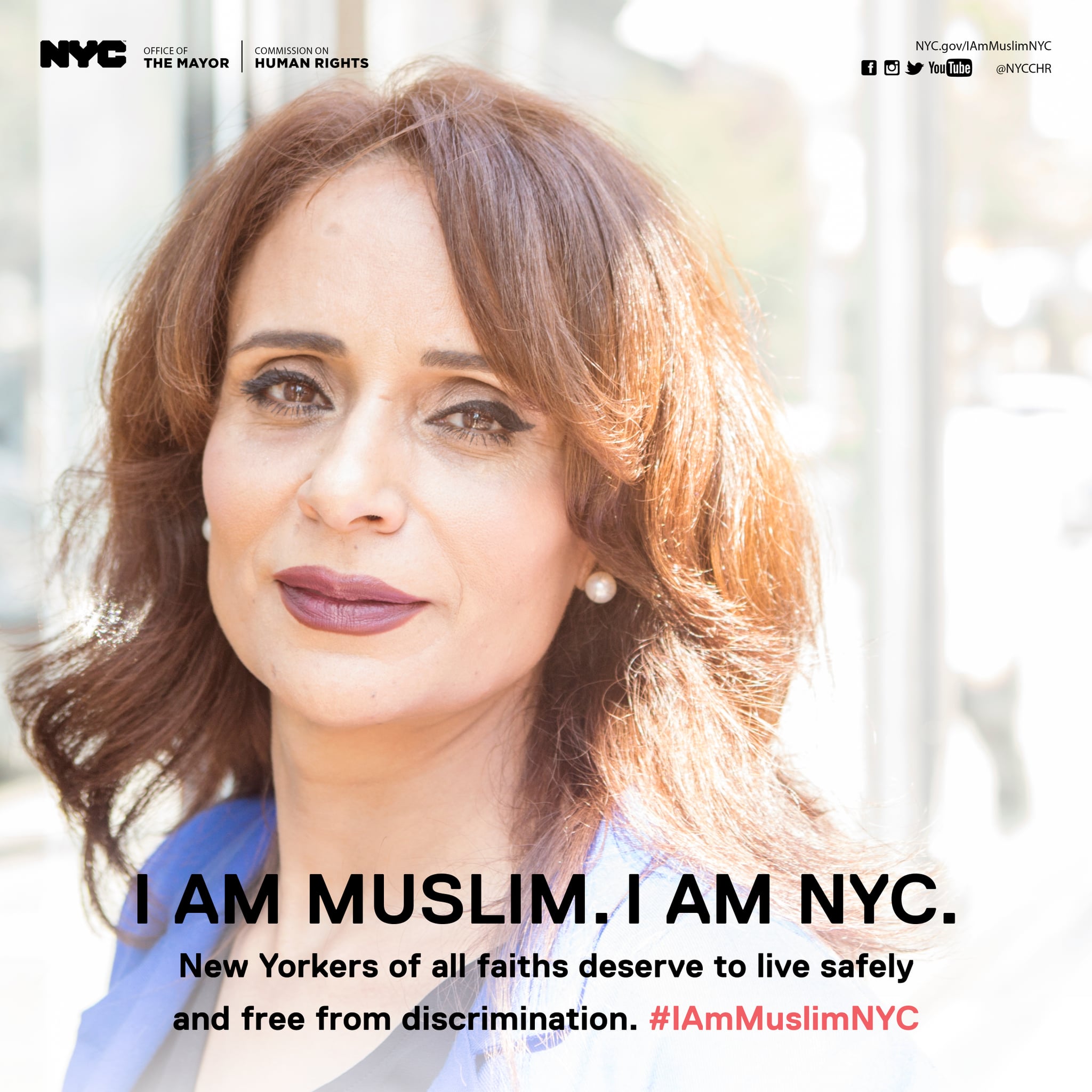 Hopefully the campaign will help support the Muslim community in NYC, and work toward a more accepting city! 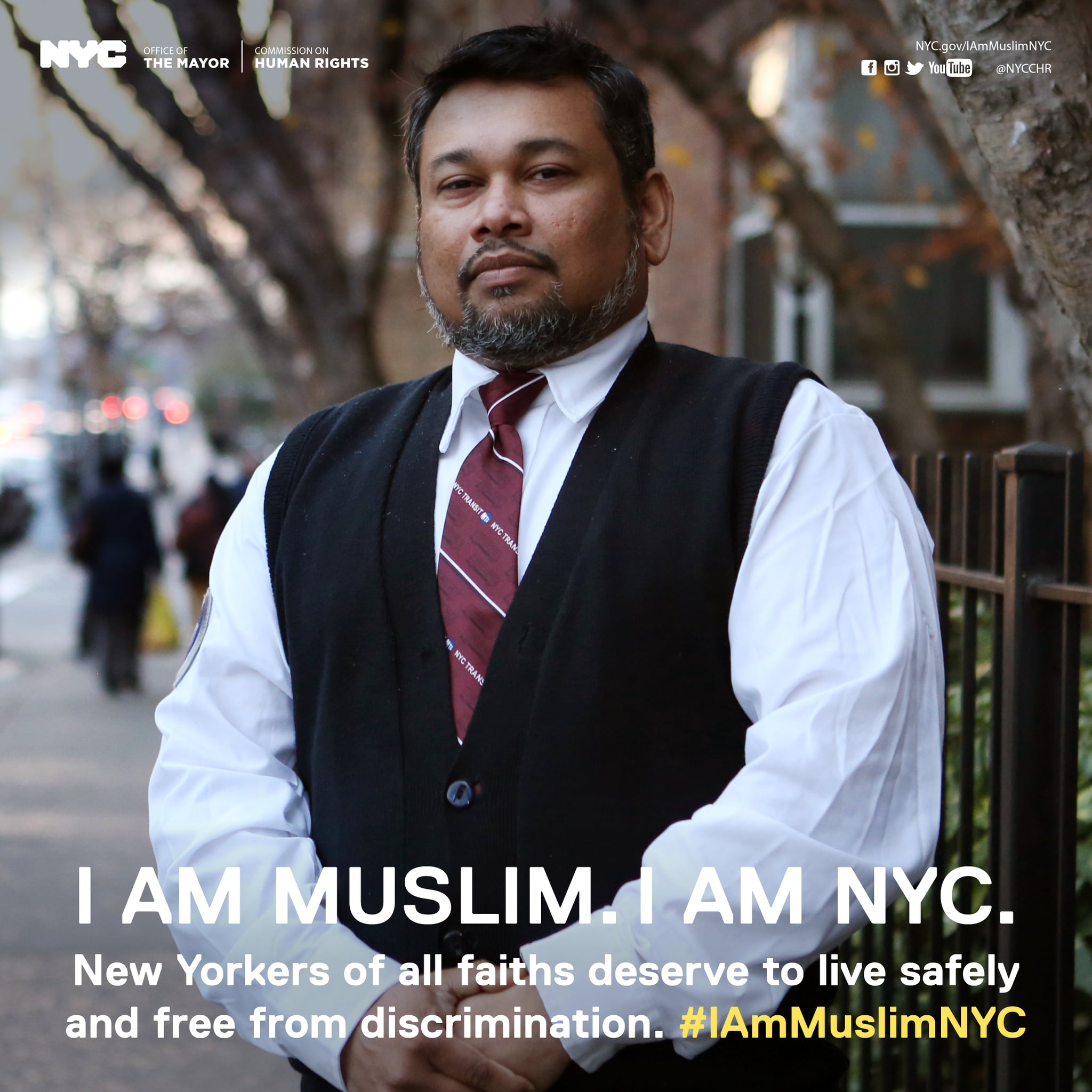